YouTube TV vs. Hulu Live: Which Cable Replacement is Better?

YouTube TV and Hulu Live are two popular live TV streaming services. We compare the two choices to see which is the best choice to cut the cord. 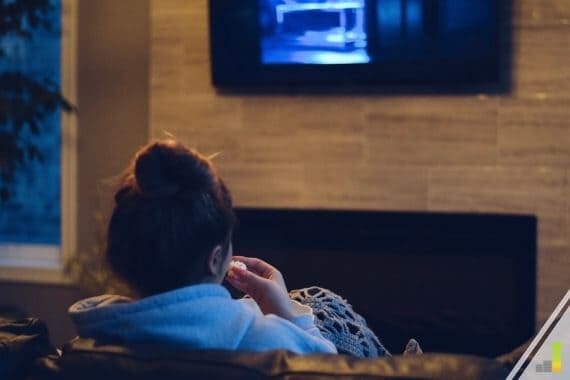 If you are looking to cut the cord and save money on your TV costs each month, YouTube TV and Hulu with Live TV are worth considering.

Although there is a number of similarities between the two streaming services, they also have some important differences.

These include variations in original programming and the number of screens you can watch TV on at once.

In this article, we will help answer whether YouTube TV or Hulu Live is the better live TV streaming service for cord-cutters.

How Much Do the Two Live TV Streaming Services Cost?

YouTube TV costs $65 per month and Hulu Plus Live TV costs a bit more at $69.99 per month. Both cable TV alternatives have one base plan.

However, Hulu with Live TV has several add-ons that increase functionality.

For an extra cost, you can get additional simultaneous streams or a no-ads version. Hulu Live did add the Disney bundle with its price increase in December 2021.

This lets users get Disney+ and ESPN+ with a subscription to Hulu Live.

Both streaming TV services are easy to set up, have no hidden fees, and can be started, paused, or canceled at any time without penalty.

A free trial is not offered with Hulu Plus Live TV. However, YouTube TV does offer a trial to let you try the service before subscribing.

YouTube TV bounces between one and two-week free trial periods.

However, there are a few differences in the channel comparison between the providers.

YouTube TV and Hulu Live have roughly the same amount of channels at around 80.

*Related: Are you a basketball fan, but want to ditch your expensive contract? Read our guide on how to stream NBA games without cable here and save big bucks.

Hulu Live recently added much of the Viacom family of channels. Read our guide on their channel packages here to learn more about what they carry.

When comparing Hulu vs. YouTube TV, many people want to know if local channels are included.

Cable and satellite TV providers used to be the only way to get local networks. Fortunately, that is no longer true.

Both streaming services carry all the major local affiliates. This means that you can cut the cord on cable and get ABC, CBS, FOX, NBC, and many more popular channels with either of these live streaming options.

Unfortunately, local stations come with an added cost as both streaming platforms must pass on broadcast retransmission fees they incur.

If you want to save more money, you might want to choose a lower-cost live TV provider and pair that with an over-the-air antenna to get local TV stations.

Read our guide here on how to do that.

*Related: Read our guide the best ways to watch the ABC live stream without a contract and get your favorite network shows.

Which Sports Channels do YouTube TV and Hulu With Live TV Have?

Getting live sports is essential for many cord-cutters. Neither cable replacement will disappoint.

YouTube TV has about six more channels airing sports than Hulu Live. It is also the only streaming service that carries the MLB Network and NBA TV in its base package.

If you are a professional sports fan, this could tip the scales in favor of YouTube TV for you.

Being a Disney-owned company, Hulu Live carries all the ESPN networks and will soon have rights to air NHL games, including regular season and playoff matches.

Here’s a glance at what sports channels each cable alternative offers.

If you prefer college sports, both services will meet your needs. However, if pro sports are of greater interest, YouTube TV is the superior choice.

Both services offer the ability to customize your viewing experience with premium channels and other packages that can be added for an extra cost.

YouTube TV lets you add the following channels, and more, for costs that range from $5 to $14.99 per month:

For an extra $7.99 per month, it also offers an Entertainment add-on with 16 channels, including Cooking Channel, Discovery Family, and Nick Toons.

*Related: Read our analysis of the HBO Max on-demand streaming service to learn more about the platform.

Hulu with Live TV offers a Sports add-on for an extra $9.99 per month with six channels including NFL Red Zone and the Sportsman Channel.

There’s even an Español add-on with seven channels for $4.99 per month.

Finally, Hulu Live subscribers get ESPN+ and Disney Plus for no additional fee in the base package.

While YouTube TV’s add-ons won’t replace ESPN or Disney Channel content, they are terrific supplements to the parent network.

If you can stick with the included two streams, that’s not a horrible price.

You’ll get your local channels, all the popular networks for news and sports, a ton of extra sports content on ESPN+, and the entire Disney plus library.

Hulu is well-known for its original content. As you can imagine, it has more on-demand titles than YouTube TV.

Handmaid’s Tale, Little Fires Everywhere, and The United States vs. Billie Holiday are just a few of the award-winning original series and movies on the streaming service.

Hulu is constantly adding new shows and movies that are entertaining as well as interesting to watch.

On the other hand, YouTube TV’s original offerings haven’t fared as well or been as abundant. You can get YouTube Premium, but it comes at an additional cost.

Choosing the best service for you may come down to what you prefer to watch.

Which Service Has the Better Cloud DVR?

Recording shows and games is vital for many would be cord-cutters. Until recently, YouTube TV was an easy winner for the better cloud-based DVR.

Recordings are kept for nine months and then deleted, but there is no limit to what you can record.

As of April 13, 2022, Hulu Live will have a vastly upgraded their DVR by having it mirror what you get with YouTube TV.

Subscribers will get unlimited recording capacity and the ability to fast-forward through commercials. Recordings remain for nine months.

Previously, the Hulu DVR was much more complicated and nowhere near as good.

The service only offered a 50-hour cloud DVR. But, you couldn’t fast forward through commercials unless you added the enhanced cloud DVR feature for $9.99 per month.

Even with the upgrade you could only record 200 hours of programming. The upgraded DVR is vastly superior.

Both live TV streaming apps have easy-to-use menus and guides. As a result, both offer a satisfying user experience.

The feature of the streaming interface most often used is the channel guide. Comparing the two platforms, Hulu Live has the edge over YouTube TV. 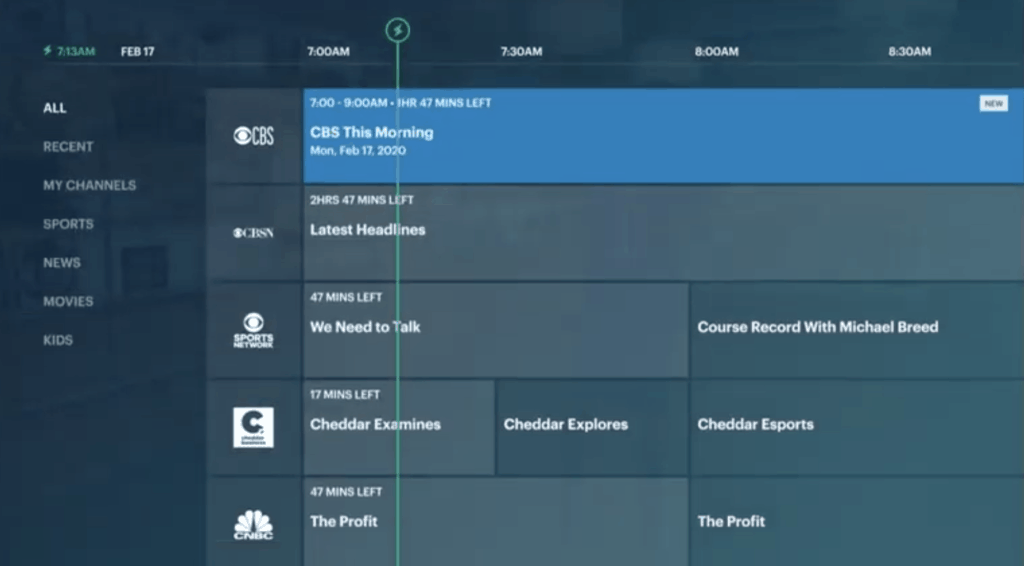 These help filter content and make finding something to watch easier.

There’s also a search feature, which is excellent for when you are trying to find a specific show. 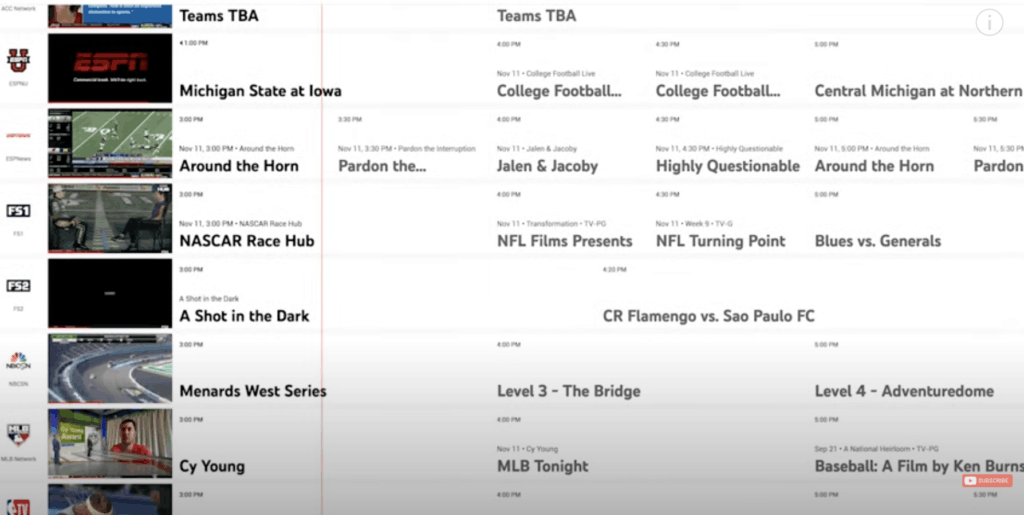 However, it does preview every title in a little box next to the show or movie name, which provides a quick glance at what is on live.

Video and audio quality can be an important factor for some cord-cutters. Both platforms tout 4K video quality, but that is not always 100 percent accurate.

Hulu Live streams in 720p and 1080p with some shows airing in 4K quality. That is most often found with their original shows and movies. A badge will indicate if the show is in 4K.

If you cancel your subscription during that time, but decide to come back you lose the promotional pricing. If you don’t purchase the add-on, shows and games air in 720p and 1080p.

FuboTV is a terrific alternative if video is important to you as they support the most 4K content with no added cost. Read our review of that live TV streaming service to learn more.

For audio, 2.0 stereo audio is standard on both streaming services, but you can get Dolby Digital 5.1 surround sound with compatible devices.

Which Devices Can You Watch Hulu Live and YouTube TV on?

If the device you have has a screen it is likely you can stream either service. Both platforms are available pretty much everywhere and carry the same device requirements.

It’s even possible to watch on your laptop, smartphone, or device.

Many people are interested in knowing how many screens YouTubeTV and Hulu Live will let you watch on simultaneously.

Hulu lets you watch content on two screens at a time with its base package. YouTube TV lets you stream on three screens at once.

The Hulu unlimited screens add-on will let you watch on as many screens as you want at once for $9.99 per month.

There is a lot of competition for YouTube TV and Hulu Live. DIRECTV STREAM and fuboTV are other premium cable replacements that operate in similar fashion.

Both DIRECTV STREAM and fuboTV plans start at $69.99 a month.

*Related: Read our analysis of fuboTV and YouTube TV to learn how the two streaming services compare.

Philo and Sling TV are more affordable services, but don’t include local stations.

You can try many of these services, including YouTube TV, for free before committing.

Then, choose the service that best fits your viewing needs and cancel the ones you won’t use.

If you’re unsure about which streaming app to pick try our free quiz to receive a customized recommendation in under 30 seconds.

YouTube TV was the clear winner before the DVR upgrade by Hulu Live. With the upgrade both services are neck and neck with each other.

Deciding which is best for you comes down to what you prefer. If you need an additional stream, and several more sports networks YouTube TV is best for you.

However, if you love original content and are a Disney fan, then Hulu Live is the better fit. Try both for a month to see which you like best.

What’s your favorite streaming service? How much do you spend on television content each month?