How to Watch ESPN Without Cable 2021: 6 Top Options

Want to watch ESPN without cable but don’t think you can? We share 6 options to get your favorite shows and games without a nasty cable contract. 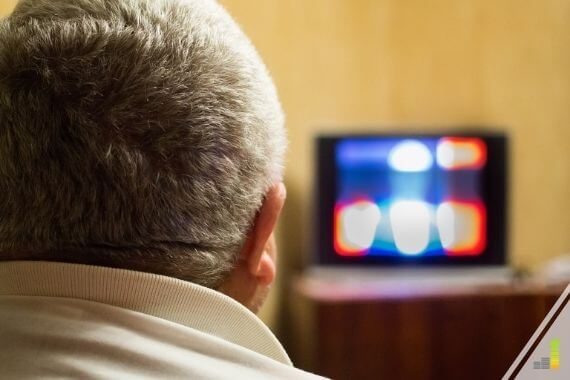 Is losing access to sports preventing you from cutting the cord? If you love college football or the NFL you need ESPN. Thankfully, there are six legit streaming services that let you watch ESPN without cable or satellite.

In this article, we’ll assist you in deciding which option is best for live sports.

How to Watch ESPN Live Without Cable

There are multiple ways to get ESPN without cable, at a fraction of the cost.

If you like to watch Fox Sports 1, many of the same providers also carry that channel.

FuboTV is a sports-first streaming platform. Thanks to its wide array of add-ons, fuboTV is one of the top choices for people who want live sports.

FuboTV includes ESPN and ESPN2 in both of its packages. Its base package, Family, offers roughly 110 channels, which is more than any other live TV streaming service.

The service is a near cable-like replacement, offering popular features such as:

The service also has 4K streaming capability, at no extra cost. And, you get all of your local networks.

What Other Sports Channels Does fuboTV Offer?

ESPN and ESPN2 are not the only sports networks carried by fuboTV. You also get FS1, FS2, and a host of other sports channels.

Some of the top channels include:

The Family package includes approximately 30 sports channels and Elite offers nearly 50. You can further customize your lineup with one of their nine sports-specific add-ons.

If you’re a fan of international sports, fuboTV is your best choice. If you want access to all of the professional sports networks, fuboTV is also your top choice.

Sling TV is the most affordable way to watch ESPN without a TV provider. It has two base packages, Orange and Blue. If you specifically want ESPN and ESPN2, you want to pick Orange.

Blue doesn’t include the sports giant, but it has FS1. If you want both networks, you will need to select Sling Orange + Blue for $50 per month.

Orange has about 32 channels, and Blue 42 channels. The combined package has 50 channels. Think of Sling as close to an al a carte viewing experience.

*Related: Do you want to break free of cable but overwhelmed at where to start? Sign up for our course to learn the steps you need to cancel cable and save $100+ per month.*

One drawback is that Sling only carries Fox and NBC in select markets in its Blue package. You will need an antenna to get your locals.

Read our guide on ways to watch NBC live without cable to learn about other options.

If you don’t have one, they’re available at Amazon, for an affordable one-time expense.

What Other Sports Channels Does Sling TV Offer?

You can add the Sports Extra add-on for $11 per month to increase your sports content. It has 14 channels, including the ACC, SEC, and Pac-12 Networks, as well as the LHN, all of which are popular with college football fans.

If cost is a concern, or you want to customize your sports offerings, Sling TV is your best choice.

Vidgo is a newer player in the cord-cutting space. It’s a terrific way to stream ESPN without cable as it offers the popular network, plus ESPN2, ESPNU, and ESPNEWS.

Vidgo has one base package, and costs $10 less than bigger players like YouTube TV, albeit carrying a similar number of channels.

Some popular Vidgo features include:

Unfortunately, Vidgo doesn’t currently have a cloud DVR. They say one is coming in the future, but there is no set date.

The streaming service focuses on encouraging social interaction while watching TV. It does this by letting users watch shows with friends and family.

What Other Sports Channels Does Vidgo Offer?

Vidgo offers a lot for sports fans. Not only do you get the ESPN family of channels, other popular networks offered include:

Vidgo only offers ABC and Fox. You will need an antenna to get your other local channels.

If you’re an NFL fan, Vidgo is your best choice as they’re the only live streaming service that includes NFL Network and NFL RedZone in its base package.

Hulu Live is a terrific way to stream ESPN online. The cable replacement includes the parent network, ESPN2, ESPNU, ESPN College Extra, and ESPN News in its base package.

Like YouTube TV and Vidgo, the service has approximately 90 channels. You can also bundle it with ESPN+ and Disney+ to get additional sports and entertainment content.

Other notable features include:

Hulu with Live TV includes all local networks, so there is no need for an antenna.

What Other Sports Channels Does Hulu Live Offer?

Hulu Live is a good streaming service for live sports fans. In addition to the full-suite of ESPN channels, other prominent sports networks include:

You can get additional sports action with its Sports add-on. It costs $10 per month and provides six additional networks, including NFL RedZone.

Hulu Live is best for sports fans who also want a wealth of on-demand content.

DirecTV Stream (formerly known as AT&T TV) is another top choice to get ESPN without a cable provider. You also receive ESPN2 in its base package.

DirecTV Stream has four package offerings, with the higher-end ones costing nearly as much as cable. However, those packages also include free HBO Max for three months, as well as other premium channels for free.

Other features of note include:

What Other Sports Channels Does DirecTV Stream Offer?

DirecTV Stream carries ESPN in all of its packages. Other sought after networks include:

YouTube TV is another fantastic way to stream ESPN without cable. The live streaming service includes the main network, plus ESPN2, ESPNEWS, and ESPNU in its channel package.

The service has one plan, with roughly 90 channels. Other popular features include:

In addition to the ESPN family of channels, the service carries other beloved sports channels. Top options include:

If those aren’t enough, you can purchase the Sports Plus add-on for $11 per month. It includes seven additional sports channels.

YouTube TV is best for fans who also want the professional sports networks, not including NHL TV.

How Can I Watch ESPN for Free?

The best way to watch any ESPN channel for free is to take advantage of a free trial to a live TV streaming service.

There is no other way to stream the channel for free. Any website claiming a free ESPN live stream is not legitimate and is often full of spam.

What is the Cheapest Way to Watch ESPN?

Sling Orange is the cheapest option to watch ESPN without cable. At $35 per month, you receive the sports giant plus roughly 30 additional channels.

You can combine Orange with Sling Blue for $50 per month total to also get FS1.

How to Stream ESPN Online

You can watch ESPN online through the ESPN+ app. For $5.99 per month (or $59.99 annually), ESPN+ offers you a way to watch live sports without cable.

While it’s not a replacement to the channel, it does offer additional sports content that isn’t available on the network for a low monthly fee.

In addition, you can watch live boxing (including PPV events), cricket, rugby, and tennis. If you don’t need access to all ESPN live sports content, ESPN+ might be a good option.

Read more about the platform in our ESPN+ review.

If you want to watch ESPN without cable, the cable alternatives are a better choice.

When you consider that cable subscribers pay $7.21 per month for ESPN and $9.06 for ESPN, ESPN2, ESPNU and the SEC Network), paying $20 – $40 per month for a streaming service makes more sense.

Can You Watch ESPN on Apple TV, Chromecast, Fire TV, or Roku?

Yes, it is possible to get ESPN with any streaming device.

All of the streaming providers have apps for the major devices.

Additionally, all of the streaming platforms have apps that work with iOS and Android and most Mac and Windows-based computers.

If you are tired of paying for cable, but losing access to live sporting events scares you, you have options.

From Sling Orange at $35 per month to fuboTV for $64.99, there are excellent, contract-free ways to watch ESPN without cable. Both offer reliable service, for far less than your cable contract.

If you want to watch SportsCenter without cable and other sports content, a high priced bill is no longer necessary. Pick a streaming provider you like and pocket the savings.

What is one channel you can’t live without?