6 Ways to Watch CBS Without Cable

Losing local channels is a big reason people stay with cable. It doesn’t have to be that way! Here’s how to watch CBS without cable and save big. 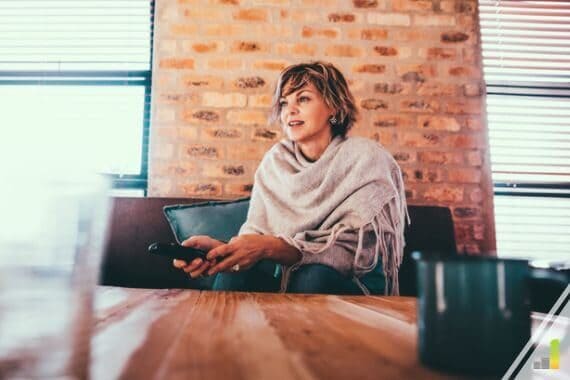 If you are a fan of local network TV, you may think you need cable to watch your favorite shows. This may be keeping you stuck in a pricey contract.

Thankfully, there are numerous ways to watch CBS without cable. The best part is that all of them are cheaper than your monthly contract.

Here are the best ways to cut the cord and get 60 Minutes, March Madness, news, daytime shows, and other content from the broadcast network.

How to Get CBS Without Cable

There are many reasons to watch CBS without a cable provider, but the primary one is to save money.

An antenna or streaming service makes it easy to catch all the network’s programming, including hit series like Survivor, NCIS, and Clarice.

Here are the top ways to watch CBS without a TV provider.

An antenna is the best way to watch CBS for free. While old rabbit ears no longer let you watch your local CBS channel for free, an antenna will.

In fact, you can watch all your local over-the-air broadcasts with a simple antenna.

About ten years ago, TV signals switched from analog to digital. As a result, newer antennas became necessary to pick up your local CBS affiliate.

While the programming is free, there is a one-time upfront cost of about $50 to purchase an antenna.

After that, you can stream CBS and all your local stations for free for life.

If you live within 60 miles of your nearest broadcast tower, you’ll be fine with an indoor antenna like the Mohu Leaf.

However, if you live farther away than that, you’ll need an outdoor antenna. These are more expensive but still less than cable in the long run.

A quick search on the FCC website will tell you how close you are to your nearest broadcasting tower.

This sports-centered live TV streaming service is a solid way to watch CBS without cable. Plans start at $74.99 per month, plus RSN fees, and include local channels as well as 43 of the top 50 Nielsen-ranked channels.

These plans also come with 1,000 hours of cloud DVR space and the ability to stream on ten screens at once.

FuboTV carries one of the best collections of 4K content and international sports in the streaming space.

In all, you’ll get more than 140 channels and the ability to watch CBS online for less than half the cost of the average cable contract.

However, there are no Turner network channels. Plus, it is on the more expensive end of the streaming spectrum. This will pose a problem come time for March Madness.

Read our guide on how to watch March Madness without cable to learn of other streaming services that let you stream the NCAA basketball tournament.

If you upgrade to the Elite plan, or add on different channel packages, your price can increase quickly.

In spite of the minimal downsides, fuboTV is one of the top live TV streaming services that carry CBS.

To learn more about the service, read our fuboTV review.

When AT&T purchased DIRECTV, it absorbed its live TV service and called it AT&T TV. It’s since changed again to DIRECTV STREAM and is another way to watch CBS for less than cable.

To get CBS you’ll need the ‘Entertainment’ plan starting at $74.99 per month, putting it on the higher end of the cost spectrum.

However, this is the base package and includes dozens of popular national networks along with 45,000+ on-demand titles.

Unfortunately, cloud DVR recordings expire after 90 days. Plus, a voice-activated remote costs an extra $5 per month.

While this is a way to get CBS without cable, it’s not the most cost-effective option.

Nevertheless, if you are an AT&T customer, it may make sense to cut cable and bundle this option with your phone plan.

Do you want more than just a live broadcast of CBS? The network’s streaming platform, Paramount+, offers movies and exclusive originals. It also carries the CBS live stream.

Originally branded as CBS All Access, Paramount Plus is a great way to watch CBS live.

Paramount+ offers two plans. These include a limited commercial option without live TV for $4.99 per month and an ad-free plan with four stations of live CBS programming for $9.99 per month.

If you want to watch everything on your local CBS station plus CBS News, CBS Sports HQ, and ET Live, choose the more expensive plan.

It’s also the best way to watch Star Trek shows and movies if you’re a fan of the franchise.

Sports broadcast on Paramount+ include soccer games from the Champions, Europa, and Women’s leagues.

While that is a ton of content, it may not have every show or all episodes of every show you want to watch.

The service does offer a free trial, which is a great way to see if the monthly cost is worth it to you.

If you want all the basic cable channels plus original series and on-demand content, Hulu Live is an excellent way to watch CBS without cable.

Hulu Live carries all the local networks and Turner channels. It costs $69.99 per month and includes all the popular networks like ESPN, HGTV, and CNN.

As of April 13, 2022 the service will include an unlimited cloud DVR with the ability to fast-forward through commercials. This makes it fairly competitive versus other live TV streaming apps.

Unfortunately, you have to upgrade to watch on more than two screens.

Still, its library of titles available to stream anytime puts it ahead of almost every other streaming service.

Read our Hulu with Live TV review to learn more.

At $65 per month, this streaming service is not the cheapest option. However, YouTube TV does have the most generous cloud DVR offering in the streaming space and a terrific way to watch local channels without cable.

You can stream on three screens simultaneously and record an unlimited amount of content. It’s arguably the most simple of the streaming plans.

There’s just one plan, one price, and all the features are included. All your local channels and the most popular networks are offered in this plan.

Premium channels can be purchased for an extra fee.

There’s no reason to stay in an overpriced cable contract just to watch CBS live.

Cut the cord and watch CBS for free with an antenna. Alternately, purchase a low-cost subscription from Paramount+ or another streaming service to get live TV programming.

If you watch a lot of sports and want a more cable-like experience for half the price, try fuboTV free for a week. No matter which option you choose, ditch cable and start saving money today.

What’s one channel that keeps you from cutting the cord?