Streaming devices are a great tool to help you cut the cord. We review the 5 best alternatives to Fire TV Stick to find the best one for your needs. 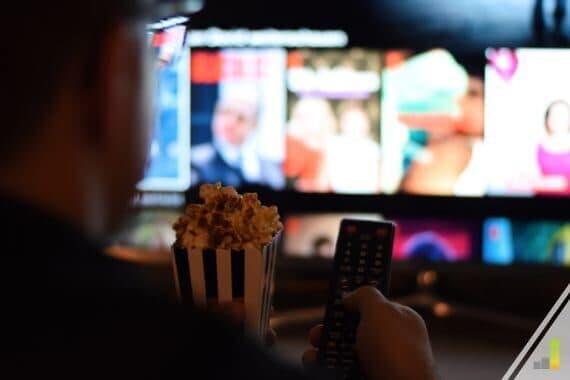 Streaming dongles are an essential part of cutting the cord on cable. If you don’t have a smart TV with apps built into various streaming services you need a device to connect to your set to watch your favorite TV shows and digital movies.

However, the are a lot of options to consider and not all devices work the same. The Amazon Fire Stick is one popular choice for cord-cutters, but its busy user interface may not be for you, or you may not be a Prime member.

Thankfully, there are other choices that are easy to use and let you stream your favorite content. This guide shares the top five Fire Stick alternatives to help with your entertainment needs.

Best Alternatives to the Fire Stick

The Fire TV Stick is a helpful tool for people who want to cut the cord on cable. But, there are other good options to stream video from the internet.

If you want to learn more about Amazon devices, read our review of the Fire TV Stick to see how it compares to others on our list.

We’ve spent many hours testing various streaming devices to find the best choices for your needs. As a preview, here is how each of the devices compares, at a high-level.

Testing included analyzing apps and features, internal storage, processor, and more. Each of the options includes access to thousands of apps, so they’re all very versatile.

If you need an affordable streaming option, here are the top five Fire Stick alternatives.

Roku is one of the most well-known alternatives to Fire devices. And, it’s as universally used as the Amazon dongle.

In fact, Roku is the company that brought internet streaming on TVs to the masses.

Where Roku streaming devices shine is their app-agnostic approach. The Amazon user interface is often crowded with ads or attempts to push you towards their apps and services.

That is not the case with Roku. All Roku devices have a clean interface with a variety of apps for popular live TV streaming services and other services.

Once you launch Roku you can access any streaming service without needing to log into any of them.

Here are the key tech specs of the Roku Streaming Stick+:

One area where Roku falls behind is internal storage and memory, especially in comparison to the new Amazon Fire TV Stick 4K Max.

This may limit you if you regularly download apps.

However, it has a sleek and intuitive remote and interface.

You don’t need to be tech-savvy to use it either. You install the streaming stick into your smart TV and you can start watching shows within five minutes.

As with any Roku device, the Streaming Stick+ offers access to over 200 channels. The Roku channels are often curated content, but there are some live channels available.

If using Android TV is important to you, the Tivo Stream 4K is worth considering. Once thought as only a device to record shows, the Tivo streaming media player is a surprising competitor to the Fire TV Stick.

The Tivo user interface isn’t quite as clean as Roku, but it’s less busy than Amazon. It aggregates content from different streaming services.

Here are the key tech specs of the Tivo Stream 4K:

The Tivo platform offers a variety of curated and live TV networks. It incorporates services like Pluto TV to offer this to users.

If you want a device with 4K playback and respectable download speeds, the Tivo device is worth a look.

The Chromecast with Google TV is a completely overhauled version of the initial Chromecast. The upgrade has made the device a worthy alternative to the Fire Stick.

The one drawback to Google TV is the service pushes users heavily toward Google products. For example, the only live TV streaming service it only incorporates YouTube TV in the interface.

You can add other live services, but that can be a hassle. The included remote is also a bit wonky, missing universal rewind and fast-forward buttons found on other remotes.

Here are the key tech specs of the Chromecast with Google TV:

If using Android TV boxes is important to you, the Chromecast can be a good option. The Tivo device is usually about $10 cheaper and operates on the same platform, so that might be a better choice.

However, if you have a Google powered smart home the Chromecast is a compatible device opening up additional features.

If you want a higher-end experience, the Apple TV 4K is an option worth considering for streaming content. It is also the most expensive device on our list, and more of a streaming box than a dongle.

However, if you’re an Apple fan, the box may be worth the cost. Unlike other Apple products, the TV 4K plays nice with a variety of video streaming services.

Another nice feature is amped up RAM and storage that you won’t find on other streaming devices.

Here are the key tech specs of the Apple TV 4K:

If you are an Apple family, the Apple TV 4K delivers a seamless fit with all the other tech in your home. It offers high-quality streaming, so videophiles won’t be disappointed.

*Related: Are you a Disney fan? Read our review of the Disney streaming service to learn how to get all Disney content in one location.*

Like other devices, the Apple TV 4K does tend to push you towards their respective app. Fans tend to love all things Apple, so this may not be an issue for you.

The company does provide a free three-month trial to Apple TV to help somewhat defray cost.

The final entrant is a budget streaming stick from Walmart – the ONN FHD Stick. The device has modest streaming capabilities, but if you don’t need a lot of bells and whistles it can work for you.

The ONN device operates on the Android system, so there’s some similarities with what you’ll find with Tivo or Chromecast. But, it feels as if the dongle was created for streaming years ago and not terribly current.

While Walmart tries to make things intuitive, it falls short. For example, the remote has buttons for four services – YouTube TV, Netflix, Disney+, and HBO Max.

Related: Read our review of the HBO streaming service to learn more about that platform.

That’s fantastic, but you can’t reprogram them. So, if you don’t use those services the buttons are useless. But, the user interface is simple to use and it’s easy to get to the content you want.

The ONN Stick usually retails for $25. If you have the funds, it’s worth it to spend up a little to get a better streaming stick.

What is Better than Fire Stick for Streaming?

The Roku Streaming Stick+ is a better choice to stream content than most Fire devices. Where Roku devices shine is their simplicity.

You aren’t forced to wade through lots of ads, or pushed to one service over another. It’s app-agnostic approach makes it simple to watch your favorite shows and movies.

The Streaming Stick+ is a middle of the road device for Roku. If features like Ultra HD are important to you, you can upgrade to a suitable device and still receive the same simple interface.

If you prefer an Android-based platform, the Tivo Stream 4K is a good choice.

Which is the Most Powerful Fire Stick?

The Fire TV Stick 4K Max is the most robust dongle from Amazon. The retailer has four dongles, from Lite to the 4K Max, but lower-end options are noticeably slower.

The 4K Max supports up to 4K Ultra HD, Dolby vision, and Dolby Atmos. It also incorporates Wi-Fi 6 support. You also get 8 GB of storage and 2 GB of memory.

In our testing of the device it’s fast and has good picture quality.

The Fire Cube offers expanded memory and storage, but not Wi-Fi 6 support. It’s also a set-top box and not a dongle.

Can You Use Roku and Fire Stick on the Same TV?

Yes, it is possible to use both Fire and Roku dongles on the same TV. As long your TV has two compatible HDMI ports you can have both devices in your TV.

In fact, you can use any of the devices in our list in the same TV. You just need to have two HDMI ports.

There are more tools than ever to help you cut the cord on cable. Fire devices are a great tool to use, but they aren’t always the best choice.

Determine your needs and choose a device that will help you seamlessly watch TV and save money.

What is your favorite streaming media player?