How to Watch FX Without Cable: 5 Top Options 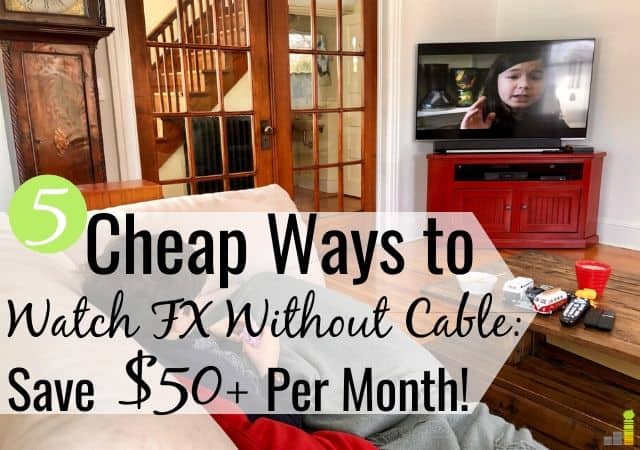 Not too long ago I discovered a gritty, intriguing show about Russian spies in America on FX called The Americans. I was hooked and couldn’t wait to watch new episodes weekly. There was just one problem. I didn’t have cable and I didn’t have FX.

I caught up on past seasons for free on Amazon Prime, but when current episodes aired, I had to wait or pay per episode.

Now, there are more ways to watch FX without cable. FX on Hulu lets me watch the entire series.

And that’s good news for FX fans. There are many FX shows on Hulu, but it’s not the only way to watch FX live.

Let’s dive into how to enjoy FX streaming without a cable contract.

How to Watch FX Without Cable

It used to be that cable was the only way to watch FX. Thankfully, that’s no longer the case. Streaming services have been growing in popularity and affordability over the past ten years.

Today, there are half a dozen solid ways to get FX and none of them involve cable. We list our favorite options in order of the best value.

Sling TV is one of the most affordable and reliable streaming services on the market. It’s been around for a long time and has all the kinks worked out of its menu and channel selection.

If all you’re looking for is this channel, then go with Blue, which also includes 20 more channels than the Orange package and all of the Fox Sports and FS1 regional networks.

In addition to being able to watch FX live, you’ll also enjoy these channels:

That’s by no means a complete list. If you must have ESPN, choose the Orange + Blue package for $45 per month. Any choice will save you money compared to cable.

The average American spends $110 per month on cable. If that’s you, then you’ll enjoy the savings that come with Hulu Live.

This awesome streaming service combines live TV from all the major networks with local channels and a massive library of on-demand content.

It also includes all of Hulu’s original programming, including the very popular Handmaid’s Tale and creepy Castle Rock.

If you’re a fan of Fargo, Sons of Anarchy or It’s Always Sunny in Philadelphia, you’ll love watching FX on Hulu. That’s because it has arranged a special deal to watch FX on demand through its service.

From new shows like Devs and Breeders to the classics already mentioned, you can watch a comprehensive selection of FX original shows.

You get all of this for $54.99 per month. While this might seem steep, it is half the price of cable, which may make it worthwhile for you.

While it doesn’t include live TV, you will get a phenomenal selection of on-demand content, including all the past seasons of FX shows already mentioned.

Vidgo is one streaming service you might not have heard of, but it’s a great deal. It’s core package costs just $39.99 per month and includes nearly 70 channels. Its FX selection is solid, and comes with the following:

It also includes all the ESPN channels as well as the Hallmark channels. Having all three of those network bundles for under $50 is hard to find, so this is definitely worth a look.

What sets Vidgo apart though is its social component. It encourages friends and communities to watch TV together with its included social tools.

The downside to Vidgo is that it does not include local channels or a DVR. However, you can get both other ways if that is important to you, buy purchasing a digital antenna, or the Fire TV Recast or another standalone DVR.

Like so many of the other streaming services listed here, Vidgo offers a free trial. Although shorter than others, you can try it free for three days and see what you think of the platform.

YouTube TV isn’t what you think it is. I used to think YouTube was only for how to videos or other personal or special interest channels.

While it does include local channels depending on where you live and a well-rounded channel offering including CNN, Fox News, AMC, Disney, and Bravo, it’s far from the most affordable way to watch FX online.

Try it free for seven days, but take a look at the other options as well, which may give you what you want, and more, for a lower monthly cost.

AT&T TV Now has a very wonky name, but it’s a pretty standard streaming service. It used to be DirecTV Now, the satellite giant’s contract-free streaming option. However, when AT&T bought DirecTV, it renamed the service.

It offers many popular channels, including FX on demand, but it is not the cheapest way to stream content.

It’s packages and plans start at $55 and work their way up to $135 per month. At that point, you might as well just stick with cable.

Still, things to like about AT&T TV Now include the following:

If you think you might enjoy this service, give it a try for free for seven days.

Can you watch the platform on Apple TV, Chromecast, Fire TV, or Roku?

A common question people have when they are considering cutting the cord on cable is what devices they will need to watch FX without cable.

The good news is that you can stream FX on all of the popular devices and platforms including the following:

If you have a smart TV with one of these apps or Hulu, Sling TV or one of the others mentioned here, you can also watch the channel that way.

You can also watch FX through any of these services on a laptop, desktop, or tablet.

Watch Through the FXNow App

The channel also has an app, which is another way to stream its content without cable.

The FX Now app is free and is available on all the platforms mentioned above, but to use it, you’ll have to login with credential from a cable company or streaming service that offers FX.

Another way to watch your favorite FX shows is to purchase them through Amazon. Before we had Hulu Live, this was how we watched every episode of The Americans, and Sons of Anarchy – our two favorite FX shows.

As Prime members, most if not all of the episodes were available for free.

As we got into the final season, we had to purchase episodes weekly, but still, all together we paid about the same amount that we would to have a streaming service for a month.

It was a good deal for us because we really only wanted to watch one or two shows.

If you enjoy most or all of FX’s programming, it probably makes more sense to sign up for Hulu Live, as you will get access to all shows, both live and on-demand. 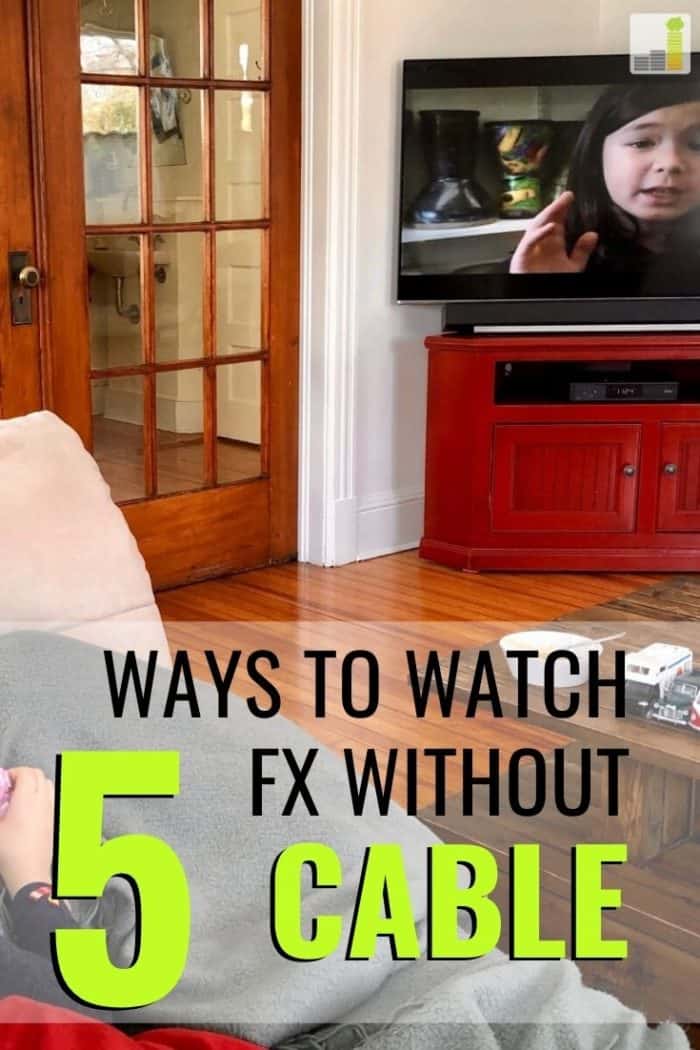 The streaming service revolution has made it easier than ever to cut the cord on cable and still watch all of your favorite FX shows.

Try one or more of the services discussed here for free. Sign up for one free trial after another to find the service you like best.

If you’re looking for the complete experience, with total and unlimited access to all the content FX streams, try Hulu Live or the Hulu +ESPN + Disney+ bundle.

If that’s not as important to you, but you still want FX, try some of the lower priced options like Sling TV or Vidgo, which still include live TV, but at a reduced rate from cable.

Then, axe your high-priced cable bill and put the savings to better use.

How much do you spend on cable each month? What’s one can’t miss channel or show that’s keeping you from cutting the cord?