5 Things I DId Wrong with My Car Loan

Posted on May 16, 2016 by John Schmoll in Money Management 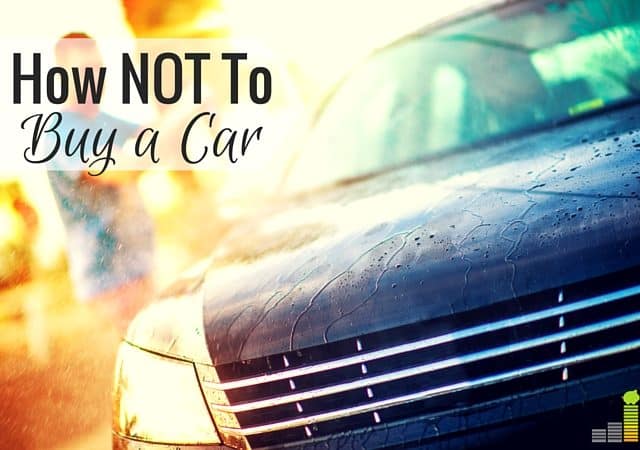 While I’m on vacation this week, please enjoy this contribution from Ramona at PFToday. If you’d like to contribute to Frugal Rules, please contact us.

In almost 40 years of life I got in debt twice; once for a laptop and once over a car. The laptop seems justifiable; not so the car. Read my story and see if you agree.

Back in 2003 I was obsessed with web design, but couldn’t afford a good computer. My boyfriend (now husband) gave me an old computer he repaired and it did the trick for a while, but it was clear that the more complex web work I was doing required a good computer. Money has always been tight for me for as long as I can remember and this was no different. At the time, a loan seemed like a good idea.

I purchased a new laptop and made payments on it for three years. It cost close to $1,200 and it paid for itself fast, since I was able to start my web design business and earn money online. I could have paid off the debt entirely after few months, but the bank had an ‘early payment fee’ I wasn’t interested in paying. Since they would penalize me for paying off my loan faster, I just decided to make the monthly payments as signed initially.

From Laptop Debt to Car Debt

My experience borrowing money for a laptop had been a good one so I used that positive feeling to encourage myself that I could handle a car payment. This time however, the stakes were higher; the loan was larger, the car cost almost $20,000 (the car itself, plus four years of premium car insurance I had to pay), and the terms were longer. I’d have to pay off the loan in 48 months, so it was roughly $420 per month. Pretty tough, compared to the $33 I had to pay monthly for my computer.

Still though, I had no qualms about signing the contract for the car loan. Life was good, I had a great job and made extra money on the side as well.

I was jobless, had a huge car loan payment and business taxes to pay, on top of normal living expenses. These two huge monthly payments brought me to the brink of bankruptcy. Fortunately for me, my web design business really picked up speed (I was working myself sick, but it started growing nicely), so I did pay off my debt.

It wasn’t easy though and it’s not something I’m willing to go through again. Looking back, I can see I made several mistakes with my car loan.

Mistake #1: Not Saving Money Ahead of time

I didn’t really need that car, but my web design business was growing, I had a cool job at a radio station, no family and almost all my colleagues drove nice cars. I could have waited 2 – 3 years to save up the money to buy the car outright but my mistake was not wanting to wait.

Instead, I saved money for eight months until I had 25 percent of the cost of the car. With that amount as a downpayment, I could secure the rest through a car loan. Getting a new car wasn’t a mistake; I’ve had it eight years and it still runs and looks great.

However, I probably could have gotten a better deal on the car had I walked into the dealership with cash in hand to buy it outright. It’s a car I’ll probably drive for at least 6-8 years from now carefree, but I could have saved more money and tried to get a better deal.

If you’re looking to make a major purchase, like a car, a free tool like Personal Capital, can help you track your progress towards your goal.

Mistake #2 – Getting all kinds of useless extras

This is where it gets really funny.

I fell in love with a very specific model that just HAD to be my car. I needed:

I’m not adding the air conditioning, airbag system and an under car shield as useless, although they did cost me extra. The four items I list above were all additions that increased the cost of my car without necessarily adding value. I could have cut them out and saved myself some money.

Mistake #3 – Not shopping around

I got my heart set on a Vauxhall Corsa and that was it. There were many other less expensive options, but I fell in love with it and wouldn’t compromise. Back then, getting that exact car was mandatory, now I realize that it’s just a car.

By getting so obsessed with this exact model I got stuck to one main dealer and their prices, when I could have visited 5-10 dealerships, compared offers, thought it over and found the best deal. I also could have gotten a smaller loan or taken more time to think about whether or not it was a good idea to take out such a large car loan.

Mistake #4 – Not paying attention when making the payments

After three months of sending money in two separate accounts (same bank, but two accounts): the car loan and the separate premium insurance, I made a mistake and sent the insurance money to the loan account.

It’s been eight years and the bank hasn’t YET returned my money.

Of course, they did hunt me for months, saying that I failed to make the insurance payment, even though I kept telling their employees to look to the other account and see my money. In the end, I did have to pay for the insurance again, while the money mistakenly sent to their other account is still there. 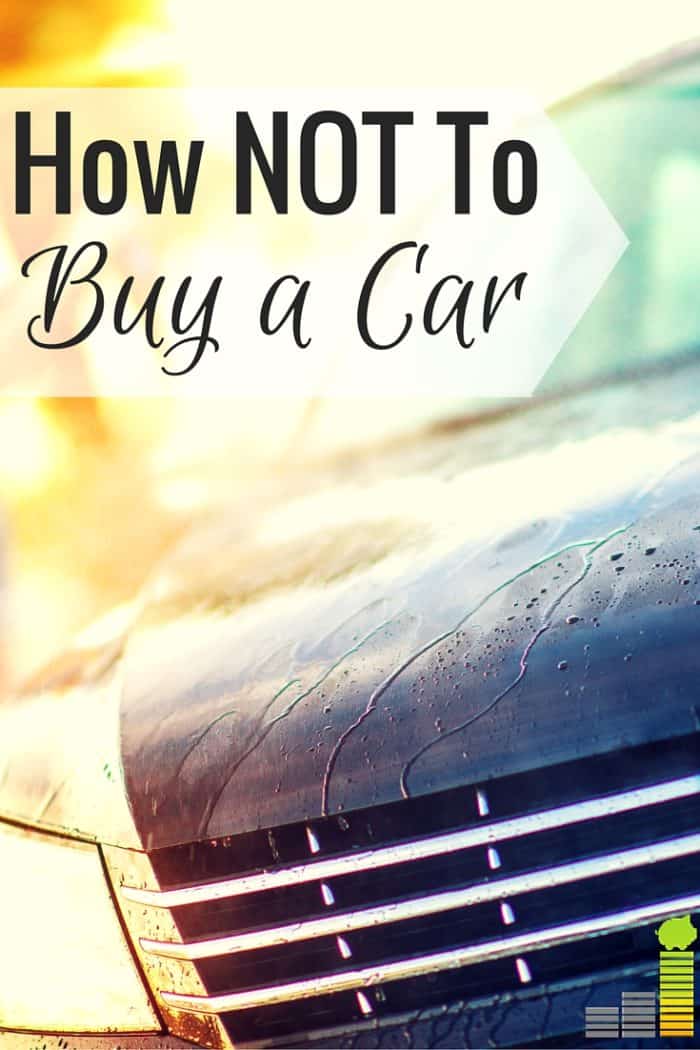 A few months before my loan was paid off, I became too relaxed and careless. My web design business was booming, I was in NYC with my partner, it was all dandy and nice. So I just ignored a payment and used the money to get an expensive DSLR camera and a tablet I had to have.

I made over 40 payments on time; a lot of cars were being repossessed (the recession hit my country really hard) so the banks’ parking lots were filled with useless cars. No one was buying and many weren’t able to make the payments, so new cars would be taken away on a daily basis.

It seemed like no one would care about me not making a payment, when they couldn’t do anything with all the cars people couldn’t pay for anymore.

And yet still I missed one payment and received a citation to send the car to the closest bank office in the city.

After hours of haggling with the bank, I was able to get a ‘deal‘ to re-open the contract, pay all their huge late fees and get the chance to actually pay off my debt and KEEP my car.

After all this time, my loan was paid off entirely and the car was finally mine. The entire experience has been a huge ordeal and I’m happy it’s all over.

What financial purchases have you made mistakes on that, looking back, you would do differently? If you have a car loan, would you buy it again or would you wait and save enough to not have a car payment? What financial decisions are you proud to have made the ‘right’ way?

Ramona is a freelance coach, helping people build a successful online business, even if they have no previous experience. When she’s not coaching or doing web design work, you can find her running around with her 2 year old daughter.