What I Learned About Life Working in Show Business

Posted on November 3, 2014 by Nicole in Random musings, Self Employment 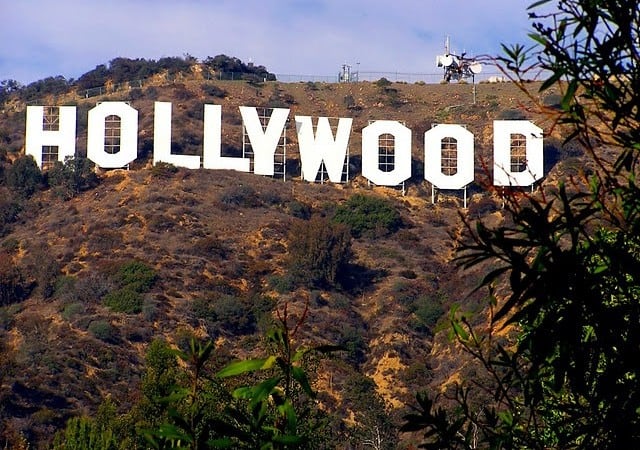 If you’ve been a follower of Frugal Rules for long, you probably know me as Mrs. Frugal Rules – the woman behind the scenes helping edit content (or, as John likes to say, I’m who keeps readers’ eyes from bleeding). 🙂 But, I’m also a professional copywriter with nearly ten years of experience writing for some of America’s top brands and businesses.

A Little Bit About Me

I live in the Midwest now, but before Mr. Frugal Rules brought me out here, I relished thrice weekly trips to the beach, rollerblading around Mission Bay and riding my bicycle everywhere. I was born and raised in San Diego, California but spent a brief stint in Los Angeles after college.

Like many other recent college grads, I wasn’t sure what I wanted to do. I moved up to L.A. and started temping for movie studios. My first gig was transcribing recordings of creative sessions for DreamWorks Animation at their Burbank studio.

It was a beautiful campus, I was paid well and I got to type a lot of pages about movie plots that seemed LSD-inspired.

After a few weeks, I ended up at DreamWorks proper in Universal City assisting the Executive Producer in charge of creating electronic press kits for the studio’s major releases. Here are the movies that premiered while I worked there:

Now, in case you can’t tell from the titles, this was around 2000. I’m sure I’m dating myself here but I worked in the publicity department for the studio in the day when footage was recorded on Beta tapes and messengered around town.

I had a lot of truly great experiences during my time there and encountered more famous people than I probably ever will again, but I also learned a few life lessons that I think apply to anyone, regardless of whether or not you’re working in show business.

While working for this producer, I indicated my interest in film and video editing and she responded by inviting me to tag along to recording sessions with people like Jeffrey Katzenberg and premieres where I met stars like Woody Allen, Russell Crowe, Tom Hanks, Rita Wilson, Blair Underwood, and Steven Spielberg. I helped dig through Amblin Entertainment’s stock rooms to find props for an interview with Robert Zemeckis and overall just had a great time.

When the studio needed volunteers to work a rope line at a premiere or stay late to prepare press roundups for movie releases, I said yes. I got to know my co-workers better that way and made some memories that finally allow me to say ‘yes’ when someone learns I’m from Southern California and asks if I’ve ever met anyone famous. (Up until that point the only celebrity I’d ever met was Geena Davis at Whole Foods; by the way she was very pleasant, looked totally normal and was extremely tall.)

In the end, I said ‘yes’ to the biggest opportunity and adventure of all when Mr. Frugal Rules asked me to marry him. It meant leaving Los Angeles for Omaha (or the ‘staple in the atlas’ as John calls it) but the move has been well worth it. I might not meet many famous people today but I am privileged to work with equally talented and industrious individuals.

So, you’ve heard about the glitzy side of Hollywood, but not all that glitters is gold. Along with all the awesome experiences that anyone would love to have, came ones I wish I could forget – like too many hours to count spent in traffic just trying to get home from my job in Universal City to my apartment in Santa Monica.

Most of the people I worked with ate breakfast, lunch and dinner at their desks. Most were single, at least in part because they never had time to leave the office and meet people, let alone date or get married.

Oddly enough, the movie industry is a stressful one. While we weren’t curing people or creating technology that transforms lives, lots of people worked like their lives were on the line.

Tempers flared over bad reviews or negative press coverage of a recent studio release. Many chose to take their stress out on their direct reports by screaming and cussing at them. Few took the time to enjoy the beaches and dining that Southern California is so famous for.

I took mental notes of this and decided early on that this was not the kind of life I wanted to live. ‘It might cost me my career,’ I thought, ‘but darn it all to heck, I am going to take lunch today. I’m going to go surfing tomorrow morning and I’m going out to dinner, with a friend tonight.’

I learned that balance doesn’t just fall into your lap. It’s also not reserved for the lucky few who land in circumstances that foster it. It’s something you have to fight for. That was true then and remains true today as I run a budding business with Mr. Frugal Rules and enjoy life as a mom to our three little ones.

Lesson 3 – Take Pride in What You Do

Taking pride and satisfaction in your work, whether or not it’s your dream job, is something we can all do. A few years after moving to Omaha, I remember listening to a story NPR ran on the Writers Guild of America strike. Screenwriters and TV writers were striking. As the strike wore on, one out of work writer was quoted as saying something along the lines of, “Man, I hope this ends soon. I’ve had to go back to copywriting, bleh.” And I was thinking, ‘Thanks for slamming my profession, buddy. I thought what I did was pretty cool.”

Now I know there’s a vast difference between writing a funny, captivating ad and writing a script for a TV show or movie. For starters, I rarely write under my own name. I take on the voice of the brand I represent and write messages for them, but does that really make me any less of an artist?

I used to write for a life insurance company and was told all the time, ‘tell people they need to buy this product but you can’t mention ‘die,’ ‘death,’ ‘peace of mind,’ or ‘comfort.’ I always thought it required more creativity to get someone to buy a product like life insurance, which requires you to face your own mortality, than to amuse someone.

That little segment on NPR forced me to think through why I choose to spend my writing talent on copy that sells instead of art that entertains. In the end, I’m okay with what I do because it helps me provide for my children and support my family. I’ve learned to take pride in what I do and hone my craft so that I can be proud of my work and achieve the goals my clients want.

What lessons has your profession taught you about life? When you look back at your career, what would you do differently? Have you met anyone famous? If so, dish up!