Why I’m Not Paying Off My Auto Loan

Posted on August 20, 2013 by John Schmoll in Debt, Money Management 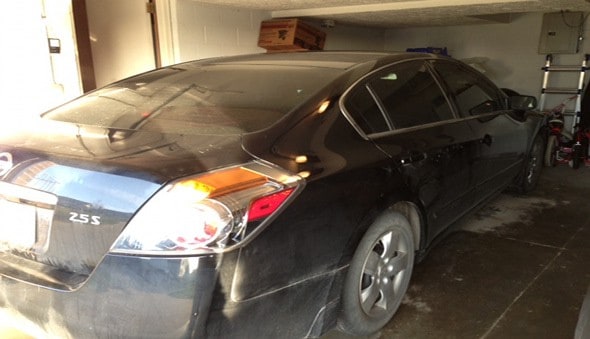 The following is a contribution from Joshua at CNA Finance. If you’re interested in contributing to Frugal Rules, please consult our guidelines and contact us.

Before you get to the post, I want to add that I am assuming some will have an issue with Joshua’s point of view in the post. I like to be able to give opposing view points on Frugal Rules in order to spur discussion. With that disclaimer, on to the post!

I’ve noticed a lot of articles and comments lately in the personal finance blogosphere about consumers not being willing to make a payment toward a debt because of how it might affect their credit score. This has lead me to believe that credit reporting rules are discouraging consumers from paying down debt.

From various points of view, I found that this isn’t always the case. Speaking from personal experience I can say that sometimes payments can do more harm than good. Several years ago, I purchased a car. I put a few thousand dollars down and financed something like $15,000 through a major lender. I got a great interest rate, I loved my car and everything was going well.

As a matter of fact, for the first year or so, I doubled my payments hoping to pay the car off much faster than the 72 month auto loan I’d taken out. And, it seemed to be working. After only a year or so, I’d paid off more than $5,000 of principal balance. Let alone the amount of money in interest that I paid over the course of a year.

Here Is Where It Gets Interesting

When I first purchased the car, I was doing very well. I wasn’t necessarily making $10,000 per month but, I could eat. Work seemed to be going well and, I didn’t have a care in the world. Being young, I didn’t save much. Although, I made decent money, I did what I could to spend it as fast as I could make it.

Needless to say, that is a mistake that I regret to this day. But, if I would have saved a few hundred bucks a month when times were good, I wouldn’t have this story to tell you so, I guess it all worked out.

Unfortunately, the steady money machine decided to stop printing one day. Hours were being cut and some people were laid off so I decided to look for work elsewhere. I jumped ship and unfortunately landed on a sinking one and soon found myself unemployed.

Once money stopped rolling in, I started looking for work, but, $9 per hour didn’t seem to go very far and the only thing I knew was something that didn’t seem to be in high demand. I couldn’t demand a great salary because I was facing a financial hardship and, I just wanted to put some food on the table at the end of each day.

Anything would have worked. So, I ventured into starting a website while working like a dog for pennies.

Let’s Get Back To The Auto Loan

Because I was going through an incredibly draining financial hardship, it was almost impossible for me to make the payments I needed to make to my auto loan lender. Eventually, I had to make one of the hardest financial decisions I’d ever made.

I had to decide to either hide my car from the repossession or, voluntarily give my car back. Of course, I chose the latter as I knew I didn’t deserve to own the car if I couldn’t afford to pay for it. After giving the car back, I stopped receiving bills, phone calls, etc… regarding my loan and I started to move on with my life.

For about a year, maybe even two, I didn’t hear anything about the $9,000 loan that I still had to pay back. But, soon enough, I started to get calls from debt collectors.

At first, I just ignored the calls, figuring that if I ignored them they would stop. Unfortunately, that wasn’t the case. It seemed as though the more I ignored the calls, the more they really needed to get in touch with me. Which, makes a lot of sense because I don’t think I’d stop calling someone if they owed me $9,000!

It’s been about 5 years now and I recently got a settlement offer in the mail. The lender is willing to settle the debt for $1,500 which seems like a more than generous settlement! But, I started thinking about it and decided that even though I am capable of paying it, I’m not going to.

So, Why Would I Not Pay Off The Debt?

Honestly, it all boils down to the rules set forth by the credit reporting agencies themselves. There is a rule that states if a debt or a portion of a debt is not collected within 7 years (in my state) it would be removed from my credit report and no longer affect my score.

So, if I’m understanding this rule correctly (please correct me in a comment if I’m not) all I have to do is dodge the thing for two more years and, I don’t have to pay a dime. If I do pay the settlement, the lender will report that the debt has been paid off at a settled amount and, the 7 year cycle would start over again.

This Is Not Advice

Although, this is my decision, it is not a decision that I would advise anyone else make. “Why?” you ask. Well, because I still stand a chance of being taken to court for the debt. I may eventually have to pay the entire thing off, by law! But, this is a chance that I’m willing to take.

The way I look at it, it’s been several years without a payment and, they haven’t taken me to court yet. The company trying to collect is not the company that I originally did business with. This means that my debt has been sold to a collector, probably more than once. Chances are, they won’t ever take me to court over the debt.

And, if they do, I can afford to handle it if needed. I’ve got a great credit score now and I’d rather risk having to pay off my entire debt someday than risk killing my credit score right now before I decide to buy a house in a year or two.

You’re probably wondering why I wrote this article. I can tell you, it wasn’t to brag. I mean, I made a lot of mistakes here. I have two goals with this article. First, that consumers will learn from my mistakes and not make the same ones. Second, maybe in some way, this article will land on the desk of an executive that will make a difference in reporting of positive things as a negative action.

What’s your opinion? Did I make the right or wrong call? What would you have done?

Editor’s note: I will hand it to Joshua in that he’s admitting his mistakes. That said, I know this would be a difficult situation for anyone to be in. In regards to handling debt, I believe the right thing to do is to deal with it head on as opposed to avoiding it. Like Joshua said, this is how he has chosen to handle it and please do not take it as advice.  🙂

Joshua Rodriguez is a personal finance blogger at CNA Finance.