Where It All Began…

Posted on April 16, 2014 by John Schmoll in Personal Stories 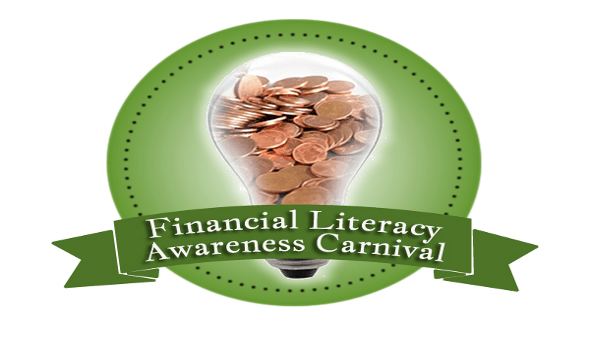 I remember the day just like it was yesterday, sadly it was a little over 15 years ago. I was sitting there staring at another credit card bill that was at least 90 days past due. I had no clue what I was going to do as the last time I calculated all four of my credit card balances the cumulative balance was sitting just shy of $25,000. I had only graduated from college about a year prior and was struggling to make ends meet. Bankruptcy was a legitimate option, though I didn’t even have the cash to do that.

Stepping back I know I’ve shared my story numerous times, but today is from a bit of a different angle. I’ve never covered how it all began, the debt payoff journey that is, and what struck the cord in me to view money differently and change my relationship with it. I share these thoughts today as I was asked by my good friend Shannon to share my biggest money A-ha moment (or, where it all began if you will) since it’s Financial Literacy month. As an aside, numerous other personal finance bloggers are also taking part in this theme today as a means to highlight financial literacy.

Where Did it Begin

As I shared in a post last year, I felt like I literally had an elephant sitting on my chest. The debt was that palpable. Not a day went by when I didn’t feel completely overwhelmed or ready to throw my hands up. That latter feeling was one that was immensely tempting. ‘Why shouldn’t I do it?’ I thought. ‘It’ll get me out of trouble and allow me to move on.’

There was a slight problem though, I had not learned my lesson. I thought wiping the slate “clean” would take care of my issues and let me move on with my life. The problem is that wouldn’t have dealt with the issue at hand. My trouble was that I was not content and thus I filled the empty cavity inside me with stuff…more like crap. That had to be dealt with before true change could take place.

As I’ve shared before, that resulted in me eventually meeting with a debt counselor who helped me set up a budget and begin to change course in my spending ways. Establishing and living by a budget may seem like a simple thing to do in the mind of many of us personal finance bloggers, but it was likely one of the most difficult things I’ve done financially.

It was like moving a giant ship. It took time and several attempts, but once the progress began it all begin to sink in…I had to own my money and not the other way around. I could not be enslaved to it, but rather, I had to make it work for me.

The biggest lesson I took out of starting a budget was that I could not just sit idly by and be passive with my money. I had to be active with it. I learned that passivity would do nothing to help me get out of debt and begin to grow wealth. I had to attack it. I had to make more of it and use it in ways to better myself.

I started looking for ways that I could easily start making more money and it, oddly enough, started with selling plasma. I know, I was stupid, but I needed the cash to start attacking my debt and it was the first legal thing I found. That lasted about two months, but it was what I needed to give me the kick in the pants to get serious about paying off my debt and begin to watch my net worth go in the right direction.

This started something I’ve done for years, looking for ways to make extra money and ways to use it to my benefit and not just spend it. I did things like pick up odd jobs, voluntarily work overtime and started side hustles all with the intention of getting my debt knocked out and growing my assets. Ultimately, it’s what has gotten me where I am today and all of that came down to changing my view of money.

In my opinion, that is such a key to financial literacy – teaching others that money is a tool to be used to benefit yourself and not something to be enslaved to. This can be a difficult lesson to learn, but once starting down that path, is one that can open up many opportunities and possibilities you never thought were possible. The key is to begin!

What was you’re A-ha moment with money? What did you do to implement that to improve your financial livelihood?