What Financial Independence Means to Me

Posted on July 3, 2013 by John Schmoll in Investing 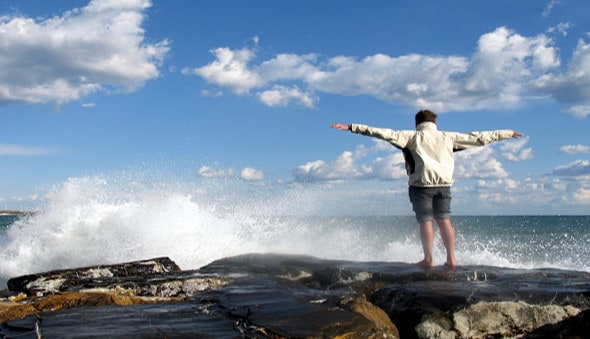 Happy 4th of July eve everyone! When my blogging pal Pauline asked some of us to write a post on financial independence in light of the Holiday upcoming I jumped at the chance. Before I get started on my thoughts regarding financial independence, Pauline will be hosting a carnival tomorrow highlighting other posts like mine.

That said, financial independence is a popular topic, especially if you’re a reader of many personal finance blogs. We all have our own views on being financially independent and what it might mean. You have some that might view it as early retirement and others who plan on taking the traditional retirement path and still more who view it as having no debt at all whatsoever.

I do not really consider myself on one extreme or another, but financial independence is a topic that is on my mind fairly regularly.

Most definitions of financial independence would almost certainly include the idea of not having to work to cover your basic needs. This means that you have been able to amass an investment portfolio that will produce income and dividends that will take care of you and what you need on a day to day basis.

Think of that for a second…not having  to work, not having to sit in that cubicle day in day out. I know, it sounds pretty enviable, right? I know that many might think of this as the traditional retirement model where someone simply stops working and enjoys their sunset years.

I think the key is seeing the freedom that can come with being financially independent and taking advantage of that versus feeling almost bound to the idea of not working at all because you’re retired.

What Being Financially Independent Means to Me

Speaking personally (which is the beauty of personal finance, because it’s personal) I view financial independence as living a debt free life and being free from the burden of debt. That means to be free of consumer debt and being free of a mortgage.

It essentially means that we can make the decisions we want and not have to think about whether or not we have the funds for it (generally speaking, of course). I know this may sound a little like pie in the sky thinking, but I do believe that something like this is possible.

One of the keys to making this financial independence possible, I find, is changing your view of money. Are you making your money work for you and using it to make more money for you, or are you enslaved to your money and allowing it to run you?

It sounds simple on one hand, but difficult on the other as it’s so contradictory to what our society preaches. Ultimately, I do not think it’s that difficult; it just requires hard work, commitment and the willingness to strive for it if that is a goal of yours.

You might be thinking now that it’s great that some people may be able to achieve financial independence and that you just can’t do it. I’ll let you in on a little secret that those who’re financially independent will likely tell you…it really comes down to two things most often – time and thinking outside the box.

Time is often the most overlooked aspect of investing, whether you’re investing in stocks or investing in real estate – time will do wonders for your investments. That means that if being financially independent is important to you, you’re not allowing excuses to hold you back and you start as soon as you can with whatever you can.

Some start saving as early as high school or college and are able to make great headway as they continue. They make that headway because they develop that investing discipline which helps them as they start to earn more money.

Beyond time, they’re always looking for unique ways to diversify themselves. I am not merely talking about diversifying their stock portfolio, while that is certainly important, but it means they’re thinking outside the box with their investment dollars. They are investing in things like real estate, cattle, owning companies, owning buildings and the like. They are looking for ways to constantly broaden their investments so they’re less likely to be impacted if a downturn is felt in one area.