Why Value-Based Spending Works (Even During the Holidays)

Value-based spending helps manage your money because you spend on what you value. Here's how to use it, especially during the holidays. 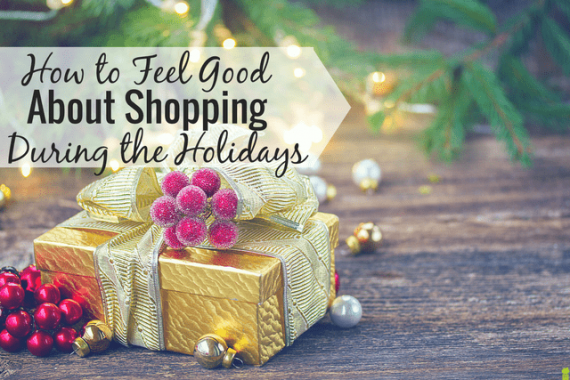 Every time you spend money you are making a choice. If you look at your account toward the end of the month and see that you’ve overspent or made some purchases you now regret, you really can’t turn back time so it’s no use in beating yourself up over the decisions you made. I used to do that every month and realized not using value-based spending got me nowhere quickly.

At the beginning of the month, I’d get paid and feel like I was in control. I knew what I wanted to do with my money. Then as the month progressed, I’d start to feel that sense of control slip as I made impulse purchases, didn’t stick to my budget, paid for an unexpected expense, and so on.

When I went over my finances a few weeks later, I would always vow to stop or reduce spending in certain areas then beat myself up if things didn’t work out the way I planned. The cycle went on and on and I got nowhere because I would make a budget and pay off some debt, then I’d slip up and rack up a little more debt again. Finally, I realized that my method of trying to avoid spending wasn’t working and I started to loosen up the reigns a bit and start spending on what I valued.

Yes, I fixed my spending guilt problem by spending more money but this time, I practiced value-based spending. Here’s why you might want to do the same.

You Can Still Spend Money on Things You Like

Value-based spending is great because instead of saying no to everything, you can start to say yes to some of the things you care about most. In turn, you have more control over your finances since you’re choosing to spend money on things that align with your values, goals and beliefs.

Need a new pair of shoes for work? Want to sign up for a gym membership so you can get back in shape? Want to feed your family organic produce? Are you dying to say yes to a family member from out-of-town who invited you to come visit them? No problem. If you practice value-based spending, you’ll want to spend guilt free on expenses like these if they are important to you.

Outside of the few necessities I have to pay for each month like transportation, rent, food and utility bills, I don’t really feel the need to spend money on things that I don’t value like clothes, cable T.V., a contract cell phone plan, new furniture, going out to bars and so on.

Back when I was pressuring myself to spend less and put as much as I could bare toward saving and debt payments, I often felt rebellious and when given the opportunity to splurge, I would take it to the extreme and spend money on a bunch of nonsense just because I was relieved to be spending money period.

Once you adopt value-based spending and allow yourself the permission to spend on what’s important to you, you’ll naturally start to cut back on spending in other areas that aren’t important because you’ll no longer feel the need to compensate for FOMO (fear of missing out).

As an added perk, you’ll easily save more money every month as a result.

Overall, implementing a value-based budget is much more sustainable than using a limiting budget that says you can’t do x, y and z.

When you’re trying to cut expenses to pay off debt or cope with a job loss for example, living on a bare bones budget may seem helpful but it won’t be sustainable long-term. Sooner or later, you’ll want or need something that exceeds the limits of your budget and you won’t know how to handle the expense.

While buying material items won’t make you happy long-term, stashing all your money away without an end goal won’t really make you feel better either. It’s okay to spend money sometimes especially when it’s on something that will add value to your life, leave you and your loved ones with memories to cherish, or help you reach a major goal.

Practicing value-based spending is great to do around the holidays because the temptation to spend money is everywhere.

You need to have a firm sense of what your values are and get your family on the same page if you want to survive the season without going overboard or worse, getting into debt.

It can be especially hard if you have kids who see advertisements and ask for things, but sticking your ground can make things more enjoyable for everyone. Sometimes our values aren’t material things but rather, feelings and experiences. This means, you don’t always have to spend money to feel fulfilled, especially around this time of year.

I can’t tell you what to value, but you can ask yourself what matters most in life. Your answers will reveal values that you can use to guide your spending decisions. When you understand that it’s okay to spend money from time to time and focus on spending that aligns with your values, you won’t feel guilty anymore or feel the need to beat yourself up if you don’t stick to every budget category.

Most importantly, you’ll be able to move forward in terms of managing your finances and focus on the bigger picture as opposed to the small elements.

Have you ever heard of value-based spending or given it a try? Are you a fan of traditional budgeting or not? How do you feel after you’ve finished your holiday shopping? Is December 26 filled with regret or satisfaction for you?