Posted on December 17, 2016 by John Schmoll in Money Management 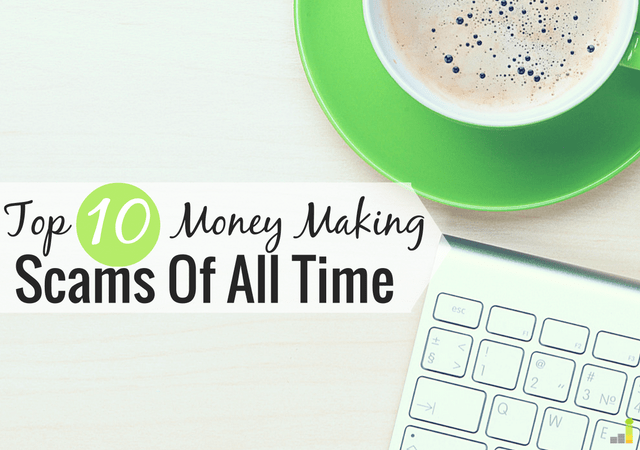 The following is a contribution from my good friend, Jon, at Money Smart Guides

OK, so the word “scam” in the headline is meant to be clickbait, because what I am writing about won’t all be things that are illegal. Some of these money making scams are legitimate business practices that companies engage in all the time. They’re on this list because there is no compelling reason for certain items to be more expensive than others (meaning, certain items provide for more profit for the company).

I use the term “scam” loosely here, but you will understand why I use the term as you go through this list of the 10 of the most ginormous scams perpetrated on America.

This is not to give any disrespect to movie popcorn as a snack. Who doesn’t love popcorn to snack on during a movie? After all, we all do it at home when we watch Netflix or Amazon Prime.

But we also know that making popcorn at home is really quite cheap. Even if you are to account for overhead, such as salt, butter and time. That batch of movie popcorn you buy at the theater could be as much as 1,200 percent more expensive than what you spend making it at home. Makes you thinking about smuggling it in, doesn’t it?

Every so often we are allowed to participate in a phone vote, which was made highly popular with “American Idol.” For shows like this, and others, viewers were asked to dial a certain phone number to cast a vote for a particular contestant.

Well, many of us have suffered the humiliation and embarrassment of typing the wrong word in a text or dialing a wrong number, and some clever people found a way to make some money off our fat fingers.

A company would buy up a boatload of phone numbers, all just a digit or two off from the actual voting number. When a viewer would dial the wrong number, there would be an automated message thanking the viewer for voting, which wasn’t actually a vote. Not only that, but dialing that wrong number would cost the viewer about $1 /dial, an unexpected charge that would show up later on the monthly phone bill.

The moral of the story? Don’t dial too fast in your excitement to support the next Clay Aiken!

There has been a push for a long time for men and women to be treated fairly and equitably in society and in business. But the harsh reality is that sometimes we are not treated equally in commerce.

Companies that make male and female items have tended to charge higher prices for the female version of the product than the male version, or vice versa, when the versions are practically the same.

A perfect example is in the toiletry aisle, where many companies make disposable razors for men and women. The razors themselves may be virtually identical, but the man may pay 25 percent less for his razor than the woman pays for hers. And it can’t be because pink plastic costs 25 percent more than black or blue.

Next time, check for yourself, and if you see this scam in practice, buy the cheaper version; no one is going to know, and you will likely not even notice the difference.

What constitutes a sale anyway? Have you noticed how sometimes it seems that ‘sale’ price on an item may actually be what you believe you would pay for an item, and that anything above that is a rip-off?

Well guess what, in some places, the law only requires that a higher price be available 28 days of every six months. This means the “sale” can actually be more of a “regular” price and the special occasion is when the price is marked up for a month or so.

Think about that. A $15 T-shirt, for example, can be the actual price but be labeled “on sale” as long as the store prices that same shirt for $25 or $30 two months out of the year.

Take manuka honey for example, which supposedly comes from bees that feed on the manuka tree (located in Australia and New Zealand). This honey supposedly has very special health benefits that separate it from “normal” honey, so it’s often priced two and three times higher than “normal” honey.

So people may actually be putting “manuka” on their labels to justify the price and expand profit margins. In other words, be skeptical of the labels. Buy honey for the honey, not for the “type.”

In the new economy, we all know someone who started his or her own business out of a spare bedroom or the garage, using a cell phone and a computer. This is a noble and worthwhile undertaking.

But have you heard about these “work from home” scams that involve people paying $100 or so for a “starter kit” where people supposedly learn the secrets to medical coding? Or envelope-stuffing from home to make a little extra money? You don’t get very good secrets. Instead, you get a letter asking you to recruit others into this scam, and ultimately you don’t make any money to justify the initial expense.

If you really want to work from home or make money online, then the first thing you have to remember is that no legit company will make you pay to become an employee or freelancer. Now that you know it, head over to my site to check out a huge list of 51 legit ways you can start making money today and quit the rat race.

You are fed up. You are finally ready to sell that item that you just can’t give away to neighbors. You post the item on eBay or Craigslist and you get a nibble, if not a bite. A prospective buyer offers you significantly more money at your request for the item, and he sends you a money order or cashier’s check.

He tells you he is sending it and wants you to wire back the difference. The problem is that the original money order or check is a fake, but it takes several days for the bank to realize it after it’s deposited. By then you have wired the difference and sent your item. But you get no money from the check, and your item and the wired cash is gone.

Otherwise known as a “Ponzi scheme,” this money making scam was made famous by Bernie Madoff, but gained ground in the 1920s by its architect, Charles Ponzi. This scam is based entirely on getting new investors to help pay back the old investors. Once the line of new investors dries up, the scam collapses, leaving the creator of the scheme, and many of its participants, broke.

There are some products we buy that we love to have in a variety of different colors. We like buying shirts in red, green, blue and orange. We like acquiring certain appliances in black or stainless steel if it will complement or enhance our decor.

But did you know or realize that some companies will actually charge more for the same item in a “premium” color? It could be the exact item as any other in a “normal” color like red or green or black.

But if it is in “merlot” color, that price is higher. What is it about the color? Truth is, nothing. There is claim of “market forces” dictating the price because that “premium” color is in higher demand and thus will cost more, but that is simply a marketing trick to get you to spend more money.

If color really doesn’t matter to you, pay attention to the prices for different colors of the same item and don’t pay the premium price for the premium, “prettier” color.

This is one that I’m sure we have all noticed at some point. We understand that food has gotten more expensive to produce, so naturally prices will increase.

But you talk about a fraud when a full-size candy bar is now 2.2 ounces instead of 2.7 ounces like before? A family size bag of potato chips is 15 ounces now instead of 24 ounces before? What is supposed to be 10 ounces of tortilla chips is actually six ounces with a bunch of air?

Rather than raise prices for regular sizes, many companies try to push off smaller sizes as their regular sizes and charge the same price as before. It is a scam to get us to believe that “family size” means the same today as it did five years ago. And miraculously, the price has not gone up all this time!

So there are 10 of the biggest scams of all time. How many have you fallen for? Don’t be embarrassed at the number. Companies can be incredibly manipulative. The best defense you have is to become aware of their tricks so you have a chance to beat them at their own game.

Once you’re aware of their tactics, your next step is to think through all your purchases. Don’t get caught up in the moment. Your emotions will steer you in the wrong direction. Be smart, take your time, and you’ll keep more of your money.

What other money making scams have you seen? What do you do to make sure you get value for what you pay for? How much does popcorn cost at your local theater?

Jon blogs at Money Smart Guides, a personal finance blog that helps readers build wealth and invest for their future.