Things I Would Never Do: Pay An Employee With a Prepaid Debit Card 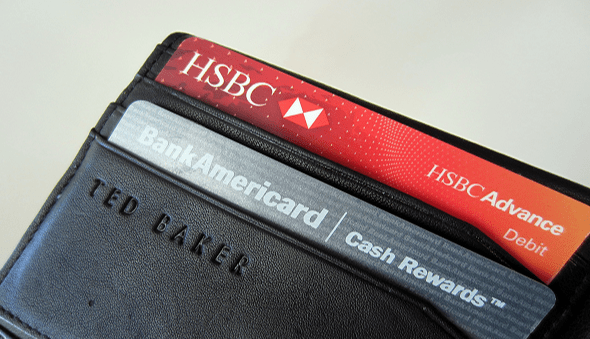 Welcome back to another entry in my series of things I would never do. It’s mainly meant as a way to spur discussion over something that is arguably either humorous or somewhat ridiculous in nature. The topic we’ll be discussing this month comes from an article I read several weeks ago in the New York Times that discussed the growth of employers, mainly fast-food or retail in nature, that are paying their employees via prepaid debit cards.

While it may seem harmless, or at least convenient, when you search below the surface, you see that it is not what it’s cracked up to be. I had never really heard of this practice before reading the article but have since learned that it is actually a fairly big business. As the article states, $34 billion was put onto 4.6 million payroll cards as of 2012 and that figure is expected to more than double over the next five years. As with other posts in this series, there is more than one side to the story, so let’s take a look at it. If you’re interested in reading the other posts in this series, here are a few entries for you:

Many People are Unbanked for a Reason

You might be asking yourself why is it a big deal that people are paid via prepaid debit card? Not everyone uses a bank so this seems like a viable option for them. One of my early jobs right out of college was working at a bank. I was able to see people from all walks of life handle (or not handle) their money on a daily basis. I learned very quickly that not everyone uses a bank, and for a variety of reasons. They can range from individuals that have problems bouncing checks or check kiting, to those who don’t trust banks to those who’re unable to have a bank account due to legal issues.

Regardless of the reason, it’s difficult to force someone to use a bank and, at the end of the day, you’ll always have those who choose not to use a bank. We see this area being serviced from the growth of check cashing institutions to stores like Wal-Mart cashing payroll checks for a fee of $3-$6. As companies face the issue of needing to have some way to pay their employees I can understand, on one level, why they’d go the route of prepaid debit cards as it can make it easier for all involved.

What is an Employer’s Responsibility?

It is easy to look at this issue, see that employers are paying their employees and think that is all that matters. Ultimately, other than paying the wages they owe, and following the legal standards of employment law that is all the employer really has to do. I cede that point, however, I believe employers are called to do more. I’ve discussed before how many companies today are putting the bottom line ahead of the needs of their staff and this issue is more of the same.

Prepaid debit cards save money for employers by shifting payroll costs to employees. I can understand giving employees the option of choosing to receive pay via prepaid debit card, but sadly, many of the companies involved are either not making it optional or are making it incredibly difficult for employees to opt out of it. Beyond that, the article shared numerous stories of people who are having to pay $40-$50 per month in fees just to get access to their cash. As someone who runs a small business I ask myself why I would want to put such a burden on someone that works for me, with the risk of them bringing that into the office, just so I could save a buck or two of my money. Just as a horrible 401k plan is a disservice to employees so too are prepaid debit cards when they’re forced upon employees as their only payroll option.

There are two major issues in paying employees with prepaid debit cards. First, it can encourage undisciplined spending. Second, many of these debit cards are loaded with fees that eat into take home pay. Most of the banks issuing these prepaid debit cards charge fees from accessing the cash from an ATM, to statement fees, to fees to replace a card. As an aside, it’s interesting to see that many of the employees impacted are hourly/lower wage individuals from some very large companies – including Wal-Mart, Walgreens, Taco Bell, McDonald’s and more. Not that financial illiteracy is contained to certain classes, as it does spread amongst many classes, but why wouldn’t we want to encourage those making the least among us to manage their money wisely so they can improve themselves?

It is difficult enough as it is to establish a budget or have a spending plan, but putting money on a debit card that is not linked to a bank account makes it even worse. If the individual in question does not have a bank account then it forces them to handle everything in cash which they get dinged for every time they withdraw cash from an ATM. Thus, causing a possible cycle of continuing to live paycheck to paycheck while dealing with the headache of fees on top of that. What makes matters worse is if they’re playing with credit cards and paying interest and fees on them then they’re getting it on both sides of the equation.

I remember when I was paid by paper check…yes I am THAT old, and remember the unease of moving to having paychecks deposited directly into my bank account. I would not go back to the good ol’ days, because I much prefer the direct deposit method. But, paying employees via prepaid debit card is taking it a step too far in my humble opinion. What is coming to light in relation to this trend is that some banks are now offering kickbacks to larger employers to sign up their employees for these prepaid debit cards.

Reportedly, Citibank offers $1 per head to some firms to sign up their employees for the cards and it’s going on with other banks as well. Some firms are saving money by shifting the burden to their employees and getting paid to do it. On top of that, the major banks who’re offering these prepaid cards are able to recoup fees that they’re losing out on thanks to new limits on credit/debit card fees which ultimately puts the consumer, or in this case the employee, in the middle dealing with it on their own. It is not just the banks who’re offering these cards; one of the major players in this prepaid debit card game is a company known as NetSpend. Take a look at their fee structure and you’ll cringe. It definitely is a big business and much of it is on the back of lower income Americans who’re given little choice in the matter. One can only hope that the recent lawsuits that have sprung up will bring more light to the matter.

What are your thoughts? Would you ever pay an employee with a prepaid debit card? Are there any other issues you can think of that I might’ve missed?