Taking the Plunge: Is the Grass Always Greener?

Posted on September 4, 2013 by John Schmoll in Self Employment, Taking the Plunge 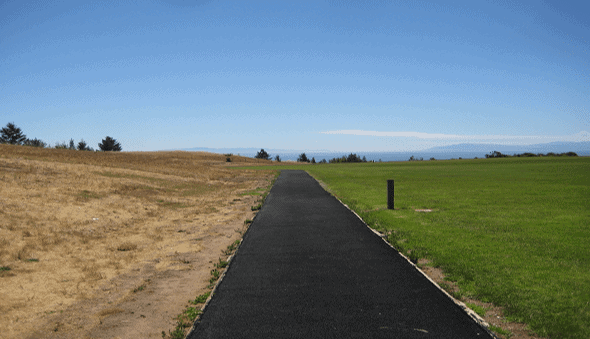 Why is it in life that when we have one thing, the complete opposite can seem so appealing at times? This can be seen in many, many areas of life – thus the phrase the grass is always greener on the other side. Many times it’s true and many times it’s not true. I guess a lot of it comes down to a matter of perspective, how reflective you are and what is going on in your life at a particular moment. As a small business owner, it’s easy (for us at least) to look at how the absence of things like a 401k match, health insurance, and paid time off and think it might be better to be employed by a company big enough to offer these things (a.k.a. “the other side”). Well, about two months ago, something happened that caused us to really look at if the grass was greener on the other side and if we should shutter our business. As I’ve taken a bit of a breather from my Taking the Plunge series, you can check out some of the posts in the series if you’ve never had a chance to read them:

An Offer Out of the Blue

As with any business, especially a small business, a solid client base is essential to keep the lights on and be profitable. With our business, we have a number of consistent clients that we’re basically on retainer for each month. They send us a certain amount of work and we can to a certain extent depend on income from them each month. The next level of clients are ones that we do work for regularly, but the amount of work varies from month to month and we invoice them individually for the work done for the month. The final level are clients we’ve done work for a number of times but can go months without hearing from. As a regular practice we email those clients about once a quarter to touch base, tell them a little about what we’ve been doing and bring us back to the top of mind. Well, at the end of June we heard back from a client that Mrs. Frugal Rules did work for several years ago, and not only did they have freelance work for us, they also had a job offer! Suffice it to say, we were not expecting the latter and quite honestly it caught us off guard. Our initial gut reaction was no way on earth do we want one of us to go back into the corporate world and be in a position where we have to answer to someone or have no control over what work we do, but…the benefits and “dependability” of the regular paycheck was awfully tempting after we gave some thought to it. After several meetings, they essentially offered Mrs. Frugal Rules a position within their company. She was honored to be offered the job, but still, the offer took us aback a bit and was the dominant topic of discussion for several weeks as we looked at the offer from all sides we could imagine.

The Devil is in the Details

As an analytical person by nature, I wanted to look at the details of the offer before instantly shooting it down. There were a number of factors at play, most importantly, with our business. Would we have to close our business for good? Would it be something I could manage on my own? Would Mrs. Frugal Rules still be able to do some freelance work on the side? With the number of agreements we have in place, these all became very important and vital questions to be able to answer. That is also not to mention the fact if I was ready to be a full-time stay at home Dad. I love my kids and would do anything for them, but was that something our family wanted – or would I have pulled my remaining hair out in a few short weeks? That said, we were also looking at the benefits of what a job could provide us and saw ourselves wanting that on one level, which really is not surprising as many crave to have that stability. After several weeks of introspection, discussion, and looking at the offer, something just did not feel right about the offer. With that, we decided against having Mrs. Frugal Rules take the offer, for a number of reasons, mainly because we saw that the grass was not greener on the other side for us. The straw that broke the proverbial camel’s back for us was that they wanted us to essentially shutter our business – which was something we were not willing to do.

Was it a Waste of Time?

Now that we have about six weeks of separation from the final decision, I ask myself if the whole thing was just a waste of our time. We felt early on that it wasn’t going to be something we were going to pursue, but still gave time to it as we like the model of the business in question and were honestly tempted by the benefits. It would be easy to say that it was a waste of time, and we really did feel that way after it became obvious what our decision would be. However, we both feel that it was a constructive exercise to go through. At the very least, it gave us a renewed fervor for our business, particularly to see it grow beyond where it is now. We also learned that just because something seems good, it does not mean it’s the case and to not be so quick to give up on our vision to create something that is ours, something that benefits our local economy and something that benefits our family. Essentially, we want something more than being stuck in a 4×4 prison cell…err…cubicle and create something that is bigger than ourselves. Sure, that means that we don’t have the “benefits” that others do, but being able to work from home, make our own schedule, work in our PJ’s if we choose, or have a cold one with our lunch is a pretty nice benefit too.  🙂

Do you think that it can be constructive to see if the grass is greener on the other side? Is there value in going through the process, even if you feel you know what the conclusion will be before you start?