How Long Do You Want Student Loans For?

Posted on November 17, 2014 by John Schmoll in College/Student Loans 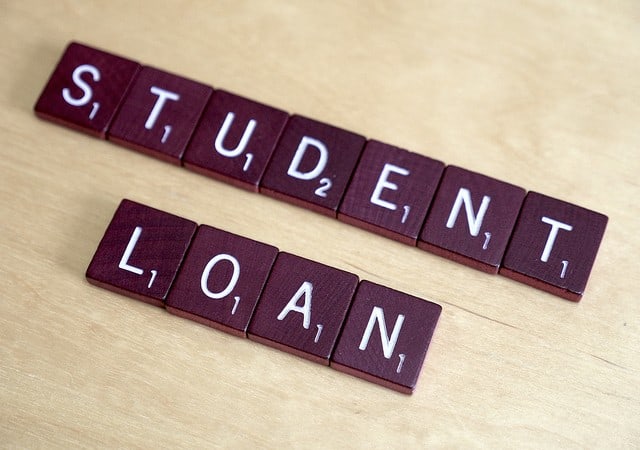 One of the things I enjoy about being a personal finance blogger is the conversations I get to have when people find out what I do for my day job. I know I’m not alone in this as many other bloggers have written about the same basic thing. Anyway, some of those conversations make me want to pump my fist and other times they either make me wince or want to scream.

My most recent conversation is more along the latter. I was talking with a family acquaintance about how much they and their spouse had in terms of student loans. We’ve all heard the numbers about how there is supposedly at least $1 Trillion in student loan debt in the U.S. and this family is carrying much more than their fair share of that number.

All totaled, between the two, they have well over $300,000 (nearing $400,000 really) in student loans with plans to take on even more. Hearing that number seriously put a lump in my throat. It was what I heard next that made me want to scream.

Being Resigned to Debt

This is not meant to judge them, but simply to paint the picture of where they’re at. The looks on their faces told me they are resigned to the fact that they will likely be carrying debt with them to their graves. I would understand, on one level, if they were actively paying off the student loan debt but they’ve put all of their student loans on forbearance and delayed repaying them as long as possible.

Unfortunately our friends are not alone in terms of how long they will be carrying their student loan debt. According to a 2012 study from the Federal Reserve Bank of New York, those who are 60 and over are carrying just over $36 billion in student loans they’re needing to repay. That is a staggering number to say the least. So, instead of being able to focus on preparing for retirement and drawing down expenses, many are needing to deal with the shackles of student loan debt they need to kill.

How Should We Handle Student Loans?

Remembering back to my own student loan debt payoff journey, it took me a number of years. I did not receive any real counseling on student loans and most schools that I know of do not offer any type of education on how student loans work. That’s not really the point of the post, but it reveals that we need to have a paradigm shift in our thinking on student loans.

Simply put, we need to help students make better informed collegiate decisions. That includes looking at whether or not they really should go to college as well as ways to reduce the cost of college. I know the Obama administration has made efforts to reduce that cost, but we all know how well the government does at solving things. 😉

If we can’t rely on the government to make improvements and we likely can’t expect colleges to do anything to curb rising student loan debt anytime soon, then the onus falls on us as parents and as students looking to go to college.

A recent study released by the Credit Union National Association (CUNA) reveals that many parents are failing in this area as over half polled don’t know how long it will take their children to pay off their student loans or what the rates will be, but know full well that they will need to take out student loans to finance their college experience. What’s even more striking about the study is nearly 90% of parents polled believe their children will graduate and walk into a highly paying job.

I believe that what we can draw from this is that there is a lack of true knowledge about the inner workings of student loans and an overwhelming belief that students will walk into a decent job once they do graduate, at least so far as this study from CUNA tells us. With that in mind, I believe it behooves us to begin to appreciate the fact that ignorance gets us nowhere.

We as responsible adults need to begin to think as consumers when it comes to college. We need to help students make informed decisions with relation to degree options, school location and so much more, all the while balancing the importance of following something they enjoy. While that will still most likely not free them from the need to take on student loans, it could help loosen the shackles of student loan debt around many students’ ankles. This also includes finding ways to consolidate student loans, such as through firms like Achieve Lending, in order to get lower rates and thus make repayment easier to manage.

Thinking back to our friends, it saddens me to think that they could be paying on their student loans until they die. That is especially the case when one of the degrees really provides little to no value. It is my hope that we can help current and future generations so they’re not shackled with student loan debt for the majority of their lives.

Did you have to take out student loans to pay for college and if so, how long will it or is it going to take you to pay them off? What is one thing you believe could be done to help stem the problem of rising student loan debt?