I Just Got Screwed By Obamacare, the Sequel

Posted on October 27, 2014 by John Schmoll in Personal Stories, Rant 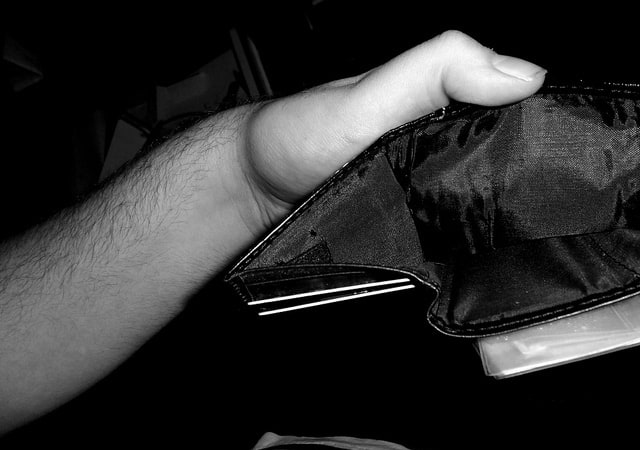 A few months ago I wrote a post that kicked off some discussion on the lovely topic of Obamacare. You can check the post out now if you like. We’ll forgive you for not reading it and will wait around for you to peruse it.

For those who either didn’t read it or don’t remember reading it, I wrote about how our health insurance premiums rose by 24% for nothing. Call it Obamacare, the ACA or whatever you like, but much of the increase went back to it. I readily admit that the healthcare system as a whole plays a part, but let’s face it, the entire system is broken and the ACA just seems to make it worse.

Anyway, I’ve been spending the past few months looking for somewhat viable alternatives as a way to cut back on the increase. I realize this is a hotly debated political issue and tend to stay far from those here, but it’s my site and I’m going to go ahead and talk about it because I know darn well that we’re not the only family with this noose around our necks.

There Are Few Options Out There

As I pointed out in my earlier post, I went to healthcare.gov, to see what options there were for our family.

We’re a relatively healthy family. In fact, the only in office doctor’s visits we’ve had this year were for the little Frugal Rules’ to have their well-baby checkups. Thanks to Obamacare those are covered at no cost and for that I’m thankful. However, we could pay those out of pocket entirely and spend far less than what we are paying in annual insurance premiums. Unfortunately when I went to healthcare.gov there were no real affordable options for our healthy family. The “best” ones out there were several hundred dollars higher than our already messed up plan and thus not a true option in my opinion.

The other option that had been suggested by several readers, as well as some family friends, was a healthcare sharing ministry – like Medi-Share or Samaritan Ministries. Generally speaking, these are Christian based sharing ministries that seek to ease the burden of health insurance to those who are looking for it. Each has their own requirements so I won’t go into detail on those, but the point is they provide a viable alternative to some. The thing to point out with this type of situation though is that it’s not insurance but instead a means to share the burden of health care costs with other like-minded people.

After an exhaustive search the only two options for my family seems to be an expensive yet crappy insurance plan from the exchange or a healthcare sharing ministry. These are really the only viable alternatives for my family and are at opposite ends of the extreme.

As a small business owner I’m constantly on the lookout for tax deductions. We get a number of things we can write off like the contributions to our SEPs and other business expenses. Our healthcare premiums fall into that category, so obviously I want to protect that if possible. Therein lies the rub. Healthcare sharing ministries are not insurance, but 501(c)(3) organizations, which means contributions do not qualify as premium payments.

Honestly, I wasn’t really surprised, but I am still disappointed as switching would mean losing that write off. We spoke with our tax person to see what savings we got last year to determine where the better value lies. Based off our 2013 return we saved $2,020 thanks to our healthcare premiums. We would need to save at least that much by switching to make it worthwhile.

After some basic research I found that we would likely be paying $405 per month with Samaritan Ministries – thus a savings of $164.82 per month or $1,977.84 over the year. So, it wouldn’t be worth it to switch.

The savings at Medi-Share would be better. They offer several options to choose from, with the highest we’d be looking at per month coming in at $273 – or a savings of $296.82 per month or $3,561.84 over a year. There is a possibility we could get a lower rate saving an additional $50 per month max, but I’d rather be conservative and go with the higher rate.

In plain numbers, we’d do better financially by going the Medi-Share route. The rub continues though.

The real kicker is that you can’t go with a healthcare sharing ministry and have a HSA account. Well, you can have one but you can’t make tax deductible contributions. We’ve not spoken with our tax guy to see what that would mean, but I’m not thinking it’ll be pretty. I’ve read in numerous places that there is a Bill in Congress right now that would allow for the two to be used together, but I have greater faith in our two year old suddenly becoming fluent in Portuguese than our do-nothing Congress passing something that would actually help us as Americans.

At A Crossroads Thanks to Obamacare

I can honestly say I don’t know what we’re going to do. Losing the HSA capability would hurt though we could mitigate it some. We’ve already maxed it out for the year and would have it there if need be if we moved out of insurance. We could also put aside what we were already going to be putting in it in future years to some sort of investment vehicle strictly for healthcare needs, but would likely still hurt from losing the tax deductibility aspect.

There were a number of things said in relation to my original post, and I’ve read them elsewhere as well. It’s the idea that you can “afford” it so stop complaining. I know it’s a First World problem as there are far too many out there without the basics they so vitally need. However, the affordability aspect is a moot one. I can also afford to go out and buy a brand new car, but I’m not going to. Just because I can afford something doesn’t mean I should have to buy it.

A few weeks ago we spoke with a good family friend who had the same exact provider we currently have. They were with them for three or four years, I can’t remember which, but each year they saw double digit increases without a change in coverage. I know that’s not really unique these days, but it concerns me what it’ll look like in another year or two if we continue with this same plan.

I know some have fared better under the move to Obamacare/ACA. For that I’m thankful. However, many more seem to be on the losing end of the stick. What makes the problem that much worse is that politicians on both sides of the aisle, as well as at State and Federal levels are to blame and are too busy pointing fingers as opposed to actually doing something that’ll help the struggling lower and middle class families have a little bit more in their budgets each month. The kicker to all of this…we’ll likely re-elect 90%+ of them next week.

What are you doing to lower your healthcare premiums? Are there any solutions you can think of to this situation? Were you positively or negatively impacted by Obamacare?