Do You Have Regrets About Going To College?

Posted on November 26, 2013 by Cat in College/Student Loans 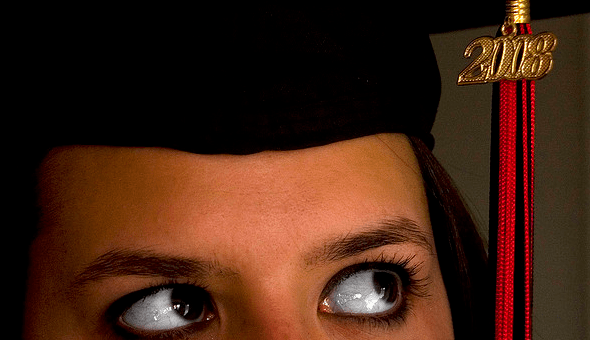 Earlier today, I was talking to my mom about the transitions in my career thus far, and she said, “I bet you’ll go get an MBA before this is all said and done.”

I was kind of surprised by that comment. I mean, sure I’d like to go get an MBA because I think it would be interesting, fun, and useful.

At the same time, my response was, “Mom, how could I? I’ve got to get rid of the student loan debt from the other degrees I have – you know, the ones that still sit at $33,000? From the degrees I’m not using!”

Like any good mom, she argued that no education was wasted. I pursued the path that I thought was right at the time, and in a way, I’m grateful for it because it led me to where I am today.

I know I’m not the only one who feels this way from time to time, so let’s take a look at some reasons why anyone might regret some of the decisions they’ve made regarding education.

Common Regrets About Going to College

1. I Didn’t Learn Anything

I know of a few people who don’t feel like they really blossomed in college. Sure they took some classes and passed everything, but they don’t see how their college education translated into real world skills. They learned much more from their first jobs than they ever did from sitting in a class in school. The solution to this problem might be to encourage college students to do a few internships.

2. It Was Too Expensive

There are many ways to get the college experience, and sometimes people go for the expensive private school whether for the name or the small class sizes or some other perk. However, these private schools often come with a hefty price tag, and often people regret going to them when they could have had a similar education at a less expensive public school.

Some people, like me, might regret their education because they don’t use what they learned. They might even forget what they learned because they don’t study it regularly! For example, despite the 6 years I spent learning about the Civil War, I feel like my knowledge isn’t as sharp as it used to be. For someone who used to give Civil War battlefield tours, I now have a hard time conjuring up dates and generals when it used to be second nature. While I’m sure that reading a few books would bring these things back into focus again, my interests are simply quite different now.

Ultimately, I think saying I regret my education is too strong of a word. I’m glad I did it, and at the time, I enjoyed it. I wish I would have handled things a little differently and waited a bit longer before transitioning to graduate school, but what’s done is done, and like I said, it all led me to where I am right now.

Do you regrets about going to college? What would you do differently now?