A Rant on Interest Rates and Refinancing Student Loans 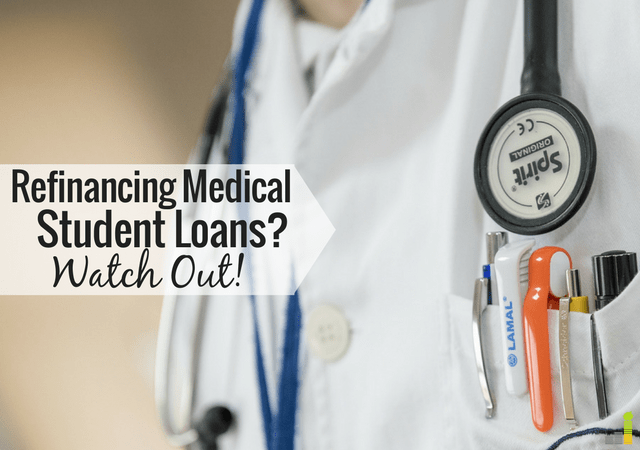 As many long time readers know, my husband is a newly graduated physician who has six figures of student loan debt. I’m not going to rant today about how ridiculously expensive medical school is or how there is a doctor shortage with a serious lack of residency positions. That’s another rant post for another day.

What I want to rant about is how extremely difficult it is to get a decent interest rate when refinancing student loans. Let me explain:

Both my sister, who is about to graduate from medical school, and my husband have had the hardest time refinancing student loans.

Most of my husband’s student loans have 6-7% interest rates. The interest on his medical school loans accrues at $70 per day.

Student loan refinance companies advertise everywhere and talk about how much money you’ll save if you refinance through them. However, they are not hospitable to medical students and medical residents, at least not at this time.

The primary reason we keep getting denied for student loan refinancing is that my husband doesn’t make enough money relative to his debt load. He’s currently in residency making $50,000 per year. To the bank, even with me as a co-signer, he doesn’t have enough income to satisfy their debt to income requirement.

I even talked to one of the higher ups at SoFi at the most recent FinCon. He said they would be rolling out a new program for medical resident refinancing soon. I stayed in touch with the SoFi team a few times about this issue, but I never got a satisfactory answer or real help with my husband’s refinance.

I did, however, refinance my own student loans with SoFi, but that process was very straightforward because I had a much lower student loan balance at around $30,000.

It frustrates me because banks are totally fine loaning out hundreds of thousands of dollars to future physicians so med students can become educated and take care of people.

However, when these students become resident physicians and want to pay back those loans and lower their interest rates, the banks are suddenly not hospitable and complain that students have too much debt.

At this time, I don’t think we’ll be able to get a lower interest rate on my husband’s loans until he is a fully practicing physician with a higher income. 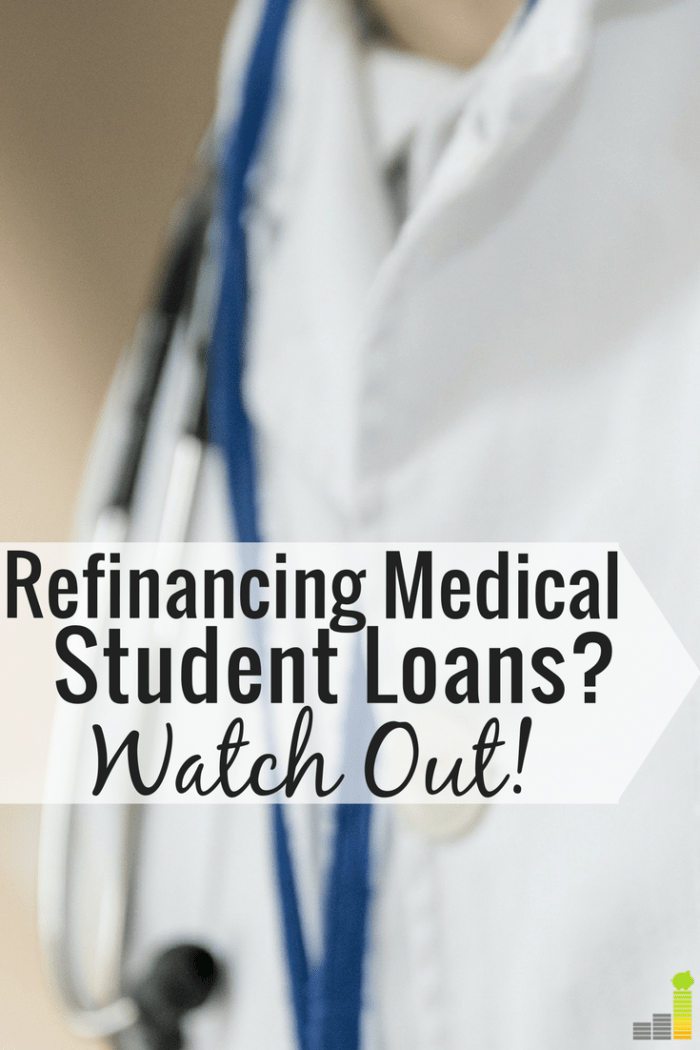 It’s Super Easy to Get A Car Loan

Oh but wait! Forget trying to get low interest rates for student loans that will be used to educate the world. Let’s definitely penalize the people who work 15 hours a day and know how to save people who come into the ER bleeding.

But you know what? If one of those doctors has a great credit score, by all means they can get a low interest rate on a car loan! After all, after working 15 hours a day, shouldn’t they have a nice shiny car to drive home?

We just bought a new SUV after our 250,000 mile SUV finally bit the dust. Guess what interest rate I got on the car loan? Seriously, just guess.

And here’s the kicker. The $12,000 I borrowed for my car literally got put in my bank account in cash in two days. Then, I went into the dealership as a cash buyer and bought an SUV.

Why is it easier to buy a car than it is to lower the interest rates on student loans?

What is up with that? Why do I have to jump through so many hoops and beg banks to lower student loan interest rates from 7% to 5%, when I can literally get a 1.74% interest rate on a car in five minutes flat?

Maybe I’m comparing apples to oranges, and I know that a $12,000 car is a very different amount from a $300,000 medical school education.

I just don’t understand why one is so much easier to come by than the other when we are the same people with the same credit scores and the same income.

I really look forward to the day when all of this debt is behind me; when none of this will matter; but until then, I’ll just rant about it.

Did you have luck when refinancing your student loans? Am I the only one who is irritated by the difference in interest rates between car loans and student loan refinancing?