The Power of Customization in Your Debt Payoff Plan 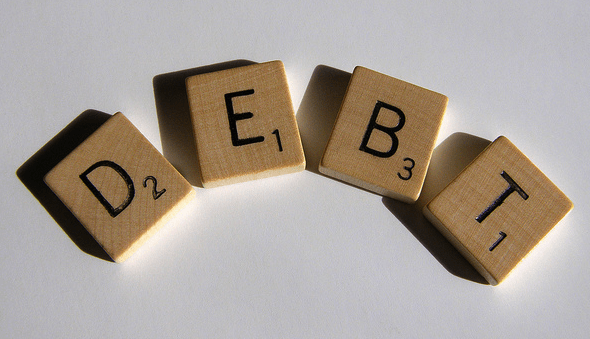 One of the reasons we homeschool our children is because it allows us to tailor their curriculum to their individual learning styles, interests and educational needs. But a homeschooling lesson I learned this week taught me that not only does this type of customization work well in the classroom, it’s helpful for reaching financial goals such as working to pay off debt too.

Our four kids have four very different learning styles. One of those kids was especially difficult for me to teach, until, that is, I learned how to customize her curriculum and lessons to her particular learning style. For years, I worked to teach her in the same style I did the other kids, and it was never easy. She’d resist, I’d coerce, yell, beg, bribe and use trickery all in the name of getting her to simply sit down and do her schoolwork. Now, mind you, this particular child isn’t rebellious or disobedient, at least any more than other kids are.  🙂  But as I searched my mind for ideas to get her to get progressing, I had a flashback to her potty-training days.

Here too, she fought me every step of the way. I used all of the above tactics and more, working to get the kid out of diapers, but again, she resisted every step of the way. It wasn’t until I let her alone about it that she chose, on her own, to get it done. And it’s been that way with every single thing she’s done since then: If I harass her or interfere too much in training her, she’ll resist. If, on the other hand, I give her the instructions and let her be, she’ll not only get it done, she’ll likely excel far beyond what I expected of her. She’s the kind of kid that needs to do it in her own time and her own way, and when she’s left to figure it out on her own, she succeeds far beyond what our expectations of her are.

Case in point: One day on a mom/daughter bike ride, she asked me how to ride without holding on to the handlebars. I knew that she didn’t want specific instruction or training from me, but rather the basic verbal rules of the task. I told them to her and let her alone. By the end of the week, the kid was driving up and down our long, curved, inclined gravel driveway, turning around, and coming back up again, all the while not touching her handlebars once. Although, as a mother, this gave me a bit of a panic, I knew that she had practiced fervently enough that she knew what she was doing, so instead of trying to interfere and teach her the “safe” or the “right” way of riding without handlebars, I sat back and enjoyed the picturesque moment of my daughter’s stellar accomplishment.

There’s the snowball method, the avalanche method, the snowflake method, and a host of other plans and theories that were designed to help people pay off debt and achieve financial independence. Some people will tell you to save 10% of your income, some say 20%.  All of these plans and tactics are great and allow for success in a journey toward financial freedom.

What’s Best for You When it Comes to Debt Payoff?

The plans are all great, in theory, but they may not be right for you or your particular situation. This is where customization is so very powerful as you plan your own journey to becoming debt-free.

Take our situation, for example. When we first started our debt payoff road in January of this year, our basic monthly bills added up to roughly $1,000 a month MORE than our base income. Suffice it to say that a basic budget was NOT going to work for us.

So what did we do? We customized a plan to fit our particular situation. We cut our expenses down to bare-bones minimum, made a budget as best we could, paid what we absolutely had to, and what we could afford to pay, and then the rest waited until we found a way to bring in some more income to cover the shortfall. We were winging it, largely.

Not much of a plan, you might say, but it worked for us, and it’s still working for us. Due to increased income we are not as short as we were at the beginning of the year, and we are better able to manage a real budget now. We are even putting away 1% of our income into a savings account/emergency fund. Although 1% may not be nearly enough for some financial gurus, our situation deems that we pay some stuff off before we put a larger amount into savings.

Given the specifics of our situation, we had to customize our budget and our debt payoff plan to meet our particular payment responsibilities and living expenses. And given that we started 2013 in the hole each month, the fact that we are now putting away a faithful 1% of our income into savings is a pretty darn big accomplishment, wouldn’t you say?

If, on the other hand, we’d tried to start off making a budget with 10% going into savings as some experts suggest, and so on and so forth, we would’ve never been able to pay our monthly bills on time, thus accruing late fees and ending up in even more financial trouble than we began with. If we’d stuck to the gurus and their plans, we’d feel like utter failures and our debt payoff plan likely would’ve failed.

The power of customization – customizing our budget and our plan to fit our specific situation instead of someone else’s – saved us from bankruptcy and got us moving, albeit slowly, on a road that will eventually lead to financial independence.

So remember as you contemplate your own road to financial independence to use the power of customization to get you succeeding on your path in the way that best suits your individual situation. Yes, use the gurus and their plans to educate yourself, to guide you, and to have goals to reach for, but customize your plan to get there based on what works best for you.

In what way have you customized your plan for debt freedom or financial independence that’s different from the norm?

Laurie is a wife, mother to 4, and homesteader who blogs about personal finance, self-sufficiency and life in general over at The Frugal Farmer. Part witty, part introspective and part silly, her goal in blogging is to help others find their way to financial freedom, and to a simpler, more peaceful life.

Latest posts by Laurie (see all)