Paying Off Debt While Dealing With Debt Fatigue 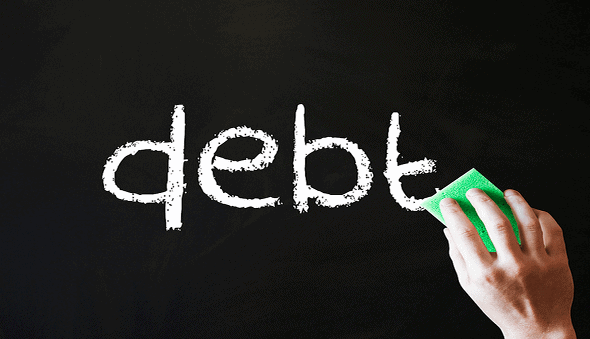 Many of us have dealt with paying off debt in one form or fashion; whether it be credit card debt or student loan debt, few of us are untouched by debt. While I consider a mortgage debt as well, I really am excluding that from this post as the benefits of owning a house can be significant. The kind of debt I am talking about is consumer debt.

This is debt that we have chosen at one level or another to get into, such as credit card debt, student loan debt, or a 97 month car loan that feel endless. This burdensome feeling can help create the nasty beast of debt fatigue and can be ruinous if allowed to run its full course, but as one who has dealt with it in my paying off debt past, I can tell you that it can be overcome.

What is Debt Fatigue?

There are various definitions of debt fatigue floating around out there, but the main point of them is that it occurs when the feeling of paying off debt becomes so burdensome that you’re tempted to give up, break out the Arrival World Mastercard and start spending again with the ultimate result of declaring bankruptcy. For those who have never dealt with paying off debt, the idea of debt fatigue may seem like a silly one. If you got yourself into this debt situation, then can’t getting out of debt be just as easy? I wish it were, I really do, but sadly it is not. This debt, generally speaking, did not happen overnight and thus will not be paid off overnight.

For many this journey to pay off debt can take years and often times may feel like it will never be fully accomplished and thus fatigue and the desire for it to be over can easily set in. Some may give in and return to their spending ways and continue to stay in debt, though it’s the ones who’re resilient and keep that vision of being debt free who are able to keep at it and succeed. As one who has dealt with debt fatigue, I can tell you that it’s very real. I’ve learned the hard way that paying off debt requires a rare level of persistence and endurance.

I have shared before about how I racked up nearly $25,000 in credit card debt while in college. While I could blame many things, that ultimately would not be dealing with the source of the issue – myself and my uncontrollable spending. Once I came to grips with the debt I alone had created, I realized (through a very helpful individual or two) that paying off debt required me to take on a certain mentality. I HAD to want it and I needed a plan to become debt free. That plan took just over four years to achieve.

During that time, I constantly looked for ways to pay off  my credit card debt. Whether it be finding ways to make extra money on the side, or cut back even more, there are only so many things you can do at the end of the day. Even ten years later, I can still remember the burdened feeling that comes with paying off debt. It became so much so, that I just wanted to throw my hands up and say “to hell with it” and give up. I am thankful that I never gave into it.

If you’re dealing with that now, my message to you is to not listen to that voice. Keep in front of you what being debt free will feel like and keep pressing on towards your goal. I know that is generally easier said than done, but as one who has been through it before, giving in to debt fatigue will ultimately result in nothing good at all. Instead of giving in to it, revisit your plan, go to someone who can encourage you, or look at the progress you have made and you’ll generally find these will help you continue paying off debt.

Give Yourself an Outlet

When I started my debt payoff journey, there were two things the debt counselor shared with me that I still carry with me today. First, she told me to budget as she viewed it as the beginning to me paying off debt and getting my spending under control. She did not leave it at that, but helped me set it up and kept me accountable as I started. The second, was almost counterintuitive to paying off debt. She told me to give myself fun money that I could use on whatever I wanted. Otherwise, she said, you will encounter debt fatigue and likely give into it.

If you have paid off debt before, or are paying off debt now, you know how monotonous and burdensome it can feel. I thought that I needed every red cent to throw at my debt and spending anything on myself was unwise at best. I am so glad that she told me not to do this, but instead allow myself an outlet, however small, that I could use to enjoy life – albeit simply.

I can’t remember how much it was exactly that I started with on a monthly basis, though it was very small. That was money that I knew was mine. I could spend it however I wanted and if there was something bigger I wanted then I could set a saving goal to obtain it. On top of that fun money, I would also encourage you to find creative outlets such as gardening, reading, hobbies or activities that allow you to not have to constantly focus on paying off debt. As one who has been through debt fatigue, take it from me that giving yourself these outlets will help you keep a balanced life and will ultimately help you to reach the other side of becoming debt free.

Have you ever dealt with debt fatigue, in the past or currently, while paying off debt? What did you do to overcome it?