Why I Won’t Be Going Shopping on Black Friday…Ever 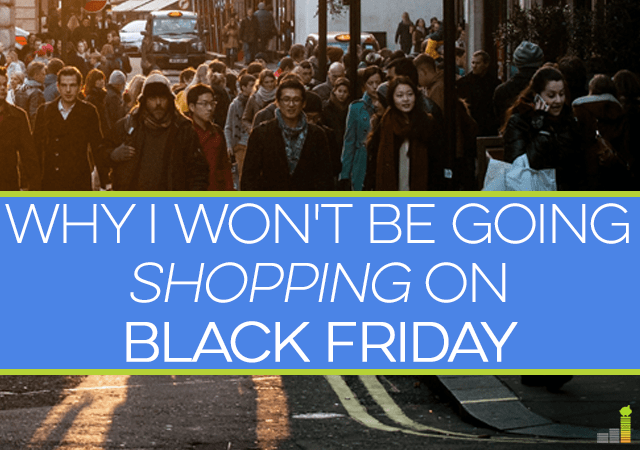 The air is getting crisper, the leaves are changing to beautiful hues of red and gold, and pumpkins adorn neighborhood doorsteps. Soon, to add to this delightful ambiance of spiced lattes and cute puffer vests, large, unwieldily holiday crowds on Black Friday will stampede through the malls reeking havoc on all.

These shoppers, heralded for their skills including standing in long lines in the freezing rain and leaping over boxes in the aisles to get ahead, treat Black Friday as more important than Thanksgiving just to have their chance at $50 off a large TV that they likely can’t afford to begin with.

In case I wasn’t clear in the previous paragraph, I’m not a fan of this day. Whether it’s to save money on Christmas shopping, to enjoy the thill of getting an awesome deal or pure Thanksgiving tradition, there are many people who love to go shopping on the day after Thanksgiving. I’m just not one of them. Here’s why I haven’t gone Black Friday shopping since college and why I refuse to go ever again in the future.

Did you know that seven people have died in Black Friday related incidents over the past few years? Let me repeat: People. Have. Died. I mean really; is $10 off that toaster worth your life?

A few years ago, a Wal-Mart employee who was 34 years old was literally trampled to death by the crowds. People started lining up as early as 5:30 p.m. on Thanksgiving Day to get their deals and by the time the store opened in the morning the crowd was up to over 1,000 people. I don’t go to Wal-Mart on a normal day to buy a toothbrush, let alone stand in a crows that big scrambling to get the best deals on cheap plastic nothingness.

In the last year or two, stores have started to open on the evening of Thanksgiving Day. What happened to family time, football games, or just sitting on the couch because you’re in a turkey coma?

According to this site, a whole list of stores will be open on Thanksgiving Day this year, including Target, Wal-Mart, and JCPenney, but others are committed to keeping the holiday family friendly, like Nordstroms and Barnes and Noble.

We get so little time with our family and friends these days. It seems that people rarely use their full two weeks of vacation, and we’re all always on our phones, computers, and tablets. Thanksgiving is a time to turn all of that off, focus on breaking bread and sharing food and contemplating the many blessings in our lives. If people are waiting on the edge of their seats for the Thanksgiving meal to be over so they can hurry up and get to the mall, the entire reason for the holiday is essentially null and void.

The Deals Aren’t That Great Anyway

There have been many articles over the past few years by USA Today and the Wall Street Journal stating that the “deals” that come with Black Friday are a myth. In fact, for many types of products, it can be better to purchase at the beginning of the month or the day before Thanksgiving versus the day after.

The Wall Street Journal even tracked a few specific items like a TV and a men’s Citizen watch and found cheaper prices during other times of the year. So, if you want a particular item that is expensive, the best thing you can do is to actually look up data to find the best price for that item throughout the year. You might be surprised to find that it’s cheaper to buy it in March than November. 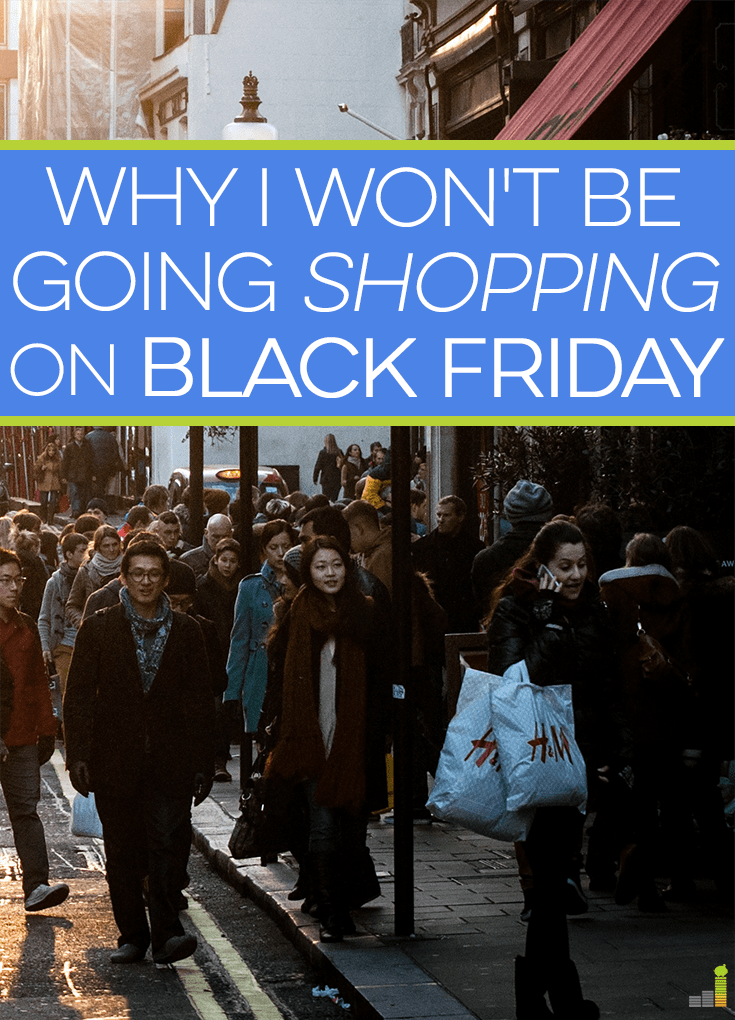 Over the past few years I’ve been trying to acquire less and less stuff. I just feel better when my house is clutter free. It’s hard to be a minimalist when you have children, but by sticking to the four gift rule at Christmas and limiting the amount of things I buy throughout the year, I’ve found that I’m calmer and happier in my own home.

Black Friday goes against all the principles of minimalism. The idea is to get as much stuff as possible for as cheap as possible. For those reasons, I’m fundamentally against the day and don’t plan on taking part in the Black Friday festivities any time soon.

Will you be shopping on Black Friday? Do you think the advertised deals are worth all the hype? What kind of an approach do you take to Christmas shopping?