Posted on November 6, 2013 by John Schmoll in Money Management 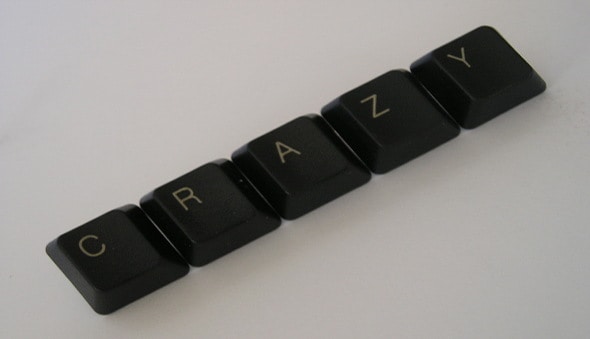 The following is a contribution from Ben at The Wealth Gospel.

There are a lot of things in our society today that have become accepted as “the right way to do things.” Many of them are good rules to live by, and many more have only a sliver of truth, which is weighed down by the fact that they’re completely irrational. They consist of rules of thumb, precautions and mind sets, some which have developed over time and others which are more recent arrivals to the scene.

In the traditional world of personal finance, the most important goal is generally retirement. The only problem is that they got the age wrong. Take a step back and think about it. Do you really want to wait until you’re old and things stop working the way they are supposed to before you start spending time with the people you love and doing the things you love?

Granted, there are many people who love their work and would enjoy doing it until they’re dead, but there is a huge difference between having to work and choosing to—which is what retirement is all about.

Along with this is the rule of thumb of saving a certain percentage of your income for retirement. It generally ranges from 10-20%. It’s important to have a set amount you’re saving, but why stop there? Just take Mr. Money Mustache’s shockingly simple math for early retirement.

Again, the idea isn’t to give up doing what you love to sit around, watch television and drink beer. Unless that’s what you love. But really, the idea is about giving yourself options; making it so that you can choose to do what you love until maybe someday down the road that changes and you have the flexibility to adapt.

The general first thought people have when they receive a raise, a bonus or a big tax return is, “Holy crap! What should we buy?!” You want a bigger house, a newer car, a boat, or just increased ancillary spending on things like eating out, even more cable channels and vacationing.

The overarching reasoning behind it is that you deserve it. And you know what? You’re right—at least partially. Doing those things aren’t inherently bad, but the future You doesn’t deserve to get the shaft because the present You is too selfish or myopic to share.

When I worked in the financial services industry and counseled young couples on the topic of raises, I would give them a loose rule of thumb: 50% of the extra income should go directly to retirement savings, 30% toward debt and 20% toward whatever lifestyle increase you choose.

Depending on the amount of debt you have, your ratio is going to change a little, but the idea is to keep the priorities in perspective.

This is one of the newest insanities to storm the world and is by far my favorite. The idea is that you only live once, so you should do whatever you want now and leave consequences for the weak and worrisome. Another way of saying it is, “Eat, drink and be merry, for tomorrow we die.” The truth is that you do only live once on this earth. The stupidity comes in when you forget the fact that your future also belongs to that life.

Living your life as a string of never-ending todays will make you wish you had given a little more thought to the tomorrows. I’m not calling for selling out your happiness today by focusing only on your future.

Both extremes aren’t going to help. But finding the right balance can help you to give up some things for what you want most while also enjoying the present.

This is also a new one that has cropped up since the most recent recession. Everywhere I go, I hear horrible things about the economy. Working at a bank, I hear a lot of customers tell me about how they’re moving a lot of their money out of the stock market into CDs and money market accounts because “it’s better to be safe than sorry.”

But they’re somehow oblivious to the fact that the Dow and the S&P 500 are at all-time highs right now. Sure, things aren’t going as well as we would like them to be in a lot of areas of the economy, but my IRA is up 17% since this time last year so things aren’t looking too shabby.

But fear will do that to you. Fear is strong enough to get you to disregard decades of strong recoveries that have followed the stock market’s declines, each cycle creating a stronger market. It’s strong enough to scare you into taking your investments and leaving them in accounts that can’t even keep up with the rate of inflation.

The stock market is surprisingly a very emotional place to be. There is no right answer to how much you should have in risky investments and how much in safe ones, but I would argue that putting your retirement nest egg in a CD is more risky than putting it in the stock market because you’re guaranteed a negative return after inflation.

The folly of buying new when it comes to cars has probably been beaten into the brain of every person reading this. But why stop there? I buy a lot of books used on Amazon and they’ve performed just as well as new ones. I’ve even gotten compliments on some of the clothes I have purchased at second-hand stores, and I’m not a super fashionable guy in general.

So you can be fashionable and frugal! I bought a refurbished computer for $85 while in college that lasted me a couple of years. There really are a lot of things you can buy used that will do the job just as well as a new version would. In fact, a lot of the time you can’t even tell the difference. There are some things you shouldn’t buy used, though. For example, I would recommend staying away from used underwear.

What are some of the things you find ridiculous or insane that seem normal to the majority of people today?

Ben Luthi is a personal finance blogger who does his thing over at The Wealth Gospel. His passion is to help people to stop thinking about personal finance in the conventional way and to find their true potential and align their behaviors with it. And he speaks German fluently, which is sort of cool. You can follow him on Twitter at @WealthGospel