Would You Choose To Go Without Health Insurance?

Not having health insurance is going to start costing you come tax time. Would you ever choose to go without it because you might not be able to afford it? 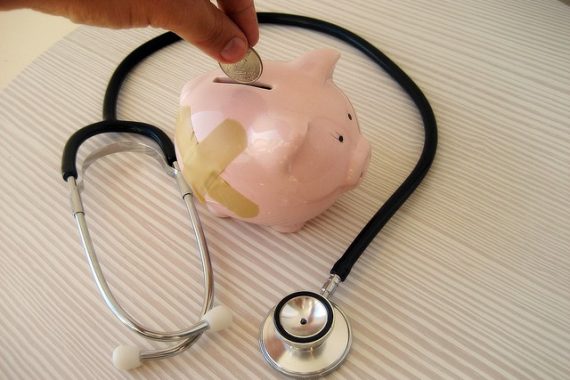 Home » Uncategorized » Would You Choose To Go Without Health Insurance?

If you’ve been a long time reader of Frugal Rules then you know the challenges we’ve been facing with our health care coverage lately. Unfortunately, I know we’re not in the minority as health care has been an absolute mess for years, with the ACA, while good intentioned, only making it worse on a number of levels.

Well folks, if you’ve started to work on your taxes for this year then you’ve likely noticed part of what Obamacare introduced – the box to check to indicate whether or not you had health care coverage in 2014. As you probably know not checking that little box comes with a repercussion – a penalty.

The Choice Becomes Even More of a Financial One

Living without health insurance, especially if you’ve gone through it yourself, is not an enviable position to be in. I was in that very situation for about a year after I graduated from college. I was in debt, did not have a steady job and thus it was one of the first things I axed. I was a single guy, relatively healthy and thus took a measured risk that I would be fine and thankfully I was.

With that being the case it wasn’t a true direct financial choice, on one level, because I didn’t face the idea of a penalty; however, I still faced the possibility of getting sick or injured and not being able to pay for it. Now that individuals are facing penalties for not having coverage it becomes an even bigger financial decision, as they know they’ll be paying up for not choosing coverage.

While there may be some who choose to completely abstain from getting health insurance, my concern is that far too many people are going to be in that spot because either their employer doesn’t offer it or they can’t afford it on their own. I fear that the uncomfortable situation of choosing whether or not to get health insurance will become an unfortunate reality for some families and individuals this year.

Much like the shift from the traditional Pension to the employer sponsored 401(k) plan revolutionized how people save for retirement, I believe the ACA will shift the burden of responsibility for providing health care onto individuals. In short, we are now more personally responsible for what we’ll receive.

I recognize that the ACA was some sort of step towards socialized medical care (though it falls far short of that in my opinion). In actuality, it requires us to think through our decision making about health care more as consumers.

What does this mean? This means we’re forced to look at our finances and manage them according to what our priorities are. It means, assuming you do want coverage, making the decisions necessary to afford that coverage. It means that if you can’t afford health coverage then to plan accordingly as it will impact your future tax returns.

*Related: Not sure where to get a flu shot this season? Read our guide for the best places to get cheap flu shots near me to save money and stay healthy!*

If your situation is like mine then you know how much of a challenge that affordability aspect is going to be.

According to Healthcare.gov, the penalty for not having health insurance in 2014 is going to be a relatively meager one. It’ll be either $95 or 1 percent of your annual household income (above the filing threshold) – whichever is greater. So, for many this might not be much at all and could be as low as $95. However, it’s only going to ramp up year over year and if you’re hoping to be exempt you likely didn’t have a very good year.

Just out of curiosity, I wanted to see what my family and I might face in future years if we were forced out of having health care coverage. To find out, I checked out this handy calculator from the Tax Policy Center. Based off some conservative figures it shows that the Frugal Rules’ family would be on the hook for roughly $3,500 in penalties for not having health insurance by 2016! I realize the intent behind this is to help others, but it would come at a steep price.

Like it or not, the rubber is meeting the road. While I applaud many of the changes the ACA has brought it is far from perfect. In fact, my family and I are seriously considering leaving health insurance behind us altogether and pursuing a Health Care Sharing Ministry that would get us around the penalty.

We do not take this decision lightly by any means. Having young children, I’d hate to leave health care coverage behind. It honestly scares me slightly and is a decision that would be much easier if I was just on my own. But, that’s not the case and facing a situation where we might have to take somewhat drastic action for the sake of our family has us questioning why we should pay so much for something that brings us little to no value.

Are you going to have to pay a penalty for not having health insurance this year? If you used the calculator, what would your penalty be rising to in future years? Do you have an issue with paying a penalty knowing it will go to help others? What would you hold on to before health insurance?