What is More Important to You – Work or Family?

Posted on April 11, 2014 by John Schmoll in Random musings 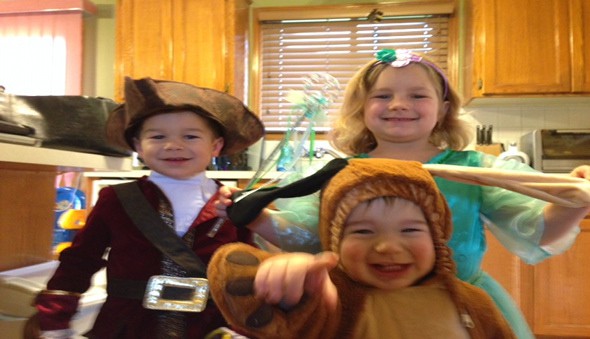 Happy Friday friends! I apologize for being MIA the past week or so. The kids and I have been pretty sick, so much so that it feels like the Frugal Rules home turned into a sick ward over the past few weeks. Hopefully the worst is behind us and we can move on with life.

Anyway, I know the title of the post is a bit on the ridiculous end but I was inspired by reading Is it REALLY Okay to Take Paternity Leave by Andrew over at Living Rich Cheaply. At issue in his article was the mini uproar caused by baseball player Daniel Murphy of the New York Mets who took three days off after the birth of his child which included missing several ball games at the beginning of this season.

This, essentially, kicked off a number of talking heads ridiculing Mr. Murphy for taking the time off and missing the games that he did. At risk of redoing Andrew’s post, which you really should read if you haven’t, a lot of it boiled down to the fact that Mr. Murphy gets paid quite handsomely to play a game and that his priorities should be baseball first and everything else second.

Sadly, this isn’t the only time something like this has happened. I remember back to the early 90’s when Houston Oilers Offensive Guard David Williams was fined $120,000 (equivalent of one game check) for leaving town to be with his wife as she gave birth.

To make matters worse, he was threatened with suspension from the team because of this “callous” act of wanting to be there with his wife as she gave birth. Beyond Mr. Williams, this has happened numerous times in my lifetime and generally goes back to “being a man” and there for the team as opposed as there for your family.

Speaking personally, this was what was told to me during Mrs. Frugal Rules’ last pregnancy while I was in the brokerage industry. I was told that I couldn’t leave work until my wife was actually in the hospital and that if she went into labor while I was on the job, then oh well, she would find a way to the hospital somehow. I’ll let you take a guess as to how close that was to me quitting my job and taking the plunge into self-employment.

I realize the time you as a parent take off at the birth of a child is entirely personal and should be based on your situation, wants and needs, but for me the decision is clear as can be – you take time to be with your partner and soon to be child. I know the argument of look at how much the athlete is being paid is thrown out there and his/her “responsibility” to their team and I have one thing to say…”Blah. Blah. Blah.”

Tell me, when your life is nearing its end, which do you think you’ll look back and cherish more – being with your child and experiencing those first few moments and days and just simply watching them and forming that bond, or scoring one more touchdown or getting one more strikeout? In my opinion, the answer is quite simple.

I know that to some, this attitude might make me less of a man. That may be true, but if the definition of a man is someone who is not there with his family to experience those precious moments in life then I’m happy to be considered less of a man.

What Company Do We Keep?

I know that was a bit more opinionated that I normally am, but it’s important to me. After reading Andrew’s post, I went to do a little research on paternity leave, and really family leave altogether. Not surprisingly, we here in the States fare pretty poorly when it comes to paid maternity/paternity leave.

We do have the FMLA option which provides for up to 12 weeks of unpaid leave that you can take after the birth of a child. Going that route allows you, in most cases, protection of your job so you can have it when you come back to work.

The problem with this leave is that it’s unpaid, leaving families scrambling to cover those lost wages for when the mother or father are out. I realize they could’ve saved prior, and saving/planning ahead is something I heartily endorse, though that is a different topic altogether.

That said, how do other countries fare in terms of paid parental leave? They do quite well in fact, and it’s not really surprising. In a recent Pew Research Study, the U.S. is the only country out of 37 other countries (mostly European or Asian in nature) studied that doesn’t offer some sort of paid maternal leave.

The ranges vary, and often is thanks to government support, but mothers get some level of pay after giving birth to a child. I’m not usually for more government intervention, but it tells you something when our friends put such a high value on family.

What does this tell you when countries that aren’t always the most upstanding when it comes to rights require by law for fathers to take time off to be with their newborn children? In my opinion, it shows very directly where our priority is put, and not very surprising at that, work is held in higher regard than spending time with your family. Again, going back to my previous statement, at the end of your life will you be thankful because you spent that extra hour at work, or spending it with your child…or someone else you love for that matter?

All is not Lost – Look to California

Having lived in SoCal for several years, I know California gets its share of knocks. Some are warranted but many are definitely not. That said, this is a case in point where our federal government needs to look at what California has done – over ten years ago at that!

In 2002 California signed in to law Paid Family Leave. The law allows for someone to take six weeks off, at partial pay, to bond with a newborn child or care for a seriously ill family member or partner. In 2013 this was expanded to apply to grandparents, grandchildren, siblings and in-laws.

This is covered through a small tax contribution per paycheck to provide for such time. Thankfully, New Jersey and Rhode Island have signed similar laws into place providing for such time to care for needs like this.

I know we take pride in our work here in the States. I fully support taking pride in your work as it goes back to being a person of your word, in my opinion. However, that should not be done excessively at the expense of your family. Life is only so long and I’d much rather have the memories of time spent with family and friends as opposed to slaving away to make a few extra bucks.

Why do you think our work/life balance is so out of whack here in the States? Do you think a professional athlete owes all they have to a team at the expense of missing the birth of a child? If you’re a parent, how much time off did you take after the birth of your child(ren)?