What is the Key to Success When Paying off Debt?

Posted on November 4, 2013 by John Schmoll in Debt 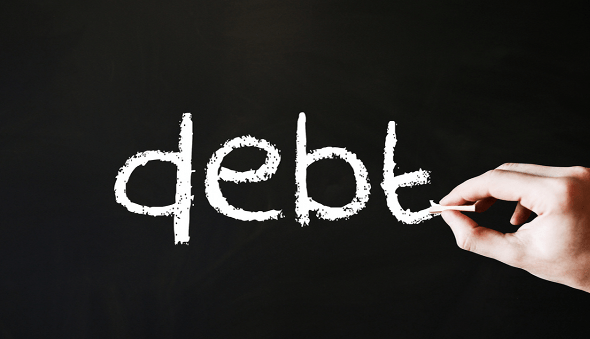 Many of us have had various levels of experience with paying off debt. Whether it be mortgage debt, student loan debt or credit card debt we seem to be surrounded by it in our society. I’ve been asked numerous times recently about my journey of paying off debt – in the neighborhood of $45,000 if you count both credit cards and student loans and it caused me to look back at what the light bulb moment was and what it was that brought success.

As a disclaimer, I do believe there are many things that can help you succeed at your debt payoff and even possibly lead you to be able to pay off debt quickly. That said, as I look back, it really was one thing that made a difference and allowed me to pay off my debt successfully.

Some Methods Can’t Take You the Distance

What are some of the more popular methods suggested when you’re paying off debt? There are a few that seem to be mentioned nearly every time. Some of those include:

I have nothing against these suggestions. Heck, I think I’ve written about all of them in the past so I obviously support them. I also did each one of them when I was climbing out of credit card debt, so they do work. The problem though, is that they can tend to be limited in how effective they’ll be.

Take cutting expenses for example. If you’re up to your eyeballs in debt then trimming the fat will help. You can look at things like cheap cell phone plans from the likes of Republic Wireless or Straight Talk which can save you some money, but you can only cut so many things before you’re living in a refrigerator box. Yes, having that extra $100 or $200 will help you as you’re paying off debt, but will it really help you pay off debt substantially quicker if you have $50,000 or more in debt? I don’t think so.

You can also try to earn more so you can put more toward paying off the debt but you can work only so many hours in the day. However, if you can combine the two, that’s where the magic can happen and give a boost to your debt payoff strategy.

If these methods at paying off debt are somewhat limited, then what’s needed? I am glad you asked! 😉

If the above methods are somewhat limited, then what is it that will take attacking debt to the next level? In a word – attitude! That’s right, attitude, (in my opinion) is the key to success when paying off debt. Why you ask? I believe it’s because you have to want to be out of debt. Not in a ‘I want a puppy for Christmas’ kind of way, but in a ‘I am going to do this come hell or high water’ kind of way. Meaning, you’re going to give all you have at paying off debt and accept nothing less.

As I look back on my debt payoff journey, I went nearly a year knowing it was an issue but I did not want it in my heart. Simply put, I was avoiding it. I thought that by avoiding it that it would somehow magically go away and the debt fairies would wipe the slate clean.

Friends of mine knew this was going on and would bring up the debt and I’d quickly change the subject. My attitude was one of not accepting that I had gotten myself into this situation and thus made no progress. What eventually got me going towards paying off credit card debt was getting an attitude adjustment thanks to a few wise people. I saw that I had to stop seeing myself as a victim, to see that I wanted more in life than always worrying about debt and had to attack it with all I had. Was it easy? Heck no! But what made the difference? It was my attitude and the rest, as they say, is history.

That Attitude is Integral to Your Debt Payoff Plan

Ok, now that you have that attitude that’s geared towards paying off debt where do you go with it? I am a visionary, so I looked at what I wanted. I wanted debt freedom, but I needed to have a plan to attack it with. A goal is great, but it’s the plan that gets you there. That plan will vary based on your personal situation, but for me it meant being vigilant as I was paying off debt throwing all that I had at it. That vigilance was a natural outflowing of my attitude and helped me plan my attack.

I was also preparing myself for my post debt life because when you’re done paying off your debt, you suddenly realize you have a bunch of cash to use however you wish. I wanted to teach myself as I was paying off debt so I could be prepared to work on the next goal after becoming debt free.

My point in all of this is that your attitude can seem like it’s a very small thing, but that small thing directs so many of your actions and so much of your planning that it can be either your staunchest ally or most villainous enemy as you’re paying off debt. The beauty in all of this is that once you realize how powerful your attitude can be, it’ll benefit you in so many other ways in relation to your financial life and life in general.

Additional resource: If you’re looking for a simple way to stay on top of all your finances as you develop healthier financial habits, then check out my favorite tool – Personal Capital. Completely free, it allows you to track your spending, monitor your bank and investment accounts and watch your net worth grow plus many other tools.