How to Prepare for an Impending Job Loss

I remember my husband's impending job loss like it was yesterday. Now, when red flags appear, I know how to prepare without destroying our finances. 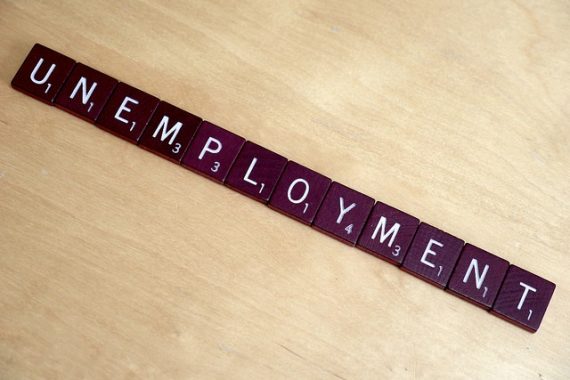 Home » Save Money » How to Prepare for an Impending Job Loss

Work at my husband’s business has been slow lately – really slow, and although there’s no indication that an impending job loss is in our future, slow business always reminds us that nothing is impossible.

In fact, we don’t have to think back very far to remember the time we walked through a job layoff. It was February, 2010, and while we hope we never have to go through it again, we want to be prepared for anything, just in case it happens again. If your company is sending signals that layoffs might be in the future, here are some steps you can take to prepare yourself to weather any impending job loss.

Before I get to the tips, let me quickly share my story. In 2010, my husband Rick’s company was slowly whittling down to nothing, and everyone knew it. There had been a couple of layoffs, and his department in research and development routinely had nothing to do (which by the way is bad sign #1). Being un-financially savvy at the time, we had a “que sera, sera” attitude about Rick’s job, even up to the day in February when he called me to deliver the bad news.

“I got my pink slip today, honey.” The words rang in my ears. I expected it, but then again, I hadn’t expected it. Denial, I guess.

Rick’s job ended six weeks later (yeah, we were lucky: usually an impending job loss means you’re gone now), and we winged it through pretty well during his seven months of unemployment. Between severance, unemployment and the like, we managed to make ends meet. It wasn’t until after he took his new job at 75% of his previous salary that our financial woes began and we fell into major credit card debt. But those of you following our story know that we woke up and smelled the coffee regarding our formerly irresponsible ways, and that we are now on our way out of credit card debt.

Yep, that’s right. Build up that savings account big time, socking away as much as you can until you’re certain that your job is standing on solid ground. Make only minimum payments if need be on your debts, but if you can do both, build up your savings and pay off your debts.  The goal should be to have at least 6 months’ worth of expenses in your savings account, in order to sail through any periods of unemployment.

Re-do your budget under the assumption that you’ve got very little to spend. The goal with a bare bones budget is that it contain necessities only, cutting out any non-necessities, to see what your minimum income needs to be during a time of financial crisis such as a job layoff.  In your bare bones budget, things like cable TV, entertainment and clothing funds are on the chopping block, leaving only necessities such as food, housing and energy bills to pay.

It’s always good to have an updated resume, but if you don’t, now’s the time to get that resume into tip-top shape. If you feel your resume writing skills aren’t strong, look online for resume writing articles or check sites such as Elance or Fiverr to find someone who will write your resume for you for a reasonable amount of cash.

If you’ve got an impending job loss in your future, or even the hint of a possible layoff on the horizon, now’s the time to start checking around and keeping your eyes open for potential new employment. I’d keep this search under wraps if I were you, as you don’t necessarily want your current employer to get wind of it, but just keep your eyes open for what’s cooking in your industry.

Now is also the time to form a side hustle plan. Having a list of side hustles you can do during a period of unemployment can mean the difference between financial success or failure. Job layoffs can be a part of almost anyone’s future, but by following the tips above, you can make sure you’re prepared for any impending job loss, whether or not it comes.

Have you ever had to deal with a job loss? What are your tips for surviving a period of unemployment? What advice do you have for saving for the future and paying down debt at the same time?