How to Hustle to Pay Off Credit Card Debt 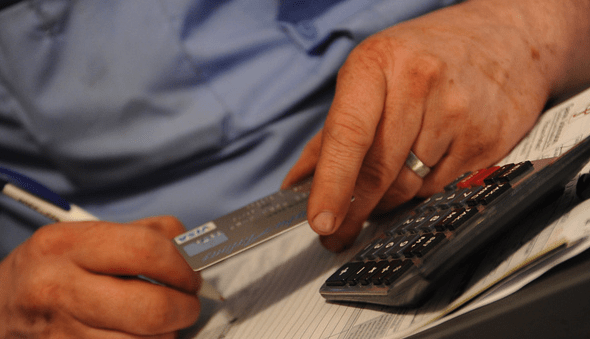 The new year is coming, folks, and here’s what I think. I think you should knock out your credit card debt in 2014 once and for all! Oh yes, it’s time to pay off credit card debt! It’s time to hustle baby and get down to business. There’s nothing stopping you from making 2014 the year you finally kick your debt to the curb.

You have to get pumped and excited just like you are training for a race. You know how people are always posting their running times and trying to run marathons? Well, that’s you – except you’re running one of the most important races of your life. You have to race against yourself and push yourself to change some habits. Debt weighs you down. It prevents you from enjoying your life. Get rid of it!

Remember, paying off debt is just as uncomfortable as putting on running shoes at 5:00 in the morning. No one wants to do it, but they do it anyway for the benefit it will bring to their life. I promise you that you’ll absolutely love being debt-free. There’s no greater feeling in the world than being in control of your own destiny, so seize it and get going!

2. Work Like Crazy to Pay off Credit Card Debt

There are so many people who think that they work hard. They claim their job is tough and their family life is tough and all they really want to do is sit on the couch in the evening and veg out after a long day. Well, you can veg all you want after your debt is gone. When you have credit card balances that you can’t pay off, you’ve got to work harder! Hustle! Walk up and down your neighborhood streets asking people if they need someone to shovel snow. Call up the newspaper and see if they need an extra person on their morning route. Get online and become a virtual assistant.

Work harder than you’ve ever worked in your life to pay off credit card debt. I promise you it will not be fun to work all day and then work some more at night. I did it for 18 months in order to pay off my credit card debt earlier this year. However, once it’s gone, you can go right back to relaxing in the evenings. Remember, the pain is temporary, so get started now so it can be over soon.

3. Know that Life is Short

How many times have you caught yourself thinking, “Wow, life is so short.” Maybe a close friend of yours passed away or you heard about some senseless accident. You know how you feel when that happens, like you should just seize the day and enjoy every moment? That’s the feeling you need to harness to pay off credit card debt. That’s where the motivation needs to come from. Do you really want to spend every month stressed and freaking out about money? Does it give you anxiety when the bills come in and you’re worried you won’t have enough to cover them? If so, let’s get rid of that feeling because it’s awful.

Trust me; I’ve been there. I’ve been in the Wal-Mart check out line and turned red in the face when two cards were declined. I’ve been the person refreshing my e-mail hoping to get my next PayPal payment so I can then turn around and give it to my landlord. It’s not the way to live, and I for one hope that I never, ever have credit card debt again. You won’t have to either, but you gotta hustle! Let’s make 2014 all about it!

Do you have credit card debt to pay off? If so, what’s your plan for tackling it? What can you do to bring some hustle to your efforts?