Finding the Inspiration for Becoming Rich Through Financial Curiosity

Posted on April 30, 2013 by John Schmoll in Money Management 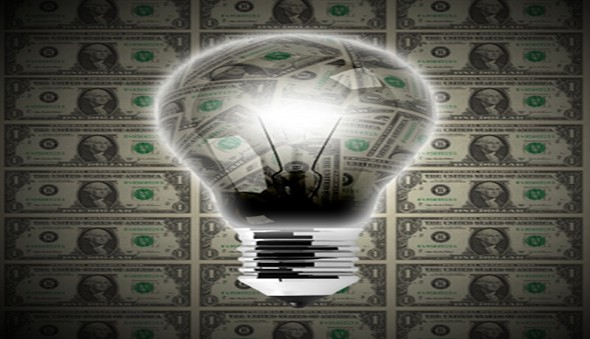 The following is a contribution from my good friend MMD at My Money Design.

I graduated from college and began my career exactly a decade ago this year. When I think back to the months leading up to my first real job, it’s funny to think about how different my priorities were compared to now. I thought that landing that big job was the path to becoming rich, and that wealth was measured by how big your paycheck was every two weeks.

That’s the reason it’s funny to think back on it. I couldn’t have been any more wrong or further from the truth.

I suppose that lots of young college students graduate every year with the expectation that the road to getting rich is somehow connected only to your ability to navigate from an entry level position to Vice President of a company. How was I to be any different or any less naïve? After all, the Internet was not as flush as it is now with tons of stories and great examples of entrepreneurial success. Little did I realize, however, that you only start to see the thing you’re after once you start looking for it.

It was early on at my job that I was handed my retirement plan packet without any explanation or instruction. Beyond my Dad and whatever literature accompanied that 401k package, I really had no clue what I was supposed to do and how I was supposed to pick out my funds.

Something didn’t feel right. Blindly picking out your investments from a cold piece of paper didn’t really seem like the path to becoming rich. There had to be more to it than this. Of course as I found out, there was.

I had long held an interest in how all things financial worked, and I figured this was just as good of a time as any to get more involved with my money and really take a solid interest in what investing was really all about.

Before long, I was getting my hands on every piece of financial literature I could find. I got to know the differences between an IRA vs 401k and how I could leverage each to my advantage. I got to know what variables would either make or break my retirement, and how important it was to carefully lay out a plan that I would be able to follow.

Interestingly, the greatest place my financial curiosity led me was not to any one specific type of investment or account. It was rather more of a change in thought.

The more I learned about investing in my 401k, IRA, and other taxable accounts, I realized that the power of these funds wasn’t necessarily in how much money I could build in the shortest amount of time. No, the real benefit was this:

This simple yet effective idea was different from anything I had ever heard about or been taught from anyone. From doing absolutely nothing other than being the owner of that investment, I was seeing first had how I could be making more money. My investments were growing without my involvement. This was definitely one of those pivotal “ah-ha” moments in life, and it begged the follow-up question:

Every Accomplishment Is an Inspiration

Ever since then, the sky’s been the limit when it comes to actions that will create wealth. Working and saving were an okay foundation, but becoming rich, retiring early, or even building unlimited wealth would have to come from actions beyond. The more I accepted this, the more I began researching, reading, and looking for anything I could that would expand my knowledge about building passive wealth.

Over the years, I’ve tried a number of different things from licensing music to dividend investing.  Even the act of starting my blog was an effort where one of the objectives was to bring in some extra cash. Building these passive streams became the focus of my blog as I move from idea to idea and document my progress.

With every small accomplish or revenue, I want to find a way to make it grow. With every failure I want to figure out why it didn’t work and take things in a different direction.

Absolutely none of this would have been possible if I hadn’t first taken a larger interest in what was going on with my finances. I knew that people were getting rich all the time, and it surely wasn’t from working more and hoarding all their money. There was a secret to building wealth and I wanted to find it.

If there’s anything I can encourage you to do, it’s to get active with your finances and figure out what’s going on. You don’t have to know everything, but you should at least have the curiosity to ask why. For me, it opened my eyes to a world that only a few people ever know about, and even fewer people find the ambition to explore.

I feel lucky to know what I know, and I’m thankful to have found so many great resources along the way. Sometimes searching for the answer to something can lead you to a place you didn’t even know existed. I’m glad I was curious enough to find that out.

What was your a-ha moment and how did it help you in terms of learning more about how your finances work towards you becoming rich over time?

Editor’s note: I can relate to MMD’s thoughts as it was not until I began to take interest in my finances and how they worked for me that I was truly able to harness them for our benefit. I, like MMD, am thankful for what I have had the benefit of learning and if I can do it then anyone can.

The following post was a contribution from My Money Design, a blog that is all about figuring out how to make your money work for you so that you can spend your time the way you want.