How Do You Measure Financial Success?

Posted on March 9, 2015 by John Schmoll in Money Management 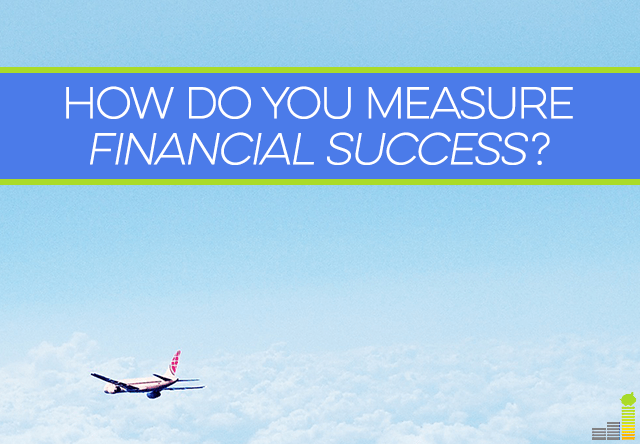 We all have different ideas of financial success. For some that might mean living in uber frugal fashion and investing like crazy so they can retire in their 30s. For others it might mean going the traditional route of working for most of their adult lives and retiring once they hit their mid 60s with a handsome 401(k) to rely on. There are countless variations of that of course, and really depends on your preference and situation.

Generally speaking, achieving financial success largely depends on the principals you espouse, how much you earn and a variety of other things.

However, I did read part of a study commissioned by Mr. Obama soon after he took office. The report identified six core beliefs or principals the middle class considers key to financial success. Yahoo Finance covered the report to a certain extent, but I’d like to give a more personal flavor to it.

Financial Success and the Middle Class

According to the report those that are likely to be considered ‘middle class’ earn between $50,800 and $122,800. The report was commissioned in 2010, so you’d want to account for inflation in and rise in wages but this would be fairly close. While it’s a pretty broad range, I can see how they’d argue that much of the middle class would fall within that range.

However, one quote stood out to me in the report – “Middle-class families are defined by their aspirations more than their income.” There is something behind that statement – I think part of it is that middle class families want something more. They want financial success, or at least their impression of it. What are those ideals or principals? They often include the following:

I look at that list and am not surprised much. Some of the things are on my and Mrs. Frugal Rules’ list for our family. But, there are also some things I wouldn’t include.

Take home ownership for example. We live in a society that has prized owning a home for years. Owning a home is a relatively good thing, but is it something we should all aspire to? I would argue in some cases it’s not and that’s okay. Going to college is also a relatively good thing, but is it something everyone must do? As a parent of three little ones I can only imagine what the cost of financing a college education on student loans will be in 10 or 15 years.

I don’t want to hone in on what a middle class family needs, or what they must make in order to have a good life as the Yahoo Finance piece covered that at length. However, when I compare where we want to go as a family I see some starkly different ways we measure financial success.

While I like the above list, on one level, one thing screams to me – cookie cutter. There’s nothing necessarily wrong with that, but we want something different. We want to be able to look back on decisions made and know we took control of things so we could enjoy the lives we wanted.

We don’t want to be all consuming and producing/growing little. We want the exact opposite in fact, which brings us to our list of things needed for financial success.

#1 – Regularly increasing our net worth. I know this isn’t too terribly quantifiable, but you get the point – everything is done to give higher trajectory to our net worth. This involves maxing out all of our available retirement accounts, putting money into non-retirement brokerage accounts, growing our business, etc. This is all done with a long-term view of investing and not allowing emotions to get in the way. I know that last part is tricky for many, but know this…giving into fear when it comes to investing only results in you being your own worst enemy.

#2 – Avoiding debt at all costs. I debated on sharing this one as we still have mortgage debt. Yes, it’s debt and a big part of that is the fact that we I gave into the myth that you HAVE to own a home to be an adult. Yes, home ownership can be a good thing, but it’s not in every case. Anyway, my point here is to avoid consumer debt at all costs. Consumer debt will only hold you back in the near term and long-term and we don’t want to be enslaved by having to pay off debt to others. It’s just a losing equation.

#3 – Preparing our kids for the future. Notice I said nothing about college there. Going to college is a good thing. I did it myself and collected several degrees I rarely use along with a pile of debt. I wrote a post several years ago on whether or not a college degree is worth it and got some flack over it. I get it, we’re in a society that prizes a college education but that doesn’t mean it’s for everyone. We want to help our children wade through that decision and help them decide if they’d rather take up a trade, go to technical school or whatever. The point is we want them to be happy in life and find a calling that fits with their skillset, college or not. On top of that, and more importantly, we are committed to teaching them about money so they can deal with their finances confidently as they grow up into adults and move into the world.

#4 – Be relatively healthy. This is likely the closest one to the other list for us. We want to live healthy lives, because it impacts us financially as well. That includes avoiding cheap food and eating things that are real and whole – and teaching the little Frugal Rules’ to enjoy it as well. Beyond that, it includes being active so we can mitigate any risk of future health problems.

#5 – Truly vacating. You’ve likely heard or read reports about how we don’t vacation much here in the States. Apparently we prize working ourselves into the ground, but that’s just not for us and much of the reason why I love working for myself. This might seem like an odd thing to have on a list for financial success. I believe it fits though. Mrs. Frugal Rules and I work hard so we like to play hard. More importantly, we highly prize time together as a family and want our kids to see different parts of the country/world. There is so much out there in this great big world to learn from and we want them to be able to have those experiences. Of course, it takes money to do this, which is why we make it a priority in our budget. We actively save for vacations and churn credit cards extensively to make these kind of things possible.

Going back to the aspirations quote, Yahoo Finance touched on how things are bleak for the middle class as many of the things on the identified list have not been up to snuff over the past few years. There is no denying that things have been tough financially for the better part of a decade.

This is why financial success must be personal. If you’re chasing down owning a house or pigeonholing a child into going to college you’re likely going to be as effective as a dog chasing its tail. That’s not the life I want for my family and I and spent years coming to the realization that it has to be made personal. While that won’t guarantee reaching financial success, there will be much more fight in you to reach a goal you’ve set for yourself as opposed to one that you believe is expected of you. Point being…live the life you want, not a cookie cutter version of it.