Posted on April 3, 2014 by Laurie in Financial Literacy 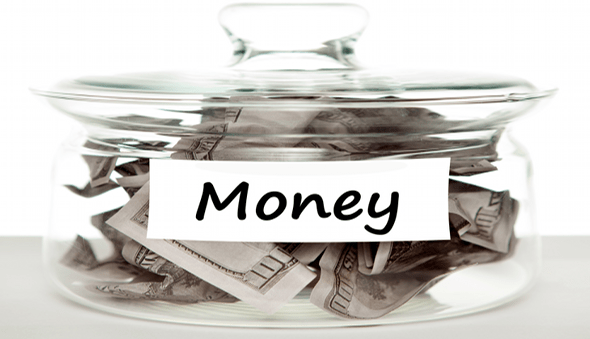 I grew up in a time in life when the concept of “Teach Your Child About Money” was pretty much non-existent.  My parents never talked about money with us, nor did their parents talk with money about them. Luckily, things are changing on this front as parents are told that its okay to teach your children about money.  It’s amazing what can change in just one generation. 🙂

I still think we’ve got a long way to go, but a growing number of parents seem to be more intent these days in talking with their children regarding money lessons they’ve learned, and that’s a good thing. However, there is still a segment of the population that seems hesitant to share money tips and information with their kids, so I wanted to give people an idea of some of the behaviors and thought patterns that can result when you don’t teach your child about money.

To Fight Fear, Teach Your Child About Money

I know a guy who grew up in a household where there was always an underlying fear about not having enough money.  Now, from a strictly monetary standpoint, this guy’s family was doing fine.

They had a decent income and very little debt.  However, for some reason his parents had given into the fear of not having enough money, and so he took this fear on, even though finances were never officially talked about in his home.

The result? The guy hoarded money like a squirrel saving for a perpetual winter, fearful of even buying basic things like socks and underwear. His parents’ subliminal messages in their passing comments to each other had given him the illusion that money accumulation and management was out of one’s control.

It’s important when you teach your child about money that they understand the fact that earning and spending money is largely within their control. This concept will help kids relieve some fears they may have about not having enough money.

Fear of Not Having Enough Stuff

On the other end of the spectrum is my story. Money was always tight in our family, and although I never knew just how tight, or why money was tight, I did know one thing: providing even the most basic of needs was often a struggle for our family.

However, instead of growing up to hoard money, like the guy I mentioned above, I grew up needing to make sure I could always buy the stuff I needed – or even wanted – even if that meant using credit cards to do so.

Not Understanding the Importance of Good Money Management

It’s vitally important when you teach your child about money that you teach him or her why it’s important to manage their money well. Share scenarios about what can happen when they: want to make an expensive purchase, want to make a job change, want to make a move to another house, city or state, or when they might need to cover expenses for an unexpected emergency or repair.

To teach your child about money involves helping them see that while money is your friend, poor money management can make money your enemy real quick. Teaching kids even the basics of balancing and tracking income and expenses can give them a concrete understanding that you only spend what’s in your account and that you never live beyond your means.

There are, of course, many more things that you can teach your children about money, many of which will be highlighted in my newly released e-book entitled How and When to Teach Your Kids About Money. However, if you start with teaching your kids the three basic steps listed above, you’ll give them a head start in the area of healthy money management.

What concepts about money did your parents teach you that you are grateful for?  What do you think is an important concept to teach kids about money?

Laurie is a wife, mother to 4, and homesteader who blogs about personal finance, self-sufficiency and life in general over at The Frugal Farmer. Part witty, part introspective and part silly, her goal in blogging is to help others find their way to financial freedom, and to a simpler, more peaceful life.

Latest posts by Laurie (see all)