Why I Don’t Believe in New Year’s Resolutions

It's popular to set New Year's Resolutions at the beginning of each year. Goals are great to have, but they need to be specific in order to be effective. 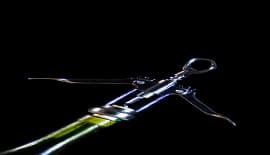 Almost anyone who’s reached the stage of adulthood has set some variation of New Year’s Resolutions at one time or another.

It’s kitschy, in a way; we turn the page to start the New Year on the calendar and we feel like there’s many possibilities to be had. You look back at what you accomplished the previous year and see things you might want to change or experiences you wanted to have but for one reason or another did not partake in.

I look back at 2012 and it was a year of major change in the Frugal Rules home. Most importantly, we welcomed another child into our family. We also decided to take the plunge and started a new business. Hearing this you might think that I am like anyone else and religiously set New Year’s Resolutions, however this couldn’t be farther from the truth. Before you write me off, hear me out as I explain my reasoning and how I enjoy setting goals.

What Are Popular New Year’s Resolutions?

One only has to do a quick Google search to find some of the more popular New Year’s Resolutions. The most common ones I found were the following:

There’s nothing at all wrong with any of these resolutions; God knows I need to do a few of them myself. The problem with all of them though is that they’re too nebulous, there’s not an ounce of specificity to them. Being a personal finance blogger I, of course, espouse getting out of debt.

But, how are you going to do that without a recognizable plan to actually succeed with the resolution?

I know that the findings might not be the most scientific, but the fact remains that more often than not New Year’s Resolutions fail. I think that most of us start with good or even honorable intentions, but the reason why so many of our resolutions don’t pan out is that we don’t set quantifiable goals.

Now, for some, that might be ok but I know that personally if I am going to be effective at reaching my goals then I have to have a specific number to shoot for.

How Can I Be Effective With Setting Goals

Before you label me Debbie Downer, please know that I am all for setting goals. Without setting goals you can easily fall into aimlessness. The method that I prefer to use in my goal setting is the SMART goal system.

For those of you who haven’t heard of the SMART goal system, here it goes:

Take getting out of debt as an example. Just having that as a resolution is going to be difficult to reach without something guiding it. Let’s put this desire through the SMART goal method. We’ll use the example of having $3,000 in credit card debt and you have the desire to pay it off in under a year.

Say you look at your budget and see that you’re able to easily throw $500 per month at the debt. So, we can make a SMART goal of throwing $500 per month at your debt for six months. It’s really as simple as that. Think of it as using SMART goals to put meat to the bones of your New Year’s Resolutions.

Ultimately, whether or not you do this as a resolution at the beginning of the year, or as a part of an ongoing process like myself is of no relevance. The point is that when you are setting goals make them quantifiable and make them something you can reach without breaking your back.