Posted on May 9, 2014 by John Schmoll in Credit Cards, Financial Literacy 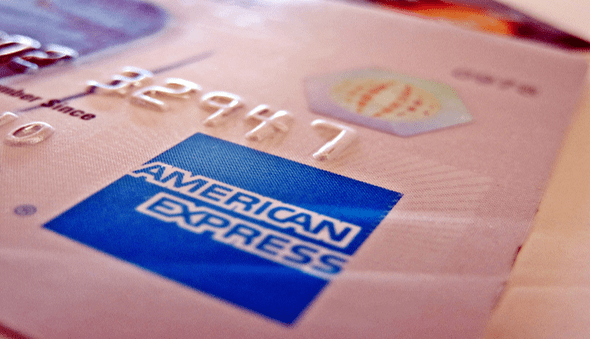 Talking about credit cards is always popular. Heck, my good friend Grayson wrote last week about Why Credit Cards Are Not Evil over at our sister site, Sprout Wealth. There have been other good articles on that topic recently, such as at Journey to Saving,  over at Fox Business and another over at Debt Roundup. I love to talk about credit cards as well. The problem that comes about during these discussions, in my opinion, is a very unhealthy outlook on credit cards and finances as a whole; an outlook which is usually revealed in the comments on posts about using credit cards.

That outlook is unhealthy because it believes that it’s unrealistic to blame ourselves for credit card debt and that all the blame lies with the banks issuing credit cards. That, my friends, is nothing but good ol’ fashioned blame shifting…plain and simple.  As one who has been in credit card debt myself, and has spoken about it extensively here, I get that desire to point the finger at someone else…I really do, but that does you no good as you move on with your life.

Can We Let Credit Card Companies Off the Hook?

Anyone who knows anything about credit cards knows they have all sorts of fees, such as:

My head is swimming at thinking of all the fees they charge. Add that to some of the questionable marketing tactics they have and I can understand why people loathe them. Heck, they were on my campus when I registered for classes and that’s what helped start my plunge into credit card debt as my eyes opened to the world of spending whenever I wanted to.

If the fees aren’t bad enough, they’re making money hand over fist (think Scrooge McDuck, because they’re absolutely rolling in it). I couldn’t find a specific number as to how much credit card companies make each year off of fees, but I was able to find that purchase volume in 2012 between the four major credit card issuers (American Express, Discover, Mastercard, and Visa) was $2.045 Trillion! That number is simply staggering.

Suffice it to say, I think it’s a fair guess that credit card issuers are likely making hundreds of millions, if not billions each year off of us using our credit cards. Now you understand why their best client is someone who carries a monthly balance and takes years to pay if off…because it makes them money and LOTS of it.

So, the banks that issue credit cards are not without culpability, they very much play a role, but we do as well.

We Need to Take Responsibility

As I have mentioned many times before, I was spending money like the sky was falling and I had to buy as much as I could. Sadly, save for a vacation or two, all of it was on one thing…CRAP! I have basically nothing to show for it and even if I did that’s not the point. I wasn’t content with my life, so I found contentment in my little plastic god.

You see, that’s where the funny thing lies. The credit cards I was using didn’t all of a sudden sprout legs and forcibly remove themselves from my wallet and swipe at the cash register. I, of my own free will, pulled the card out each and every time and spent the money. No one had a gun to my head, no one told me I had to buy the crap, I was the one who did the spending. Yes, the credit card issuers gave a college student access to $20,000 for some unknown reason, but I’m the one who did the spending. Me and nobody else.

While it might feel good to shift blame and say that I share no part of the responsibility, I would simply be fooling myself. I believe that this blame shifting creates a dangerous precedent as it then becomes easier for us to not accept responsibility in other areas of our financial lives, from making sure we’re getting the best rate on our mortgages, to saving for retirement, to spending less than we’re making, and so much more.

As I’ve gotten…cough cough…older I’ve learned just how much money is a tool that must be managed appropriately. Money can do great things for you, and it can also do bad things. The key is that we need to take responsibility for our money and take ownership of our decision making.

When we take ownership and make our money and all things related to it work for us, as opposed to the other way around, I have found that it’s much more freeing. Yes, you will still make mistakes but those are mistakes we can learn from and apply in close to real-time instead of ones that end up impacting us for years.

So, even though credit card issuers are not free from responsibility in this area, I believe that the onus of the problem, whether we like it or not, lies squarely on us. It’s my belief that once we begin to understand that and own it, we can move on as a society making more informed decisions that will be better for us as individuals as well as a country as a whole.

Ok, on to you…how much “blame” do you believe we as consumers have in regards to credit cards? Do you blame credit cards if you’ve ever been in debt? Are you doing anything fun this weekend?