Disney World – Is it Worth the Cost?

Disney World is a lot of fun, but it also costs a lot of money. I share how we saved money at Disney in one sense, but grossly overpaid in another sense. 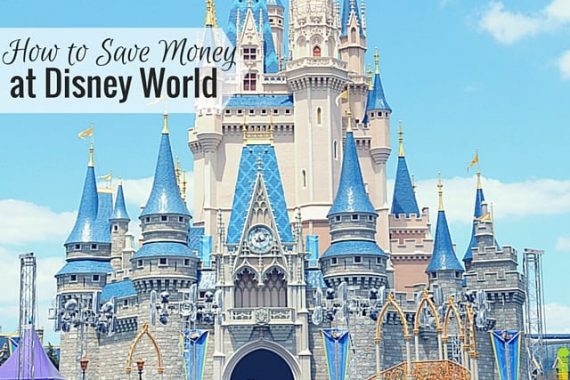 Home » Save Money » Disney World – Is it Worth the Cost?

Believe it or not, Disney World does not scream frugal – shocker, I know. Heck, going to Disney presents ample opportunity to spend a minor fortune. I took the oldest little Frugal Rule to Disney World last month as a surprise for her 8th birthday.

I used rewards points to fund most of the trip. Truth be told, we would not have made the trek to see the Mouse if it weren’t for those points. If you’d like to follow a similar strategy, here are some of the best rewards cards to do just that.

How Much Did it Cost for Us to Go to Disney World?

Airfare and lodging was the easy part for our trip to Disney. Having the Southwest companion pass, we were able to get to Orlando for 18,000 points – she traveled with me as my companion and $22.40.

We stayed at the Sheraton Lake Buena Vista Resort, which was about five miles from the park, for 8,000 SPG points total for two evenings. We really enjoyed the hotel, they offered free transportation to the park and had two awesome pools that our daughter enjoyed nearly as much as the park.

It’s important to remember this hotel was not on Disney property. That helped us save money. You can save even more by searching for cheap hotel rooms in the area, but will take you further away from the park.

If you don’t mind a longer distance from the park, this is a suitable way to save money.

We stayed at my Mom’s house the remaining two evenings so that was no cost.

Then there were the tickets for the park. After doing some quick research, I realized there was no real way to save money on Disney tickets. That’s part of what bothers me about the Disney experience. If you want to get discounted tickets, the minimum ticket purchase (so far as I could tell) was three days.

That was something I was not willing to do, so I was left buying the tickets at full price – $105 for myself and $99 for my daughter for a total of $217.27 including the tax. I used a $250 statement credit to purchase said tickets.

***If you’re interested in travel hacking like this, check out some of the best credit cards to do that here!***

So far, the cost wasn’t too bad. I wasn’t a fan of the admission prices, but at least it was no money out of pocket. That ended quickly…

Watch Out for the Extras

There are ways to save money at Disney. For example, we took in our own lunch and brought in a water bottle to refill. That allowed us to only need to buy one meal. We spent about $30 on dinner. While pricier than I would like, it was relatively cheaper than many other options. The savings pretty much ended there.

The extras were what added to the cost. My Mom was insistent we go to the 1900 Park Fare restaurant for their Cinderella dinner the evening before our day at the park. It was a character dinner that simply wasn’t worth the cost.

A few characters came around to take pictures, but the $102 final bill for my daughter and I was a bit tough to swallow considering the quality of the food and the overall experience.

If that bill wasn’t enough, my Mom also wanted to get my daughter done up as a princess. Because what little girl doesn’t want to be done up in 100 degree weather?

Thankfully, grandma footed the $150 bill, but it was a horrible waste of money considering that she asked to change back in to her normal outfit within an hour in the park.

Is Disney Worth it?

Ultimately, I don’t believe the costs to go to Disney are worth it. If you take out the rewards I used to make this trip possible, it would’ve cost us easily over $1,000 for a one-day event! I know, it makes me sound cold and uncaring. Don’t get me wrong, my daughter and I created memories that will last a lifetime. I’ll always cherish those memories.

You know what though? She enjoyed the hotel pool nearly as much as the park. Yes, of course, she loved the park as she could overdose on all things Frozen but it showed me once again that it’s often the simple things kids enjoy.

She enjoyed getting one-on-one time with me and spending time in the pool. That can be done anywhere without dropping a small fortune or fighting crowds.

What are your thoughts on Disney? Why do you think we often believe spending all sorts of money equates to a more “fun” experience? What upcoming travel plans do you have?