How I Delayed My Earning and Saving Ability

Posted on February 28, 2014 by John Schmoll in Money Management 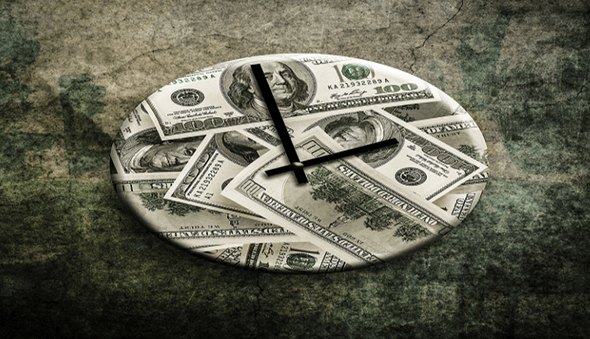 The following is a contribution from Karen, from Makin’ the Bacon. If you’re interested in contributing to Frugal Rules please see our guidelines and contact us.

For as long I can remember, I have never been a positive person. When someone talks about the power of positive thinking, I usually just roll my eyes. Where people would view me as a pessimist or even somewhat cynical, I consider myself more of a realist. The reality is that no matter how much I push forward and plan for the future, I can’t help but think back to the past and dwell on it from time to time.

Looking Back to Move Forward

I dwell on the money mistakes I have made. I ruminate over how I should have started saving aggressively and investing in my early 20s, rather than in my mid/late 20s.

However, what I dwell on the most is how I delayed my earning and saving ability. It had nothing to do with student loans or consumer debt, but rather on a variety of things.

I blame this delay on several factors: spending five years in high school versus four, not really knowing what to study in school, switching programs in school, not landing a job right away upon graduating, not bothering to take any job while I searched for one to jump start my career and jumping from job to job without having another job lined up right away.

My College Degree Didn’t Increase My Earning and Saving Ability

I ended up not liking engineering and switched into the sciences instead. Having been afraid of delaying my graduation even more, I automatically chose the sciences.  The more sensible thing would have been to take some time off and really think about my career options.

Looking back at it, I’m not even sure why I chose the field of science anymore. I actually don’t like working in a lab or doing research. Perhaps I chose it because it sounded impressive on a diploma and on a resume.

Rather than feverishly applying for jobs during my last year of university, I was feverishly planning my backpacking trip around Western Europe.  It was a trip that was amazing, something that everyone should do once in their life if they can. I had absolutely no regrets about it.

What I do regret is that I had no plan to land a job or even get an interview lined up when I got back. It was a good six months before I landed a professional job. Those were six months I could have easily spent working a retail job or as a barista to have some sort of cash flow.

Alas, I had too much pride and thought I was too good with an Honors Science Degree from a prestigious university to be working a job that paid by the hour.

After that job, came some sporadic job hopping with nothing lined up right after. I had spent a lot of unemployed time looking for jobs that I wasn’t even sure if I wanted, but was desperate for anything that could resemble somewhat of a career. During the recession, I swallowed my pride and worked a year in retail.

The job didn’t even come close to giving me full-time hours. However, it was somewhat of a steady paycheck. I then tried my hand at personal training only to get frustrated after eight months of doing most of the work for free. I was working more hours than I was at my retail job, but earning a lot less.

What I’d Do Differently Today

Looking back at it now, I had a lot of unemployment gaps in between jobs, thus having a lot of gaps in my earning and saving ability. I feel that all the time I had spent not working or job hopping had cost me a lot of time. Time in my 20s that I should have spent working and carving out my career path.

I’m now in my early 30s and feel as if I’m still at the start of my career. I can’t help but be jealous of my peers’ earning and saving ability as they are now more established in their 30s, because they worked to that level starting in their 20s. I get frustrated from time to time after reading articles that specify how much you should have saved by the time you are 30 or how much you should be earning by the time you are 30. It frustrates me because my savings and my current salary don’t match those numbers.

I know I’m still relatively young and have quite some time ahead of me.  I also know that I shouldn’t compare myself to others because everyone’s situation is different. But I can’t help it. It’s just in my nature to compare. It can be a good thing, because it makes me want to push harder.

Do you feel as if you are trying to make up for lost time in terms of earning/saving ability? Why or why not?

By day, Karen works for the federal government and by night, she is motivating people in group exercise classes. She blogs about personal finance, travel, life and everything in between at MakintheBacon. You can follow her on Twitter @MakintheBacon1. When she’s not blogging, she can be found baking, biking, reading, or obsessing over her finances.