How to Stay Motivated When Using The Debt Avalanche

The debt avalanche is an overlooked method to paying off debt. You save money using it but it's hard to stay motivated. I share how to use it to kill debt. 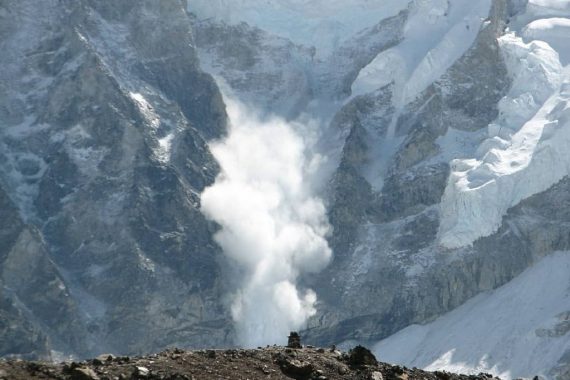 Just yesterday, Cat asked a question to see if paying down your smallest debt first might be ridiculous. Now, she isn’t really calling it this, but it was a provocative question. The reason being, is this method is touted by Dave Ramsey. It’s called the debt snowball.

I’m very familiar with this method and its process is all over the internet. You can find information on the debt snowball with one simple Google search. Now, I don’t think any debt repayment method is ridiculous. Any way someone wants to pay down debt is fine with me.

Many people succeed with the debt snowball method. I think this is why it’s popular. You see so many people using it and getting out of debt. That’s a good feeling for sure.

When I was in over $50,000 of debt, I looked at many different ways to pay down my debt. I looked at both the debt snowball and debt avalanche as the best ways to rid myself of debt. The ultimate decision for me was the ability to save thousands in interest over the course of my repayment. This is why I chose the debt avalanche.

What is the Debt Avalanche Approach?

For those who aren’t aware, the debt avalanche approach to paying off debt is where you list your debts from highest interest rate to the lowest. When you start paying down your debt, you focus on the highest interest rate. You pay the minimum payment toward all your debts, but put any extra money on the highest rate debt. Once you pay off the first debt, you go to the next highest rate and use what you paid toward the first debt and add it to the minimum payment of the second. This process continues until your debt is paid off.

This method is touted as a way to pay the least amount of interest. This is really the case when you have debt with a wide degree of interest rates. For example, my debt ranged from 0% to 19.99% APR. That’s a huge difference. Though the 0% debt was the smallest balance, I saved more money tackling the 19.99% rate first.

The number one reason people fail using this method is due to the lack of motivation. Motivation is a huge factor in attacking debt. Staying motivated is really the only way you can succeed. This is where the snowball method is successful.

When someone pays off a small balance, they feel motivated to keep going. When you are paying off large amounts of debt, it takes some time. As Cat noted, you can get some debt fatigue. You get tired of making payments without seeing much progress toward the goal. I get it, trust me! It took me four years to pay down my debt.

Make Milestones to Stay Motivated With the Avalanche Method

To stay motivated, you need to create milestones for your repayment process. With the snowball method, your milestones are when a debt is paid off. That’s an incredibly motivating factor. With the avalanche, you might not get that same motivation.

When I was in the process, I created achievable milestones for each of my debts. For example, my first card had nearly $10,000 on it. It was going to take me some time to pay it off. It actually took me a year to pay off that first card. Especially when you have larger amounts of debt to pay down, keeping track of your finances including spending and debt repayment efforts can be cumbersome; don’t forget to take advantage of tools available like Personal Capital, to make it a little easier.

In order to stay on the ball, I created simple and to the point balance milestones. Every time I paid off $2,000, I would celebrate in some way. Now, I wouldn’t take a trip, but I would do something for myself.

To mark one milestone, I went out to dinner with my wife. We didn’t get to do these little things when in debt, so this was a nice treat. This little milestone was incredibly motivating. In another instance, we would take a weekend and go camping in the mountains. Since I love camping, I would look forward to this and it would keep me going.

Obviously, your milestones will be different from mine. You need to do things important to you, but ones that won’t put you back in debt. I never used my credit card to fund these little trips. Since I was paying off debt and saving at the same time, I would use my savings. It’s the big reason why I enjoyed my debt/saving allocation method so much. It worked and it changed my philosophy on money.

The only way the avalanche method works is if you can create actionable milestones that keep you motivated. Paying off debt is not only about numbers, it’s about mindset and emotion. You have to attack debt on all of these fronts. You can have your cake and eat it too when you use the avalanche method and incorporate achievable milestones throughout. Trust me, why not try to save interest and get your debt paid off?

What do you think about incorporating milestones into the debt avalanche method? How are you paying off debt? Which approach works best for you? How do you stay motivated within your approach to keep paying down your debt?