Why I’m Not Hating on Dave Ramsey 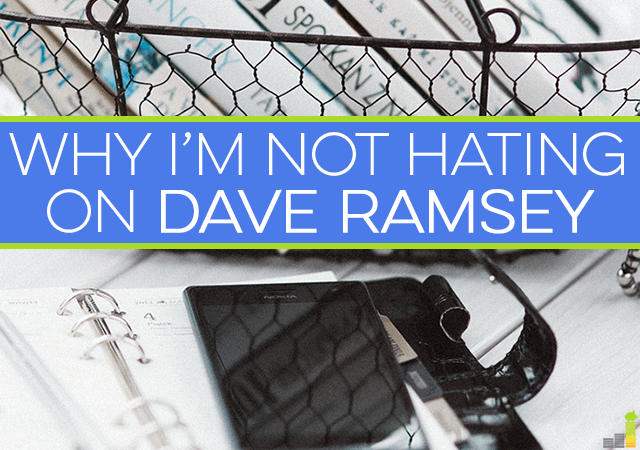 Please join me in welcoming Robin, from The Thrifty Peach to the Frugal Rules team!

The name Dave Ramsey means a lot of different things to people, but I’ve noticed a trend lately. The man doesn’t seem to get any love or respect in the personal finance blogosphere. For whatever reason, people love to hate him. But me? I’ve got nothing but respect for the guy.

Whether you want to admit it or not, he has done something very right, and that’s probably part of the reason that he gets so much hate. Clearly he’s good at what he does or he wouldn’t be so successful with his financial classes, radio show, and book deals.

Here’s why I think he’s so misunderstood.

If you ever read any of his books, you will find that he is very simple. He writes simply, and his books are easily digestible and quick to read. When he speaks on his radio show, he is very much the same way, and that’s because he needs to be simple.

His method is for people who are just starting to learn how to budget and invest, and there’s nothing wrong with that because everyone has to start somewhere. There are very few people in this world who are born knowing how to handle their money well, and his method is a great place to start that journey of becoming financially literate. I would commend anyone who is trying to better their financial situation, and I’d point them in his direction in a heartbeat.

His Debt Snowball Method Doesn’t Work for Everyone

If you haven’t heard of it by now, Dave Ramsey’s snowball method is to start paying off your debts with the smallest balance first, so that once it is paid off quickly, you can apply that payment to the next debt and so on to create a fast snowball of debt payoff. Some people don’t like it because it doesn’t factor in the interest rate of the debts, just the balances, meaning you may pay more in interest over the long run.

So no, the debt snowball doesn’t work for everyone, but it’s not supposed to. Everyone has a different financial situation, and that’s why it’s not going to work for everyone. However, it clearly does work for a lot of people or he wouldn’t be so successful.

The snowball method is simply Dave’s way of creating motivation in his followers to get them excited about attacking debt. If that’s what it takes to get someone out of their debt, then I say go for it!

In his books, he often quotes an average investment return of 12 percentage. An average. Yes, that is a pretty high number, but it’s not really the point.

The examples he uses are just that– examples. He typically uses 12 percent to show the beauty of compounding interest and what it can do for your finances. They don’t call it a magical unicorn for nothing.

If you really hate the 12 percent number that he’s chosen, plug in your own number and do the math on your own. He’s simply trying to show you how you can grow your wealth with compound interest and wise investments. (Editor’s note – I completely agree with Robin here, though really do wish he’d use a different average number. 😉 )

Why I’m Not Hating on Dave Ramsey

He Tells People How It Is

If you ever catch his radio show, listen for just five minutes and he’ll probably have you laughing. He speaks like Dr. Phil– loud, southern, and very bossy-– and when people call into his show to talk about their money problems, he doesn’t coddle anyone, he just tells it like it is. Normally it’s something along the lines of, “You’re spending all of your money on a car payment! SELL THE CAR, MAN!” He does talk to some people like they are idiots (and that’s because some of them are), and it’s highly entertaining.

His frankness also forces us to take a cold hard look at our own financial lives so that we can’t shy away from our real money problems (such as the high interest car payment, the shunning of our retirement accounts to buy more shoes, or the charging up of credit cards to eat out all the time.)

As a listener, it’s easy to judge the callers until we consider our own financial mistakes. (I’d be too chicken to call in myself!) Dave is right about a lot of things, and he doesn’t try to hide it. 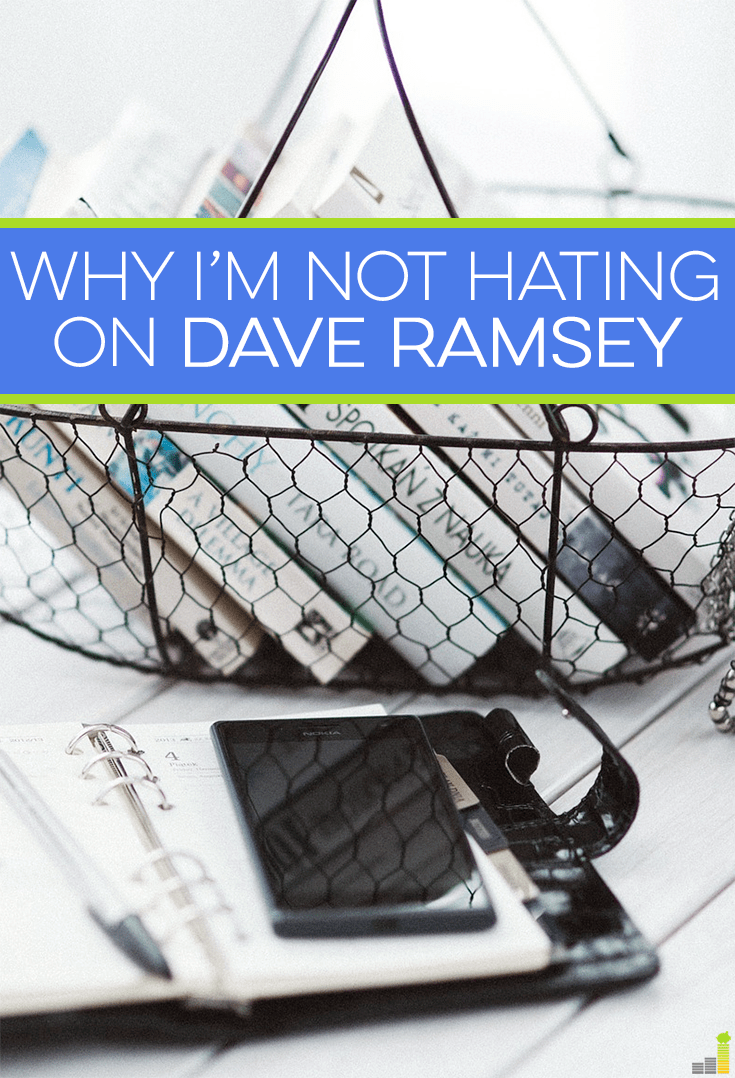 He Has No Shame Because He Has Been There, Too

One of my favorite things about Dave Ramsey is that he has never tried to hide the fact that he filed two bankruptcies in his life. He has been in deep, soul crushing debt. He has faced foreclosure. He has charged up his credit cards before. He has been there.

Think about this– would you really want to take financial advice from someone who hasn’t been there to know what it feels like? He’s trying to show people that you can rise above debt and get ahead in your life no matter how far behind you think you are. It’s never too late to make financial changes.

So let’s ease up on all the Dave hate, my friends. Let’s celebrate anyone who works to get their finances under control, even if they have to get embarrassed on a radio show to get started. And if nothing else, just try to appreciate it as really good entertainment.

Do you hate Dave Ramsey or appreciate him for what he is? What are your thoughts on the ‘Debt Snowball’ method? Have you tried it, or what do you think is the best way to pay off debt?