Common Money Mistakes We’ve All Made

Money mistakes are something I've become completely comfortable with admitting. After all, making mistakes is a great way to learn in any life situation. 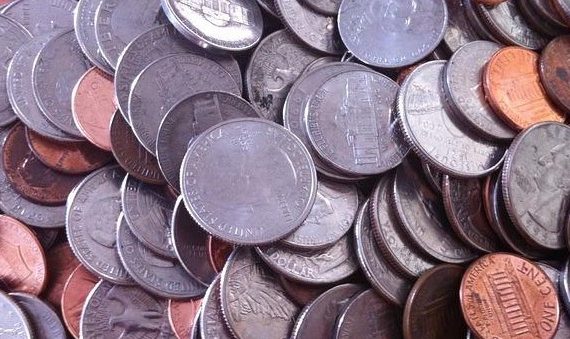 Home » Save Money » Common Money Mistakes We’ve All Made

I’m completely comfortable with admitting my money mistakes. After all, making mistakes is a great way to learn in any life situation. Sure it would be nice if we could avoid them altogether, but chances are, you’re not perfect when it comes to finances. Don’t worry; I’m not perfect either. (Shocking, I know – and just when I had you fooled!) 😉

Below are a few examples of money mistakes we’ve all likely made at some point or another. Hopefully you can learn from them just as I have.

I’m not sure if this is a mistake or just a matter of preference. However, I hardly ever keep receipts. I know that I should be checking them against my credit card statement, but somehow I was never able to develop that habit. My father-in-law on the other hand saves every single receipt, records his gas mileage and payments, and keeps impeccable records. He’s pretty much the nicest guy ever.

For example, one time he noticed that a waiter doubled his tip, but he said he was probably having a hard time and didn’t report him. I would have been on the phone with the restaurant in about two seconds flat. So, maybe I should be keeping and checking my receipts!

2. Loaning Money to a Friend

I don’t advocate loaning money to friends, mostly because I don’t feel like doing business with friends is wise. There are certainly exceptions to this rule, but any time I have ever loaned money to someone, I did so without the expectation of getting it back. I feel like if you truly need to help a friend, it should be a gift. Waiting for someone to pay you back and having that awkward silence whenever you see them is never worth ruining a friendship.

I know there are some of you out there who have never missed a payment ever, and for that, you get three gold stars. However, most people have let something slip through the cracks whether it was renewing your P.O.Box or paying a credit card bill. I did it by accident a few months after paying off my credit card debt. I was so mad at myself. I used my credit card when I left my debit card at home and was so out of the habit of paying my bill that I totally forgot. Three months later it popped into my head, and well, there you go.

All of the examples above are really quite minor if you think about it. They are not nearly as dangerous as having an entire business fail due to faulty accounting or losing millions in the stock market due to a bad investment choice. Chances are, even if you’ve made one of the money mistakes above, you can definitely bounce back pretty easily and rest a little easier knowing that even though you made a mistake, you’ve definitely learned from it!

What are some other examples of common money mistakes you or someone you know has made? Do you see not keeping receipts as a mistake or a personal preference? Did not keeping a receipt ever come back to bite you in the behind?