Are You in Charge of Your Financial Future? 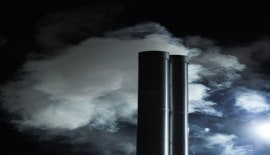 There has been much discussion in the media lately about our financial livelihoods and what they might look like now in light of the result of the Fiscal Cliff. For months running up to the end of 2012 the media was throwing around their self-proclaimed “Fiscal Cliff” and doing their best to make everyone feel like the sky was going to fall come January 1st. The blogosphere was full of our thoughts on it; heck, I even wrote a post or two on the subject. Whether or not there would’ve been a full scale meltdown is open to debate and is not the purpose of this post. The issue is that our do-nothing Congress created this problem several years ago and played a ridiculous game of chicken in the media only to throw a Dora band-aid (you can tell I am a parent of little ones) on the gaping wound that is our national debt crisis. Our elected officials kicked the can down the road on the more serious topics. This brought me to a question that has been on my mind the past few weeks…Can we really be expected to lead lives of financial prudence when our leaders do such a pathetic job of it themselves? I am here to say a resounding YES we are to lead lives of financial discipline.

One of the most foundational issues I see with the entire situation is the aversion to budgeting. I know that I am in the small minority of people who love to budget. Call me a nerd, I don’t care. I’ll gladly wear that badge and I’ll wear it with pride. Many years ago I had no clue what a budget was and would’ve told whoever suggested one to butt out of my life as I was perfectly happy with my undisciplined spending habits. Looking back though, I was never as happy as I am now. Regardless of whatever I put on the credit card the luster always wore off. That left with me with $20,000 in credit card debt, and it sucked working to get out of it. But, you know what, I am immensely thankful for the lesson I learned in the process. It taught me that avoiding that impulse and actually delaying gratification made me happier in the long run because it meant I had skin in the game. I learned that I had to work for something to get what I wanted. Ultimately it was a lesson of contentment and being happy with what I had and not looking for my happiness in things. That came as a direct result, in large part, to having a budget. If you don’t have one now, give it a try and see what you think. I don’t care how you do it. If it’s simple, then great, don’t allow anyone to hold that against you. The point is to start now.

Do I Really Need to Pay More in Taxes?

Another thing that has been all over the place is how we “lost” the 2% payroll tax due to social security. The fact is that we did not lose it; it simply expired. When it was “given” to us it was told to us as being temporary. Sure, it means $70-$80 being lost from monthly incomes for many middle class families. Being a middle class family ourselves, I know that it’ll be felt by many. It may not seem like much, but many will use that for a summer vacation or to be able to get more than the basics while grocery shopping. That’s not the point though; the point is that it should’ve never been counted on as it was TEMPORARY. I hate paying taxes as much as the next person, especially to a government that is rife with overspending and viewing a budget as nonsense. However, taxes are a necessary evil. Do you like to have roads to drive on? I know that I do. Do you like having cops keeping you safe? I know that I do. There are MANY other things I could list, but the point remains that there is no real legal way around paying taxes and we’re responsible to pay them.

The Time is Now

Do not use our government as a guide. While they posture and smile for the cameras they continue to push finances and prudence to the side. The result is continuing and growing debt with no commitment by either party to take the bull by the horns and deal with the real issues. PLEASE do not follow their example. If you want to get ahead financially and have good long-term prospects, make the hard choices now. Do not wait. Sure, you can save some money by cutting corners here and there. That’s great; however it will only take you so far. Look for ways to increase your income and couple that with being frugal. The combination of the two can be a powerful combination and can help improve your future prospects. Ultimately, it’s time to put the big boy pants on and make the hard choices. Living a disciplined financial life does not happen overnight and it does not happen on its own. If you find yourself in massive credit card debt or lack of direction financially, sit down and make a plan for where you want to be three months from now, a year from now and so forth. Don’t feel like you need a ten page plan in order to start or some glorious vision statement. Just start. Start now.