Do We Care About Our Employers Anymore?

Do you as an employee care about the company you work at? If we do not care about our employers anymore, then what does that mean for your job picture? 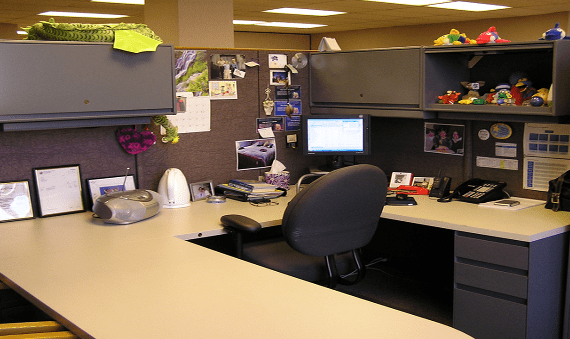 Home » Uncategorized » Do We Care About Our Employers Anymore?

Several months back I wrote a post about whether or not Employers Care About Their Employees Anymore and it created a nice little discussion about the state of the working place and what that might mean for us as individuals.

As an aside, as I was researching this post, when I did some Google searching for today’s topic nearly all the articles I saw were related to Obamacare and what businesses may do in the upcoming months. While it’s not the point of this post, that was interesting to see.

It seemed as if the general consensus of the responders to my previous post was that large businesses, in general, do not really care much about many of their employees and that by far, smaller businesses are the ones that do care about their employees.

That said, I thought it would be interesting to look at it from the other vantage point and discuss whether or not we as employees care about our employers anymore.

The Economic Downsizing Has Done a Funny Thing

In my previous post I discussed the conversation my family had over Christmas break in which my Dad said that companies do not care about their employers anymore and my younger brothers argued that they never really did. The picture my Dad painted was one of the “good ole’ times” where you put in your 30 or 40 years with one company and you would retire with a nice pension, social security you could count on and a gold watch.

I am not an economist but I do know that we have had numerous recessions since my Dad’s generation joined the workforce, but how many of them were as bad as The Great Recession? The Great Recession caused, on some level, businesses to cut back and the area that many chose to cut back on was on the number of employees they carried.

It seemed as if every day there were more companies announcing layoffs and cutbacks and you were almost guaranteed to know someone who had lost their job. I was able to come through relatively unscathed with only a 3% pay cut but still had my job.

As we look back we can see the impact of these decisions on the unemployment rate and ability for many people to retain decent jobs. We personally know others who’ve had to resort to things like taking on multiple jobs to make ends meet.

The other big thing that I believe we have seen arise out of this is a desire from people to exert greater control over their livelihood and do things like start their own businesses. I believe this is a stark difference in what my father’s generation saw and has created, to a certain extent, a climate where we are acting in light of the changing corporate culture.

The question that rolls around in my mind now is what impact this shifting sand will have.

Is this a Generational Issue?

The argument my father made in regards to my brothers’ beliefs is that they come from Gen Y and thus are generally out for themselves. While his statement was just a bit of an overgeneralization I do believe that he struck a chord that we hear ringing in the marketplace today.

In prior generations individuals (in general) were more comfortable staying with their employer for years and it was frowned upon if you were job hopping. Bring this forward to Gen Y and job hopping is almost expected.

According to this Forbes article 91 percent of Gen Y’ers polled expected to be in their jobs less than three years and expect to have 15 to 20 jobs over their lifetimes. Is this necessarily a bad thing? I think not.

I think it points to what the article states as Gen Y’ers generally want to work for companies that share their values and I think that’s great and is part of the reason why I left my last job as a stockbroker. Beyond that, more individuals are moving to a freelancing or entrepreneurial mindset as recent studies have shown that 1 in 3 workers find themselves in this type of situation.

With that in mind, I think to put it all as a generational issue is a generalization and is only part of the change I believe we’re seeing. I think it’s a shift of people wanting to not be tied to a corporation and being more comfortable with the idea of starting something on their own and have it be something fulfilling as opposed to merely a generational issue.

Regardless if You do or Don’t, What does that Mean for you?

Going back to the purpose of this post, I think there is a growing number of individuals that do not care about their employers to a certain extent and I believe that it requires introspection to see if that is you.

I think it’s beyond not being happy in your job, but being truly fulfilled and caring, or lack of caring, about your employer. In a certain sense, it is a natural reaction to the changing corporate culture we have been seeing over the last number of years.

If you find yourself in this situation, or even if you don’t, it requires looking inward to determine what this means for you. This culture we see ourselves in is one that requires us to be adaptable and open to change. We have seen this in the corporate landscape and if a large firm can change then so can you. It may not be as easy, but it can be done.

As much as I dislike the term on some levels, it requires you to be mindful of your ‘personal brand’ and what you want it to communicate. Speaking personally, I found that my brand did not mesh with my last job, so much so in fact that it was the final kick in the pants I needed to take the plunge.

It also requires you to view your career as your business, regardless if you run your own business or not. It means that you need to be mindful of what’s going to put you in the best position to further yourself and benefit your long term potential.

It means simply that whether or not you do care about your employer, you grow yourself so that you can be able to make the changes necessary over the span of your career to put you in the position you want.

What are your thoughts? Do you see a growing lack of care towards employers and if so how do you think that will continue to play out?