Do Businesses Care About Their Employees Anymore?

Do you think businesses care about their employees anymore? This is a question that has been on my mind for years as we see a shifting corporate culture. 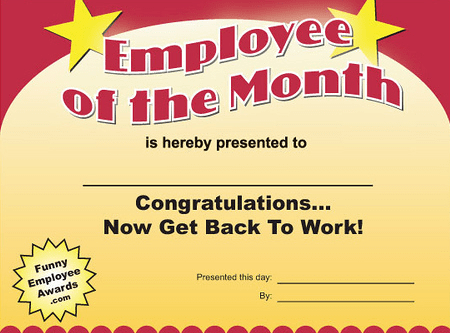 Home » Side Hustles » Freelance » Do Businesses Care About Their Employees Anymore?

This is a post that has been ruminating in my mind since starting my Taking the Plunge series a few months ago. If you’re not up to speed on my situation then I encourage you to check them out. My desire is to be as objective as I can without allowing my prejudices shadow my thoughts.

That said, the idea of whether or not businesses care about their employees has been something I’ve thought over for the last number of years. I saw entire teams be “down-sized” only to have the CEO be given a pay bump the following week and I saw functions be shipped overseas to save a few bucks yet have the process be severely impacted.

I know that I am not unique in this experience as many have seen this same scenario play out at their workplaces over the last decade, if not longer. Seeing as I am an inquisitive person by nature that has given birth to some thoughts in my mind as I look at the corporate landscape we now see ourselves in.

A Conversation Over Christmas

This past Christmas we had the pleasure of hosting my Dad’s side of the family to visit and stay with us. To know my family is to know that it’s an opinionated bunch and, to be fair, what family is not? My Dad is a baby boomer who works harder than any person that I have ever seen. Many men 1/3 his age would buckle under what he is able to do.

My brothers, on the other hand, are Gen Y’ers and see life from a much different angle. This can generally lead to some interesting discussions and Christmas was no different. My Dad made a statement that businesses no longer care about their employees and my brothers came back with saying that businesses never cared for their employees and that to expect anything different is short sighted at best.

To be fair, I think they both had valid points and I found myself, as usual, in the middle trying to keep peace and help them see the other’s point of view. I think the underlying current was the shift we have seen in today’s culture and coming to grips with the fact that things have changed. The challenge before us is acknowledging this change and being, at some level, comfortable with it.

At the end of the day I am not exactly certain on which side of the argument I fall. My Dad was coming from the stand point that in his day you would start at a company, work there for 30 or 40 years and retire with a nice pension and get a gold watch. For various reasons, that is no longer the norm.

With those things comes cost and ultimately a company might feel that they can’t stay competitive if they assume those costs. This has resulted in generally shifting more expenses to the employee from 401(k)s that put more of the responsibility on the employee to the employee being responsible for a greater share of the medical benefits.

This is also not to mention the fact that many companies significantly downsized their workforce over the last few years and continue not to hire in today’s climate.

What this has helped create is the age of the freelancer as suggested in this piece from CNN last year. More and more individuals are either being forced out of their jobs or simply not being challenged/rewarded in their current jobs and are jumping into freelancing or running their own business.

I see the appeal as we have done it ourselves and know many others have done so as well. I also think that there is a generational aspect in this and my father ceded that point during our discussion. People I speak with who are my age or younger have a much greater comfort level with self employment than my father’s generation.

Self-employment has many wonderful qualities. It helps inspire increased entrepreneurship as well as inspire ideas that can further us as a people. The downside to all of this, is that it pushes so much of the cost and responsibility for many things we either need or take for granted onto the individual.

My point in all of this, is that I believe that we’re continuing to see a shift in our culture in terms of what is expected of us as employees and also that many are choosing to go out on their own.

Whether this be because they were spit out of a massive firm that’s sitting on a pile of cash but does not want to spend their money on employees, because they’re wanting more freedom, or simply want to build multiple income streams the shift is still ongoing.

What Does the Future Hold?

Like I said at the beginning, I am wanting to be objective in my thoughts. Not to share some personal background would not be fair to myself though. The company I was at is a massive firm that was sitting, at the time, on a cash pile of $1.7 Billion and that’s just the cash they were sitting on.

They regularly tried to get blood out of a turnip and gave bonuses to the powers that be while at the same time telling the worker bees that “times were tough” and to be thankful that we had a job. I was thankful to have a job, but at the end of the day the hypocrisy was so thick you could cut it. I don’t share this to get sympathy; I had it very well and enjoyed many of the benefits my family received.

The point is, is that many people are in this situation, if not worse. For many this has meant that they’re going to look for other ways to make ends meet and improve their lot in life.

Many in my generation are no longer satisfied by staying at the same firm, but want to make a difference in this world and I whole-heartedly support that desire and believe it’s one that we need to continue to encourage. Just look at some of the companies we have around today that started with next to nothing and had a vision… Apple, Starbucks, and Whole Foods are just a few that come to mind.

Mind you these are the exceptions to the rule, but point to the fact that that the sky is the limit and that thinking outside the box can be a good thing. I, for one, am thankful that my wife and I did and are not turning back, but living in the freedom that we have been able to create for ourselves.

What are your thoughts? Do you think businesses care about their employees anymore or is this all ado about nothing?