Posted on September 11, 2017 by John Schmoll in Blogging 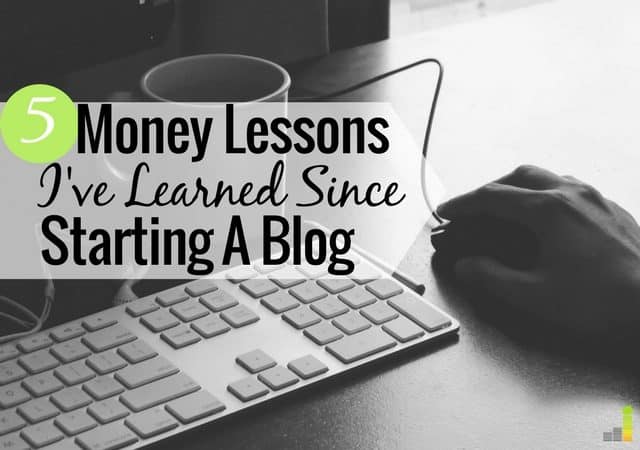 As of today, I’ve been blogging for exactly five years. It’s hard to believe that what started on a whim to talk with people about money has taken on a life of its own.

I can confidently say that starting a blog has changed my life. Through this site we’ve been able to grow our business in ways we didn’t think were possible.

Having spent nearly 15 years in the financial services industry prior to starting Frugal Rules, I’ve been talking with people about their money for nearly half of my life.

Suffice it to say, I enjoy talking to readers and pretty much anyone else about money and how it can be used to accomplish dreams. I’m thankful for all the readers, commenters and supporters of the site. It’s thanks to you that I’m able to do what I do, and for that, I’m very grateful.

I’ve had the opportunity to learn a lot over the past five years – and not all of it has to do with money. Today’s post is just a small blip, but it’s filled with the top five most important money lessons I want to share.

1. Your Goals Will Change – and That’s OK

I continue to learn this both personally and from a variety of readers. Life constantly changes, and your goals tend to change in lockstep.

Five years ago we just welcomed our youngest into the world and had a fledgling business. We saw success, but it was still slow going at times. I had no idea how to run a blog, or really what a blog was.

That’s no longer the case. Our goals have changed from spending just to spend to setting ourselves up for the kind of life we want.

It comes down to finding what’s important to you now and enjoying that for what it is, with the understanding that it’ll likely change in the future – and that’s ok.

2. It’s the Small Steps That Count

Quite often the biggest struggle I see others face is thinking that small changes won’t make a difference. I struggled with this as I was paying off debt. I thought that making a small change would have zero noticeable impact and just moved on with life.

I call this the airstrike mentality. We want something “big” as we think that’s the only way to move forward, not realizing that much of life is won battling it out in the trenches.

Don’t get me wrong. The big things count too. For example, the largest two expenses for many Americans are their house and car. If you don’t cut those costs, it’s going to be a struggle to make a budget, much less any positive progress.

That change in behavior allows you to build the momentum you need to tackle bigger steps with confidence and is what leads to long-term success.

3. Time is Our Biggest Weapon

This lesson seems to be a constant in my life over the years, as well as for those of many in the Frugal Rules community.

You can always find ways to bring in more money, but time is different. Yes, you can do things to free up more time in your day but long-term time is a precious commodity.

Time is also our best, and most overlooked weapon. This is true for paying off debt and investing alike. Albert Einstein called compound interest the eighth wonder of the world – and for good reason.

Time does wonderful things with money if you start early. Many think they can’t invest with little money, but those who start early and with small amounts are pleasantly surprised when they see their brokerage account balance in their early 30s.

Paying off debt works the same way. Putting off repaying debt means your lender is earning interest on your debt, so you have to pay them more. Starting earlier, even in small amounts, kills your debt quicker.

If you currently have debt and don’t know how to tackle it, here are 25 ways to start paying off debt now that will free you from the shackles of debt.

Money is a funny thing. It’s a taboo subject in large swathes of our society, which sets up a false equivalency – the idea that you have to be an expert to manage your money well.

That, my friends, is a lie.

I’ve spoken with countless readers over the years who have no background or formal education with money. Yet, they are absolutely killing it financially. No, they weren’t born into money, nor are they earning a multimillion-dollar a year salary.

What they are doing is taking ownership of their finances. They follow certain personal finance rules, and they don’t spend like crazy. It’s really that simple, in many cases.

You can do this too by simply taking advantage of opportunities. The Internet is full of helpful, and free, tools to help you learn more about money. Pick a topic you want to explore, and I can pretty much guarantee you there’s a wealth of free information out there.

Just off the top of my head, here are some topics you can find many helpful, free sources on:

The list could go on, but you get the point. Don’t hold yourself back; there’s a wealth of free information at your fingertips.

5. It’s Not About the Money 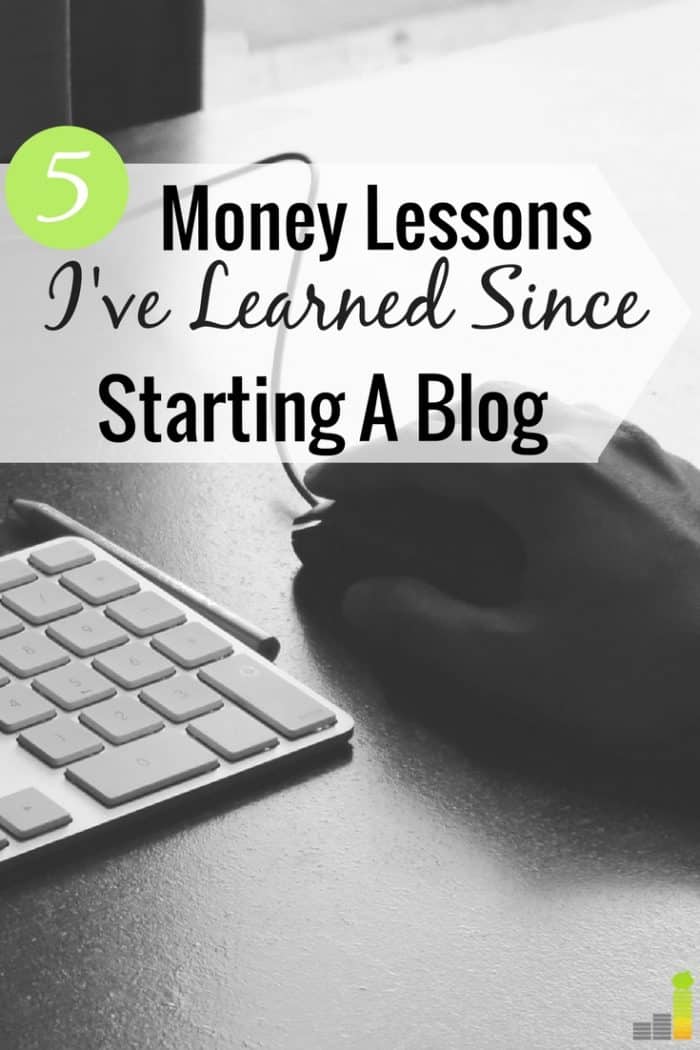 So often we think the most important thing is money. Yes, money is obviously important, but at the end of the day, it’s not about the money.

Money isn’t a goal. It’s a tool to get you what you want in life. Having a lot of money is great, but what it really gets you is freedom; freedom to live the kind of life you want – not what someone else tells you that you should have.

While you need money to get freedom, don’t let it become more important than what you want to accomplish in life. The chase for more money is awfully tempting, but a rather unfulfilling one when compared to simply living life on your own terms with freedom.

What’s the biggest thing you’ve learned over the past five years? How often do your goals change? What do you think is our biggest weapon when it comes to money?