Posted on November 25, 2013 by John Schmoll in Holidays, Shopping 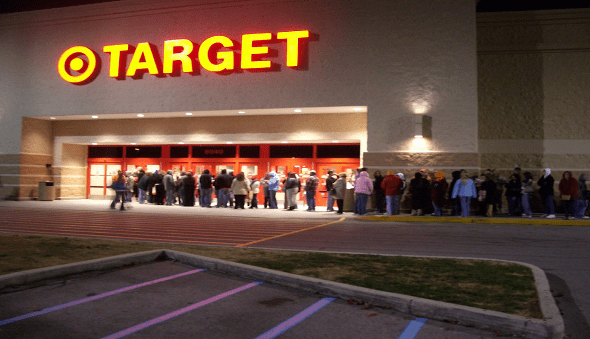 How on EARTH is Thanksgiving this week? The year feels like it has flown by, but Thanksgiving is probably my favorite time of the year for a variety of reasons. That feeling was instilled in me when we lost our sweet Isaac five years ago a few weeks before Turkey Day and I got to see yet again what we have been blessed with.

The thing I don’t like about this time of year is the annual Black Friday craze. It just seems like there is something that brings the crazies out of the wood work looking for awesome Black Friday deals.

Is Nothing Sacred Anymore?

A big reason behind the belief that Black Friday is dead is the growth of Cyber Monday and stores opening on Thanksgiving Day itself. Here’s a brief list of stores that are supposedly going to be open on Turkey Day:

Those are just to name a few and some are open virtually all day, while others open sometime Thursday night. To be honest, I really don’t like this on a variety of levels. The old-fashioned side of me says that people should be home with their friends or family celebrating the holiday and not having to work or buying crap they can’t afford. Let’s face it – so much of what we buy on Black Friday is just that – crap.

From a practical stand point, however, I know this is only going to continue to grow. We see it with our advertising business. Retailers put more and more money into marketing for the holiday in the hopes of getting our hard earned money. With the ever increasing online presence, many stores feel the need to push the envelope even further to where I think we’ll see this develop into an entire week, if not longer. We’re actually seeing this already with sites like Amazon and Wal-Mart.com rolling out deals in advance of Thanksgiving. Add this to some being crazed for the rush they get off of scoring a Black Friday deal on or before the day and the issue of sacredness is waning in my opinion.

Towards that issue of whether or not Thanksgiving is sacred any longer, I believe that many retailers are simply giving us what we as consumers are asking for. If they were not making money from it then they simply would not be opening on Thanksgiving, or at least the number of open stores would be much lower. That said, we can only blame ourselves, to a certain extent, in seeing this rash of retailers opening their doors on Turkey Day. How can we combat against this if we don’t like it? Simple – vote with your wallet. We as consumers vote for what we want when we spend our hard earned money and retailers pick up on that. Personally, I don’t really care whether or not stores are open on Thanksgiving; I won’t be shopping on Turkey Day but that’s the beauty of America – if you want to, you can. If you don’t like that stores are open on Thanksgiving then it’s quite simple, don’t go out shopping.

The Thought Behind Black Friday is Alive and Strong

One of the main sentiments behind the argument that Black Friday is dead is that so much of the shopping has shifted to other days. Honestly, we have seen that with:

However, what is the sentiment behind Black Friday? It’s about getting up at the butt crack of dawn to buy some TV the size of your house for $299. The only thing that has changed is that we now can do that on multiple of days instead of only one dark morning where we get up at 3:00 A.M. to stand in line with hundreds of other hopefuls who are as crazy as we are.

At the end of the day, there are two driving forces in the ordeal of Black Friday, Gray Thursday, or whatever the heck you want to call it – companies wanting to make even more money and our insatiable desire to spend money to get a perceived deal. I, for one, could care less what day I do my Christmas shopping done as I’ll likely be doing it from the comfort of my own home – on Amazon!

Do you think Black Friday is dead? Will you be going out Christmas shopping on Thanksgiving?