What’s Your Motivation for Becoming Wealthy?

Becoming wealthy is a goal many of us have in life. The striving for many can take you only so far without a goal. I share my motivations; what are yours? 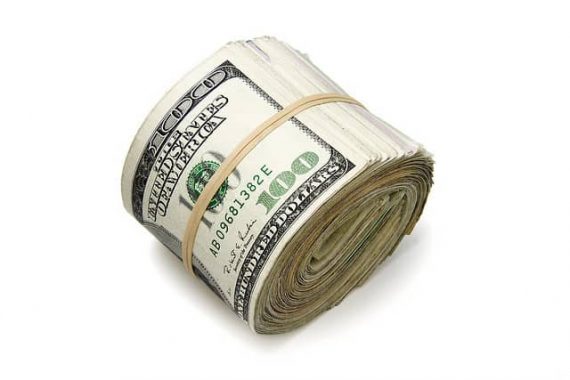 The following is a contribution from my blogging friend Ben at The Wealth Gospel.

As someone who often thinks about money and personal finance, I sometimes take a step back and wonder why I’m so obsessed with it. And then I wonder why any of us spend so much time working towards becoming wealthy.

I know my views on money go back to when I got my first job at age 14. I’d always tell my brother ‘no’ when he wanted me to go get lunch or see a movie. Instead, I saved up and bought a computer. I loved that computer. I spent hours and hours playing Diablo and Roller Coaster Tycoon, and burning cds to create “Dr. Love AKA Ben’s Greatest Hits” (oh you know it…those babies were in high demand!).

We all have our reasons for wanting to become wealthy, and I feel like mine have changed over the years. Here are some of the ones I came up with while walking down memory lane.

Even though I felt the computer was worth it, it hurt to give all that money up. I would never see it again. And while I felt like I was the bee’s knees, I felt somehow inferior to a couple of my friends who had saved more than me. Saving money then became part of my self-worth.

It’s nice to have the feeling that you’re established, that you have built this large financial moat around yourself. In a lot of ways, being wealthy puts you in a position of strength.

I think this is still a small part of my motivation to become wealthy, but with all the financial struggles my wife and I have gone through over the past few years, I’m glad I’ve largely moved on to other motivations.

In my opinion, being wealthy and being materially wealthy are two completely different things. Growing up none of my friends’ families had a lot of material wealth, but the area I live in now is full of it. When we get a chance, my wife and I will take a walk beyond our little apartment complex and walk through the nearby neighborhoods.

The houses are gorgeous and the luxury cars shiny and new. These are the people who have used their wealth to provide themselves with comfort and superfluity.

But as nice as it all is to look at, material wealth has never been something I’ve wanted. Other than the time I wanted a full basketball court in my home (because I was obviously going to be an NBA star), the idea of surrounding myself with stuff just isn’t appealing. Of course, just because I don’t want it doesn’t mean I have the right to judge those who do.

When I was in high school, I had a friend whose parents seemed pretty middle class. Neither of them had very high paying jobs, their house was pretty low-key, and they never had a lot of nice things. But once all of the kids were out of the house, they started traveling. In fact, for a long time, they were gone more often than they were home.

They had been saving their entire working lives so they could enjoy the world.

As I’ve had my own experiences living in Germany as a missionary for two years and doing humanitarian aid in Fiji and Mexico, I’ve become more and more inclined to forego certain things now so I can experience the world with my family. Of course, travel isn’t for everyone (weirdos), but there are plenty of other experiences to motivate you.

Like season tickets to your favorite college or professional team, box seats at the opera, or flying into space (although I guess if you don’t want to go to different places on this earth, you’d probably also be opposed to leaving it).

My experience in Fiji that I mentioned before not only awakened the wanderlust in me, but it also opened my eyes to the reality of the world we live in. Whenever my wife and I go on those walks to see the large, opulent houses, I can’t help but think about those people I met in Fiji and Mexico, living in houses made of corrugated steel or adobe, and the little children I met with sores all over their bodies because of malnutrition.

For many different reasons, a lot of these people can’t escape their circumstances on their own. But there’s the possibility that I might be able to help them.

If I really think about it, this is probably my greatest motivator to become wealthy. In fact, the name of my blog comes from Andrew Carnegie’s Gospel of Wealth, which is built on the premise that those blessed with wealth should use it to help others. The more I think about it, the more it motivates me.

This has become a big motivator for me over the last few years as my wife and I struggled through college and the first couple of years afterward, but even more so now that there’s a bun in the oven. As a husband and father, the last thing I want is for my loved ones to know poverty.

That being said, financial security means different things to different people. It depends on your goals and expectations. Even now, my view of what it would take for me to feel secure financially is different than it was a year ago. The key is to keep working until you get there.

There are several reasons why anyone would want to become wealthy. None of them are necessarily better or worse, because we’re all different. What is your motivation? What does ‘wealthy’ mean to you?

Ben is a freelance writer and blogger who does his thing over at The Wealth Gospel. He’s passionate about helping people find their true potential and align their behaviors with it. 10% of his monthly food budget goes to chips and salsa.