When Should You Really Become Debt Free? 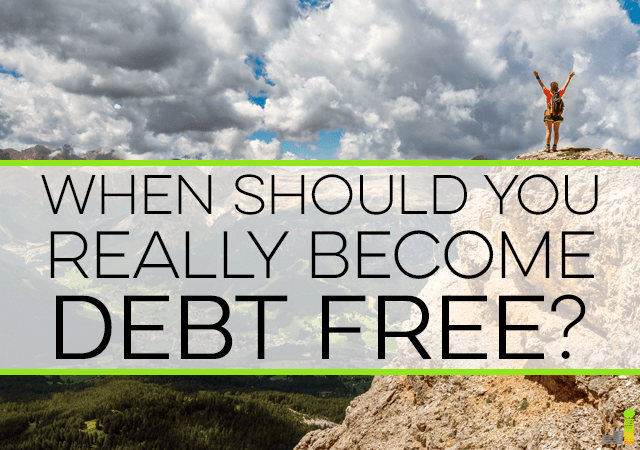 When I was in the middle of paying off debt I wondered if I’d ever become debt free. There were days the debt fatigue was so palpable that I wanted to give up. If you’ve ever had a mountain of debt to payoff you know the feeling – your best efforts feel futile. You’re sick and tired of not being able to do anything fun. You’re done seeing half of your paycheck go to some sort of creditor.

You then begin to ask yourself if it’s really that important to become debt free. Everyone else, or so you think, around you must be doing the same thing so does it really matter when or even if you pay off your debt?

In a word – YES! Yes it is important to become debt free and sooner rather than later is better. Here’s why.

Debt is an Emergency

Whether you realize it or not, debt is an emergency. I’m not the first one to say that and I probably won’t be the last. Have you ever faced a true emergency? If so, you know the feeling.

Your heart races. Your mind jumps to what else could happen. You feel vulnerable. Now imagine the emergency is financial in nature, except you have no money to handle the emergency.

You’re unable to do pretty much anything about said emergency because your money belongs to someone else. That’s the exact situation you face when you’re in debt.

No one likes to view debt that way. I guarantee you the financing person at the car dealership or the person who approves another card for you to rack up debt on won’t tell you about this real consequence of living in debt. They won’t tell you because their paycheck is dependent on people like you and I spending money we don’t have to get things we don’t need.

Debt Holds You Back from the Life You Want

How many times have you had a conversation with someone that goes something like this:

“Both sound great, why can’t you do either?”

“Well, I have too much debt or I have no money after paying the minimums on my credit cards this month.”

If you’re like me then you’ve been in many a conversation like this over the years. I will tell you one thing – I used to be on the wrong end of this. Once I finally woke up and saw the foolishness of my actions I vowed to never be there again.

We think a life riddled with debt is good or acceptable, when it really only shackles you to someone else. In essence, it’s like going to the movies only to see the previews and walk out because you don’t feel like watching a movie. It’s senseless and keeps us from the kind of life we truly want.

Once you get to the other side of paying off debt, you’ll see life is fuller and freedom is abundant. You’ll wonder why you ever mired yourself in debt in the first place – trust me, you will.

You Need to Grab Debt by the Horns

Paying off debt is not for the weak of heart. You need to attack debt like you’re assaulting an enemy – because it is. It is an enemy to your financial and mental health. We don’t like to think of it as such, and we hold ourselves back when we do.

The Internet is full of amazing stories of people who have paid off significant amounts of debt. I’ve met a fair number of them myself and I can tell you one common theme among each and every one of them – they took no prisoners. They attacked debt with all they had. This is not to say it’s easy, but it can be done when you battle debt on multiple fronts.

When should this grabbing the proverbial bull by the horns take place? It should happen as soon as possible! Don’t put it off for years. Don’t assume you can handle it in retirement. In fact, some of the most scary money statistics have to do with those carrying debt into retirement.

Nearly a quarter of those 75+ take a mortgage into retirement. USA Today reports those between 60-74 have at least $6,000 in credit card debt. CNBC reports those over 50 have a cumulative $204 billion in student loan debt.

You don’t want to be a part of either crowd. You want your life now and later to be one free from debt so you can have the kind of life you want – but it involves taking debt by the horns now. 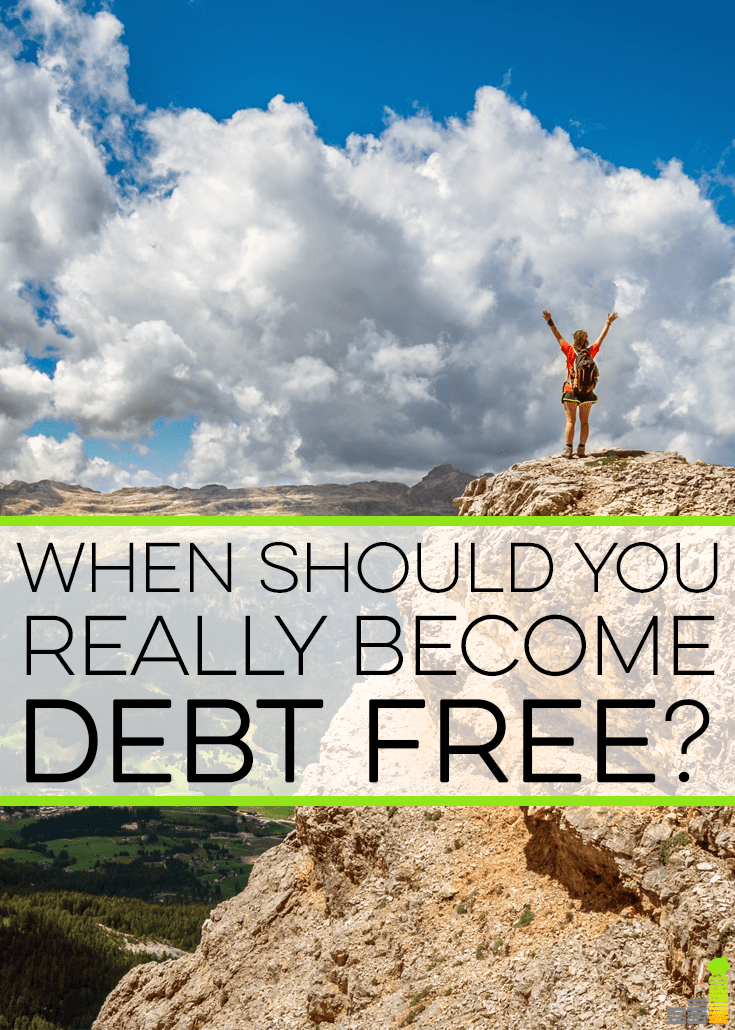 I know there are many other ways to start killing your debt now, though this will provide you a great start to move towards the kind of life you want – one of freedom.

Why do you think so many don’t think it’s important to pay off debt? What changed in you to want to kill your debt once and for all? What’s another way someone can pay off debt?