Amazon Prime vs Walmart – Who Has the Better Deal?

I compared Amazon Prime vs Walmart to see which offers the better deal. Read to see the winner between Walmart and Amazon comparing different items. 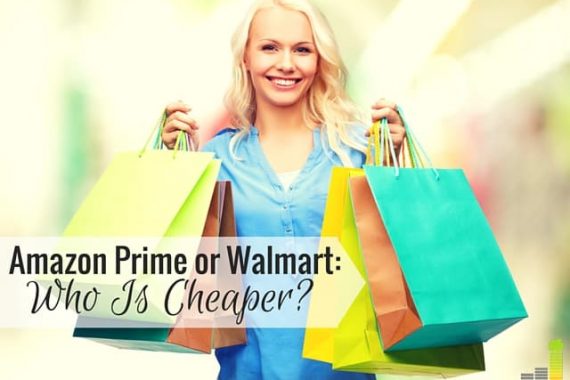 Home » Save Money » Amazon Prime vs Walmart – Who Has the Better Deal?

Amazon Prime vs Walmart – both offer great deals, but who really is the best. I have no love loss for Walmart and like to shop as much as possible on Amazon, but Walmart can offer good prices. I recently went to Walmart to survey some of the items we typically buy just to see who has the better deal.

We do a large majority of our grocery shopping at Costco. However, there are just some things that we either can’t get at Costco or choose not to have massive quantities of – thus our need to still go to Walmart from time to time. This is where Amazon Prime enters the picture.

At first, I was hesitant to think we could get a better deal with Amazon Prime, considering the $119 annual fee.

As I got into comparing Walmart vs Amazon Prime I started to really see that you would need to recoup those additional charges in order to make Amazon the better deal. Let me take that back. I knew that, of course, I just didn’t realize the role it would play.

In addition to that, if you also hate the Walmart shopping experience, they do offer the Walmart online shopping platform which allows for free shipping in some cases for orders totaling more than $35.

One thing you want to keep in mind with both Amazon and Walmart is both stores regularly are featured by some credit cards to get 5% cash back on purchases during a particular quarter. Chase cards are one example of this in the recent past. In cases like this, you receive 5% cash back, up to a certain amount, during a quarter selected by the card issuer.

Click here to find cards that may qualify for up to 5% cash back on future purchases at one of the stores.

That being said, I wanted to compare Amazon Prime vs Walmart to see who has the better deal. From what I can tell, it’s not truly an apples to apples comparison though not that far off from it. That goes back to a number of things like pricing variance at different Walmart locations, based on your zip code, not to mention sales as well as some items coming in different sizes.

The other issue is that Amazon offers products through third party vendors which might be cheaper than Amazon itself.

The final issue was that Amazon Prime does allow for lower pricing if you go with the Subscribe and Save plan which gets you the same item on some pre-determined interval so that must be taken into consideration as well.

I compared 11 different items between Walmart and Amazon. I tried to get a general range of items in both groceries as well as around the house needs. We use many of these items ourselves, and a few others are ones I know others commonly use. With that out of the way, let’s get on with the review of Amazon Prime vs Walmart.

Amazon Prime vs Walmart: The Showdown

The first item I compared was a 12 pack of Coke. We don’t drink it any longer, but know many who do. Our neighborhood Walmart charges $4.24, while Amazon Prime charges $3.99 – as they offer a 20% off coupon.

This is a Prime Pantry item, so that would need to be included. It came out to taking up 22% of the 45 pound box. All else considered I would call this a slight win for Walmart. 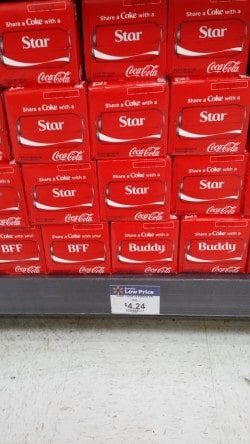 We love to eat air popped popcorn as a snack in our home. We like to use Kernel’s Popcorn Seasoning on it from time to time. At Walmart they charge $1.97. 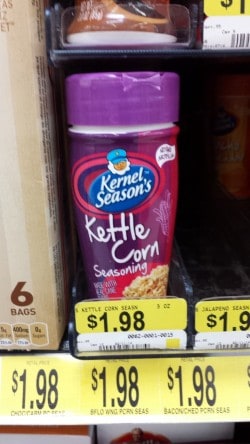 We go through a lot of diapers and use the Diaper Genie refill in our house.

If you go with the latter option it comes out to $1.85 per can, however all 12 must be the same flavor. Due to that I’ll call it a draw. 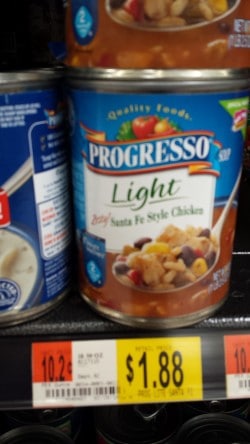 I use Head & Shoulders for shampoo, rather the generic version. 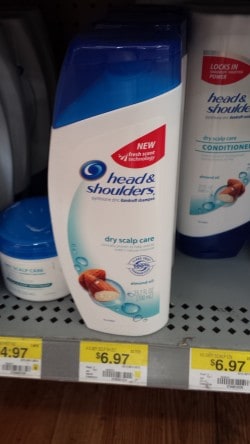 I use Right Guard Total Defense Gel for deodorant. 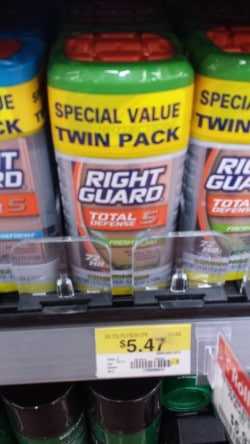 Everyone uses paper towels and the best one to compare was Bounty Basic 12 packs. They charge $11.94 per 12 pack at Walmart and $11.72 at Amazon Prime.

We use Hefty Trash Bags in our house and usually get whatever pack has the best per unit price. In this case the best comparison was the 45 count box.

Walmart charges $7.82 per box with Amazon Prime selling it for $7.49; however it is a Prime Pantry item which takes up 5% of the box. With that being the case I would call it a draw or slight win to Walmart. 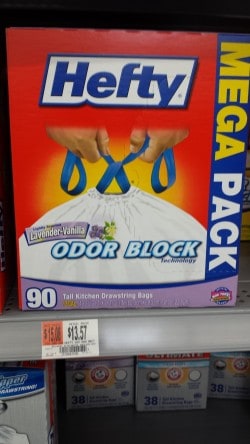 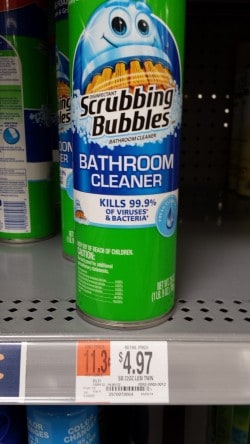 We like to have Lifesaver Wint o Green mints in the house for breath freshener. 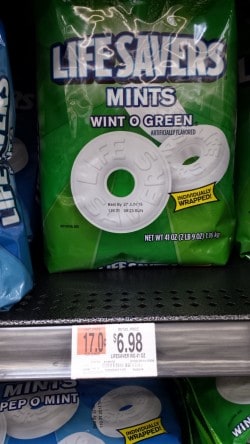 The final comparison was between Colgate Sensitive toothpaste. Walmart charges $3.96; Amazon Prime charges $3.59. This would give the win to Amazon.

As much as it pains me to say it, after taking a somewhat in-depth look at both options I think the slight win in the Amazon Prime vs Walmart battle goes to Walmart. You could try and get around this without getting Amazon Prime, but that would get rid of the free two-day shipping.

That also gets rid of the Prime Pantry option and restricts you from getting many of those items.

There are also other cases, like in the case of computers or electronics the hands down winner goes to Amazon.

*Related: If you do a lot of your shopping online, keep track of price reductions with Capital One Shopping Price Protection, formerly Paribus. Capital One Shopping monitors 25+ retailers, and when an item you buy goes down in price they assist you in attempting to get a refund of the difference!*

I believe some things don’t always come down to money. You have to look at what you like in life and what makes you happy.

We did sign up for Amazon Prime and really love having the service. We frequently use the two-day shipping, but we also love the streaming service available through the Amazon Fire TV Stick – which is very comparable to Netflix

I like not having to step foot in Walmart. As I went in to the store to research prices I could tell an increased sense of agitation and stress come over me. Silly, I know, but true. I’d like to avoid that. 🙂 I think for the extra $100 plus whatever Prime Pantry charges it’s worth it to me to have it.

That’s also not to mention all the other things you can get out of Amazon Prime like the free movies, music and ebooks. I will also mention that there will be cases where signing up for Amazon Prime would be good for some – especially those unable to get out to buy their things or those who live in remote locations where stores aren’t plentiful. In those events it would definitely make sense.

If you’re on the fence about signing up for Amazon Prime, they do offer a free 30-day trial to see how you like it. It’s a good way to experience all the services and if it’s worth the added cost in your budget.

What are your thoughts on Amazon Prime vs Walmart? Would you pay the fee to sign up to avoid shopping at Walmart? What else do you look at when comparing prices?