What My Air Conditioner Taught Me About Saving Money

Posted on January 2, 2013 by John Schmoll in Frugal Living, Saving 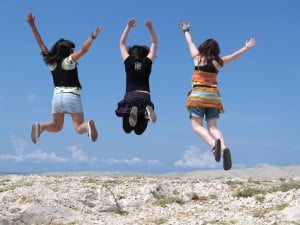 I was a bit lazy over the weekend and thought what better than to bring back an oldie but a goodie from my first days. People often talk about Christmas in July, well here’s a post that brings a little of July into the Christmas season.

Anyone who has followed the news this summer knows that the heat has been brutal this summer. Living in the Midwest, my family and I have endured the brunt of it. We had a stretch of 62 days in which we had no rain. Added to that we’ve consistently had highs over 100 for many days.  The heat has not helped our goal of saving money on utilities.

The combination of the heat and little precipitation has been brutal. Just ask my wife, the resident green thumb; our typical bounty of harvested veggies from the garden has taken a substantial hit, which makes everyone in the house just a little sad.

Throughout all of this though, our air conditioner has been a trooper and continued to soldier on and keep our house relatively cool. That was until a few Saturdays ago. I came home from taking our daughter out to get breakfast for the family and the house felt a bit warmer than usual.

This was peculiar because this particular Saturday morning the temperature was in the low 60’s and the sudden shift when I stepped foot in the house was immediately noticeable. As we ate, the temperature in the house continued to rise. Something just did not seem right.

Being that I have two left hands when it comes to anything related to home repair, I called my Dad. He walked me through a few steps, which did not seem to fix anything. So, I called a family friend who has extensive knowledge of air conditioners, with the hope of saving money by having him come look at it.

Of course, he was on vacation and unable to come over. He walked me through a few steps over the phone, but to no avail; the air conditioner was still dead. With our hopes of saving money on a simple fix dashed we decided it was time to call a repair tech. Thankfully, they charged no more to come over on a Saturday as opposed to a weekday, so we decided to have them to send someone out. A tech arrived within the hour and was soon working on our dead unit.

Thankfully, after about 20 minutes the tech was able to get the air conditioner working. It turned out to be a relatively simple fix as the capacitor had blown and the unit was low on freon. Including the service call charge, the total bill came to roughly $400, which was a much easier pill to swallow versus what I was fearing would be a several thousand dollar charge.

In the midst of the tech attempting to diagnose the problem, he had taken the thermostat off of the wall. When he went to put it back on though, the display did not come back up, which probably resulted from the fact that he struggled to reconnect it. He told us that the thermostat needed replaced and asked if we would like him to do it or not.

Thankfully, unknown to me at the time, my wife had stepped away to call my Dad back to ask him his opinion. Her goal was to be saving money for us, thus why she called him. Since the idea of me trying to install a new thermostat seemed daunting in the least, I decided to bite the bullet and have the tech install the new one.

Not knowing anything about costs myself, I was not really shocked when he started quoting prices of anywhere from $180-300 for a new thermostat. Sure, it would’ve driven up the cost, but it would be done right. Well, my wife returned from wherever she had been (now I know that she had called my Dad) and interjected and turned down the tech and said we could take care of it ourselves.

What? I can’t do that!  I’ll burn the house down was my first thought, and was not rationally thinking about trying to save money. The tech obliged and went about his way to clean up from his work. This left my wife and I to discuss why she had announced that we would be taking care of the thermostat ourselves.

She then told me that she had called my Dad and that he informed her that a thermostat would cost no more than $70-80 and that they were easy to replace.

There Can Be Numerous Benefits to Saving Money

Wow! I was so thankful that my wife had the sense I did not to try and save money as opposed to giving in to the tech. Thanks to her call she saved us at least $100 and we could now have the fun of installing the thermostat and teach ourselves something new.

You see, in the moment of an emotional decision, I threw my frugal mindset out the window and was not thinking about saving money. Thanks to my wife we were able to save some money and at the same time teach ourselves something new, which gives us yet another home repair trick under our belts for the future.

What is a decision you’ve made, that while seeming scary at the time, resulted in saving money?