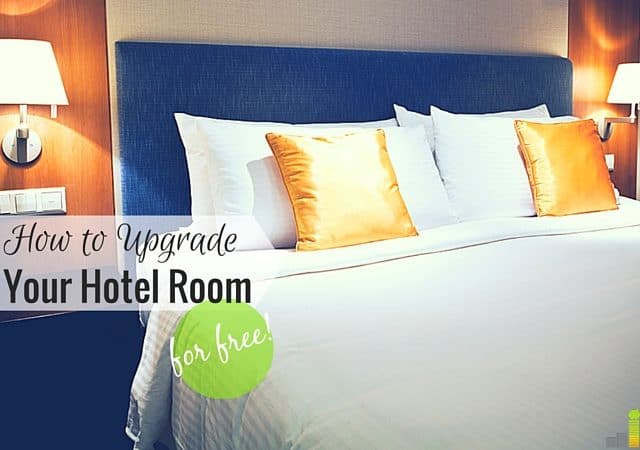 If you’ve not heard of the 20 Dollar Sandwich Trick before, it’s basically a way to get a “complimentary” upgrade when staying in a hotel. I know you could just pay for the upgraded room upon booking, but where’s the fun in that? 😉

The idea behind the $20 Sandwich is to get something of value for the tip you’re giving to the check-in clerk. Why is it called a “sandwich” you ask? Well, it’s because you slip in a $20 bill (or whatever other denomination you choose) between your driver’s license and credit card at check-in.

The check-in clerk can either offer you an upgrade and keep said cash, they can say there’s nothing available and return the cash, or they can check, still find nothing and keep the loot. So, you have a one in three shot of losing the cash and getting nothing. For $20, I was willing to take the chance to see what the experience would be like.

I had read plenty about the 20 Dollar Sandwich Trick before we went to Vegas. We normally just get the basic room when we travel to Vegas, but with it being my 40th birthday we wanted to go all out and spend as little as we could.

If you didn’t know already, we traveled to Vegas for free all thanks to rewards points from our credit cards – (you can find similar credit cards to the ones we used here.) After talking about it with Mrs. Frugal Rules about the $20 Trick she was adamantly opposed to doing it herself, but was more than happy for me to do it. You’ll see later why that’s humorous.

That being said, we did do the $20 Sandwich Trick in Vegas and had differing results. I’ll share the success and defeat behind each. I should also point out that the $20 trick is largely, at least from what I’ve read, relevant mainly in Vegas as it’s a city that thrives on tips. If I were to try it here in Omaha I’m quite certain I’d get some goofy looks and told what to do with our money.

The 20 Dollar Sandwich Trick Falls on its Face

We arrived at the Monte Carlo late Sunday afternoon and I scoped out what clerks were available. I’ve read that female clerks are more inclined to help out when the 20 Dollar Sandwich is presented, though I’ll hardly say that it’s scientific data. I found an open clerk, making sure there was no manager around and tried small talking with her. This was my first mistake…I’m not a small talker by any means and I’m sure it came off as mechanical.

I told the clerk that we were there to celebrate my 40th birthday and wanted to see if they had any complimentary upgrades. She wished me a happy birthday, said she would have to do some checking and walked away. She went and spoke to what I assume was a manager came back a few minutes later and said they had nothing available. I proceeded to ask if they had any complimentary buffet or spa passes available and she declined.

We went on to finish the check in process and she returned the $20 bill. So, no harm, no foul. As an aside, the shuttle driver on the way over to the Monte Carlo said there were four major conventions in Vegas and one of them was at the Monte Carlo.

It’s likely that they were very full and an offer of $20 for a one-night upgrade likely presented no motivation to the clerk. I’m also quite certain that my disjointed way of trying to start a conversation didn’t help out either.

We weren’t too disappointed as we were only there for one night and really were aiming to score with the 20 Dollar Sandwich at the main place we were staying, the Bellagio.

Remember how I said my wife wanted nothing to do with the 20 Dollar Sandwich Trick? Well, after seeing my pathetic performance she woke up Monday morning and said she wanted to give it a try at the Bellagio. After making sure she didn’t feel pressured into doing it, I was happy to let her give it a try. We discussed our strategy and decided that instead of plunking down $20 we would give it a whirl with a C-Note.

Before you decide to throw some projectile at me, I like to play big or go home and thus had the same mentality with this attempt. Secondly, we were staying at the Bellagio, for free, for three nights.

We felt the need to make it worth it for the clerk and to provide decent value – we also didn’t see the harm in risking $100 when that was our only expense, other than spending money, for the trip . We decided to send Mrs. Frugal Rules up to the check in area on her own. I stayed behind and walked around the Chinese New Year displays while she worked her magic.

We’re about as opposite as can get and my lovely wife can chit chat with the best of them. She found an open clerk, making sure they were not near a manager, and started sharing about why we were there.

That turned into a 30-minute discussion during which they bonded over being Moms and Mrs. Frugal Rules slyly put a $100 bill in between her ID and credit card. After asking my wife a few questions, she offered to have our bags held there and said she would text her when our room was ready.

We went off to Caesar’s to enjoy the breakfast buffet and about an hour later the clerk texted my wife with what our room assignment would be. We had originally been booked for a Salone Fountain View Suite.

Thanks to the 20 Dollar Sandwich, she had upgraded us to a Bellagio Premier Fountain View Suite which was, as we can tell, about $150+ more per night. So, for $100 we got the value of roughly $450 – not too bad in my opinion.

The new room was just a little smaller than the size of our house, included butler service, separate men’s and women’s restroom areas, Jacuzzi in the room and a number of other nice features. According to my wife, this is what helped her be successful with the 20 Sandwich Trick: 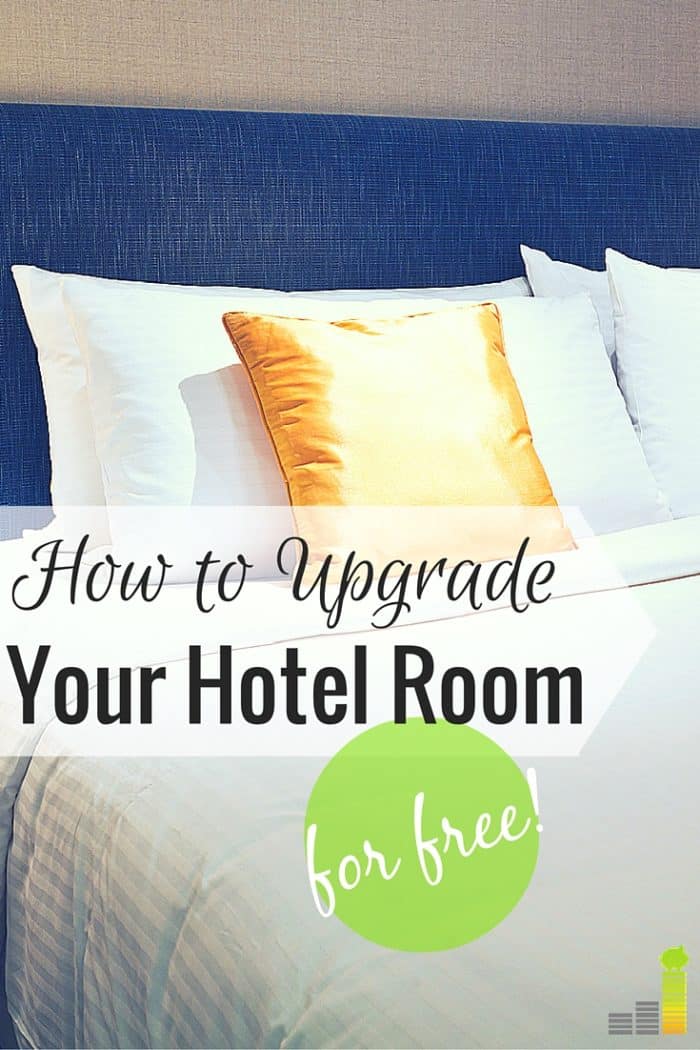 I’ve heard of limited success at international hotels, but it varies on the location. It can’t hurt to help, especially if you really want that upgrade. If you plan to travel internationally, read our guide on where to get passport photos near me to save money.

There you have it. So, thanks to my lovely wife we were able to enjoy a killer room at the Bellagio. If you do try the $20 Sandwich Trick in Vegas, or anywhere else for that matter, remember that you need to offer some sort of value and to be realistic – you’re not going to get the Presidential Suite for plopping down a $20 bill. Also, be open to other amenities, like buffet passes, show tickets, or something else of value.

Additional resource: If you’re interested in travel hacking so as to earn free travel, there are many cards to consider when doing so. Each card has a little different spin with regards to if they offer cash back or travel rewards – both of which are valuable in their own right. You can check out some of my favorite credit cards here that can get you started on racking up rewards. If you have any questions as to how to start or what to look for in a card, feel free to contact me.

Have you tried the 20 Dollar Sandwich Trick before? If so, what has your success with it been? If not, how nervous do you think you’d be by asking for the upgrade?